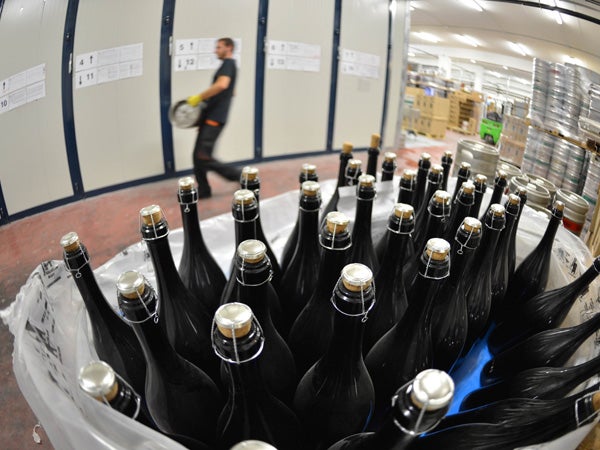 JOHANNESBURG – Revellers at a South African outdoor rock festival no longer need to queue to slake their thirst— a flying robot will drop them beer by parachute.

After clients place an order using a smartphone app, a drone zooms 15 meters (50 feet) above the heads of the festival-goers to make the delivery.

Carel Hoffmann, director of the Oppikoppi festival held on a dusty farm in the country’s northern Limpopo province, said the app registers the position of users using the GPS satellite chips on their phones.

“The delivery guys have a calibrated delivery drone. They send it to the GPS position and drops it with a parachute,” he explained.

The drone was built in South Africa and nicknamed “Manna” after the Old Testament-story of bread that fell from the sky to feed the Israelites travelling through the desert following their exodus from Egypt.

“It’s an almost Biblical thing that beer is dropping from the sky,” said Hoffmann.

The beer, free at this stage, is dropped in plastic cups and the drone is performing well.