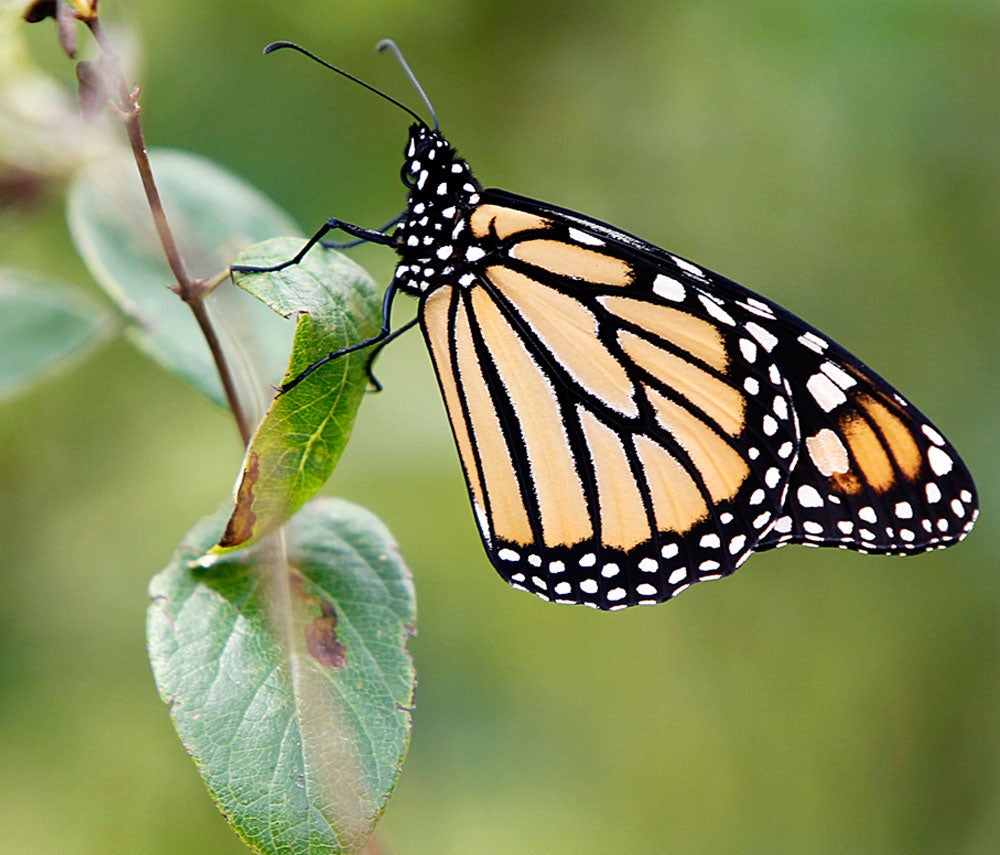 Hunting for butterflies in Pakistan

AYUBIA – In the mountains of Pakistan, a Frenchman is on a mission. Armed with a net and a smelly cheese, Jerome Pages braves the perils of Taliban militants to chase his obsession: butterflies.

For two decades,  the 64-year-old has scoured the remote, pristine landscapes of Pakistan’s north, where the Himalayas meet the Karakoram and Hindu Kush ranges.
He scrambles across the cedar-robed hillsides of Ayubia, 100 kilometers (60 miles) northwest of Islamabad, the majestic peaks of Kashmir on the horizon, chasing a butterfly known in India but not in Pakistan.

“What a beauty! You only find this species in the Himalayas,” he exclaims, stopping before a tiny butterfly with lime green tints on its wings.

Before the September 11 attacks, thousands of foreign tourists came to Pakistan to climb and hike in the foothills of some of the world’s highest mountains.

Now the risk of attack means the few who come are accompanied by armed police. In June, Islamist gunmen killed 10 foreign climbers at a camp at the base of Nanga Parbat, the country’s second-highest peak.

But the rapid shrinking of the areas accessible to butterfly hunters has not stopped Pages jumping in his battered jeep to tour Khyber Pakhtunkhwa, Gilgit-Baltistan and Kashmir— accompanied the whole time by policemen bemused at this strange foreigner’s antics.

A professor of statistics at an agricultural university in Rennes, northwest France, Pages emerges from his chrysalis in the summer holiday to flit around Pakistan.

This year’s expedition saw him equipped on this trip with some unusual bait— a Maroilles cheese.

“A few days before I set off, my wife bought a Maroilles, but it was starting to turn. A Maroilles on the turn and a journey to Pakistan. It clicked immediately and I brought it with me,” he said.

Butterflies are attracted to rotting matter, and Pages hoped the pungent, orange-skinned Maroilles would prove a potent addition to his usual armoury of decaying fruit.

But while his guide Nasir certainly felt the kick— “It’s very strange and very strong,” he said through a pinched nose— the butterflies weren’t so interested in the cheese, and Pages stuck to the tried and tested fruit.

After years chasing butterflies in Turkey, Pages turned to Pakistan in 1994 almost by default. He has come to love its variety of terrain, from deserts to damp forests, and for the fact it remains unexplored by other collectors.

“Afghanistan was impossible, Iran very difficult, so Pakistan it was. The unique thing about Pakistan is the great range of habitats,” he said.

“In France, every species has been recorded for almost a century— there are no new butterflies any more, but in Pakistan there’s always the hope that somewhere off the track you might find something new.”

And in 2006 his quest bore fruit, when he found a previously unknown species, with brown and ochre wings in the Swat Valley, which been described in the past as the Switzerland of Pakistan.

He named the new butterfly “Annieae” after his wife Annie and gave specimens to the British Museum in London and the Musee de l’Homme in Paris.

Sadly it was Pages’ last visit to Swat— a year after his discovery the Taliban seized control of the valley, banning girls from attending school and executing opponents.

An army operation flushed them out in 2009 but insecurity in Swat persists, preventing Pages returning. Last October Taliban gunmen shot schoolgirl activist Malala Yousafzai in the main town of Swat.