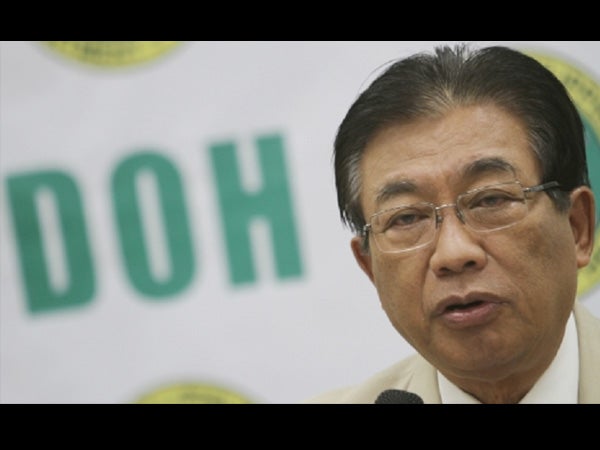 MANILA, Philippines—After seeing how its officials lost their belly fat and the extra inches around their waist, the Department of Health (DOH) is set to bring its six-month weight loss program to four other government agencies that want healthier and fitter staff.

Health Secretary Enrique Ona announced Monday the DOH would begin implementing its “Belly Gud for Health: The Executive Edition” program at the Department of Labor and Employment, Department of Environment and Natural Resources, Commission on Audit and Government Service Insurance System.

Ona said the four agencies had asked the DOH to bring the program to their employees.

Ona made the announcement at an award ceremony on Monday where at least 11 of the DOH’s top officials, directors, division chiefs and program managers were recognized with cash awards, trophies and prizes for becoming leaner and sexier.

“This is one of the few moments in life when losers are winners,” Ona said.

“We wanted all DOH staff, from the executives to the rank and file, to practice what they preach in maintaining good health. We don’t want them to suffer the consequences of noncommunicable diseases that could result from work stress, binge eating and lack of physical activity,” he said.

Dr. Carmela Granada of the National Center for Disease Prevention and Control and Dr. Emmanuel Tiongson of the Dangerous Drug Abuse Prevention and Treatment Program were declared the grand winners for taking off 15.70 centimeters (six inches) and 10.50 cm (four in) from their waists, respectively.

Granada’s waist measured 108.20 cm (42.5 in) when the challenge started in February, while Tiongson had a 108.40-cm (42.6-in) waist. Tiongson also received a special award for perfect attendance at the various healthy lifestyle intervention activities provided under the challenge.

Each of the grand winners received P10,000, a trophy and prizes from fitness center, Slimmers World.

The DOH officials volunteered for the weight loss program, which was aimed at helping them fight stress and unhealthy eating habits that often come with management work.