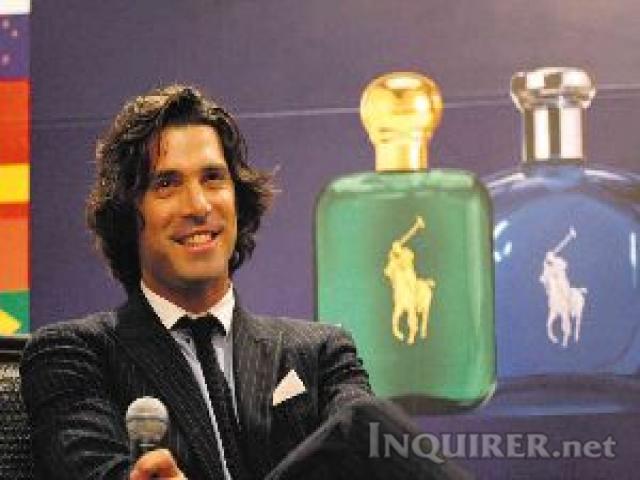 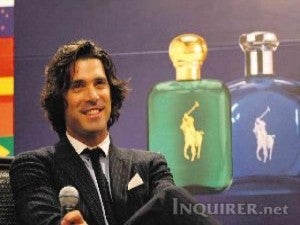 WORLD-CLASS POLO player Ignacio “Nacho” Figueras, the face behind Ralph Lauren’s line of Polo fragrances, has been dubbed by the international media as the David Beckham and Michael Jordan of polo, and perhaps rightly so.

Figueras, a native of Argentina, recently visited Manila (his first) upon the invitation of his good friend, Filipino businessman and polo player Bobby Aguirre. He took the opportunity to meet with lifestyle journalists at the Peninsula Manila to talk about his role as RL fragrances’ brand ambassador as well as his many involvements on and off the polo field.

His catchy nickname was given to him by his mother decades before the comedy film “Nacho Libre” hit multiplexes.

“I’ve always been called Nacho at home,” he said. “Only my Grade 3 teacher called me Ignacio. Nacho is a common nickname for boys named Ignacio in the Spanish-speaking world.”

Dressed in a dark blue pinstriped suit with matching tie and sky-blue shirt from RL’s Black Label collection, the movie-star-handsome Figueras, 33, instantly charmed the ladies with his wit and off-the-cuff remarks, from why he prefers abstract paintings over figurative works, to his favorite RL Polo scent (it comes in five variants).

“Polo Green (aka Polo Classic) is still my favorite,” he said, “but it depends on the person and what he feels at the moment. It’s really about what makes you feel good. I suggest you buy them all, and tell me what you like.”

Figueras, who turned professional at 17, started playing polo at the tender age of 9. He and his dad share a love for horses, and this eventually led him to the sport. He’s been the image model and spokesman for RL fragrances, and later also its men’s wear, for 11 years now.

“Polo gave me the chance to travel, meet new friends, and learn different cultures,” he said. “I have a responsibility to make the sport more reachable and inviting to people.”

He and his wife, photographer Delfina Blaquier, a fellow Argentinean, have three kids: Hilario, 11, Aurora, 6, and Artemio, 1. Although he values his privacy, Figueras didn’t mind having his family, including his wife, star with him in one of RL’s video commercials.

He shuttles between the US, particularly New York and Palm Beach, where he plays with his team Black Watch during summer and winter, and a ranch outside Buenos Aires. Despite having traveled almost everywhere around the world, home to Figueras is still Argentina.

In 2009, he was voted by Vanity Fair readers as the second most handsome man in the world, below Brad Pitt and above “Twilight” star Robert Pattinson. Figueras has yet to make the big switch to entertainment, but he has graced a number of American-produced TV shows such as “Oprah,” “Martha Stewart” and “Gossip Girl.”

Not only is he as good-looking as Beckham, he also seems to have a soft spot for underprivileged children. He has played a couple of times with British royals Princes William and Harry to benefit charity.

Apart from spending time with family and his horses (he trains on horseback for up to three hours a day on top of stretching and weight training at the gym), Figueras still finds the time to dabble into painting.

Asked by moderator Bianca Valerio why he chose to focus on doing abstract over figurative works, Figueras had a ready answer, which again managed to charm the ladies.

“Well, it’s easier to do abstracts than landscapes,” he said with a naughty grin. “You just do a number of random brushstrokes and no one would know the difference. But really, it’s the kind of art I enjoy doing.”