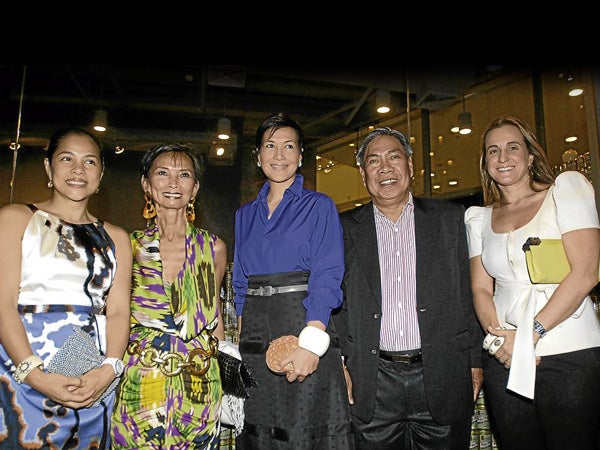 AS WORK takes me to Greenbelt 5 almost every week, traipsing in and out of its sliding doors and walking past the unique Celestina store is inevitable.

Though I’m always in a rush, passing by Celestina usually entails a sideward glance then a double take to silence that curious voice in my head telling me to find out what’s new with the store. But I usually can’t help but stare at the windows like a wide-eyed girl and marvel at the displays.

The store sits quietly in one corner but remains conspicuous and interesting, as every change in display is a unique take on the store’s new offerings, breathing the design philosophy and the current musings of owners Tina and Ricco Ocampo.

Last month, there were plasticized human body parts (borrowed from the exhibit at The Fort) that, in retrospect, seemed grotesque but definitely provided an eerie lesson in anatomy. Hence the exhibit was titled “Myth of the Human Body.” But somehow, the couple still made things work well with Celestina’s Fall/Winter 2010 collection of minaudières, totes and other accessories.

Now, in place of the plasticized human body parts are cans of San Miguel Brewery beer—4,800 cases of cans (worth P6 million) to be exact.

Thinking out of the box

Asked about what drives him to create such displays, Ricco replied, “Thinking out of the box.” He noted that the displays are not meant for everyone but for Celestina clients. So a personal touch is provided—from the time the shoppers walk into the store to the time they unwrap their Celestina purchase. Of course those who are privy to the brand and the craftsmanship that goes into each Celestina piece would appreciate the store’s unique aesthetic.

“We’re past doing the conventional store displays, advertisements and such,” Ocampo said. That’s no understatement as Celestina has achieved worldwide fame. It can be found in the hands of fashion icons and Hollywood A-listers. It has been selected by Vogue as the ‘It Bag’ and photographed in the hands of stars such as Halle Berry, Sandra Bullock, Drew Barrymore and Eva Longoria. 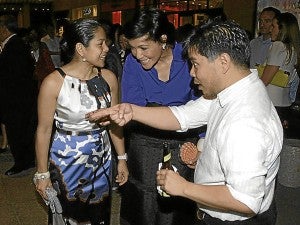 If there’s another thing to praise about the brand and its owners, it’s the value it gives to social awareness.

As the cans of beer would indicate, Celestina is collaborating with San Miguel Brewery Inc. to celebrate Filipino heritage. San Miguel has pledged to donate half a million pesos to Bea Zobel Jr.’s Habitat for Humanity while Celestina shoppers are encouraged to fill the cans (slit on top to resemble an alkansiya) with their donations, also for Habitat.

The two disparate brands have one thing in common: they’re two truly Filipino global brands. As the minaudières, neoprene capes, crocodile leather day bags, and other accessories sitting comfortably atop the San Miguel Brewery cans would show, fashion and beer cans look trendy together—for a good cause. And buzz or no buzz, Celestina’s store displays remain eye-catching and intriguing season after season. 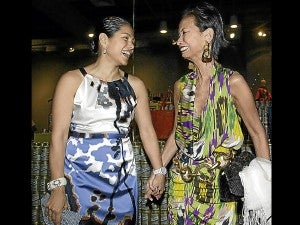 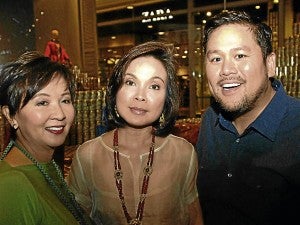