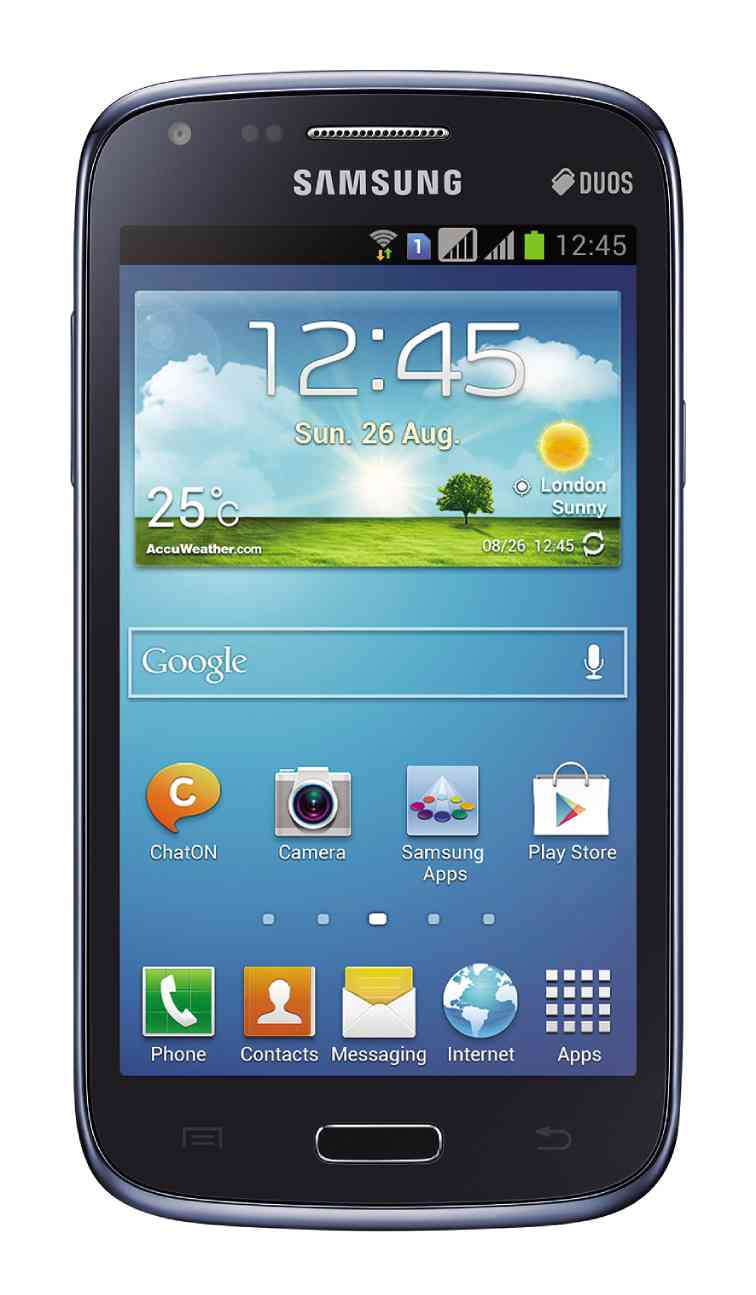 Samsung Galaxy S Duos is packed with frequently used smartphone features and more. It runs on Android 4.1 Ice Cream Sandwich; has a built-in organizer; photo and video editor and document viewer; and also has a card slot for a micro SD to expand its capacity up to 32GB. It also has a 5-megapixel rear camera and VGA front camera.

The Samsung Galaxy Core allows people on the go to do multiple tasks seamlessly. This 4.3-in handset has a 5-megapixel rear camera with LED flash and VGA front camera; an 8GB internal storage and a micro SD slot; and a slew of other features such as Motion UI (Shake and Top to Bottom), Smart Stay, Smart Alert, Best Shot, and S Voice.

The Samsung Galaxy Win has a 1.2 GhZ Quad Core fast processor; a 4.7-in screen; Motion UI (Shake and Turn to Mute); and Smart alert.

The Samsung Galaxy Grand sports a 5-in screen for ease in viewing and an 8-megapixel rear camera complete with LED flash. It has a multi-window feature that allows users to multitask with ease, and, like the other three models, has two active SIM cards. The Galaxy Grand also has features such as Smart Stay, Direct Call, S Voice, Pop-Up Play and All Share Play.

“In this day and age, we believe everyone deserves to have a smartphone,” said Sulit. “We at Samsung are always on the lookout to bring technology to the hands of as many Filipinos as possible, and these Samsung large-screen, dual-SIM smartphones are our way of making that vision happen.”