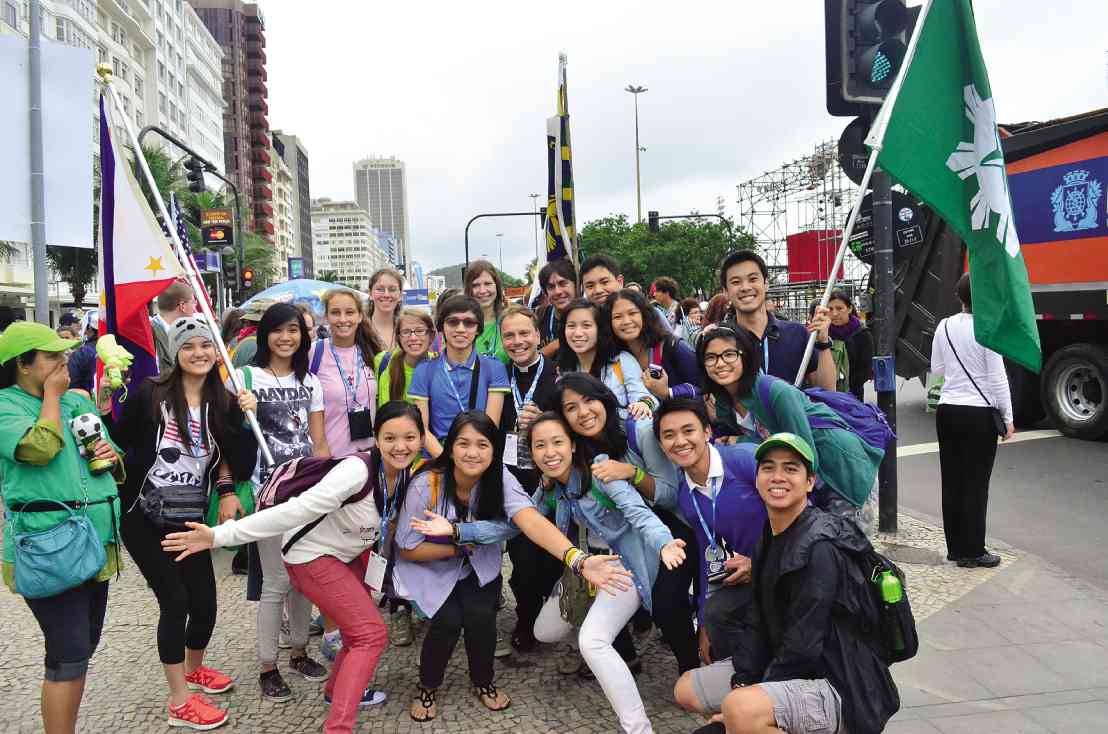 Stories of love and faith from World Youth Day

For those who didn’t know, World Youth Day is a worldwide gathering of the youth organized by the Catholic Church. The most attended World Youth Day happened in Manila, with Pope John Paul II, on Jan. 10 to 15, 1995. It was also said to be the largest papal gathering, attended by five million Catholics.

In Rio de Janeiro for World Youth Day 2013, Pope Francis said: “Go. Do not be afraid and serve.”

This was the Pope’s final message on the last day of the 28th World Youth day last July 28 at the Copacabana beachfront in Brazil. Three million people gathered on the beach to hear the Pope’s final Mass. Pope Francis emphasized our roles and duties as pilgrims of our faith long after the World Youth Day had ended.

In line with the theme “Go and make disciples of all nations,” he said that the six-day experience we had in Rio de Janeiro must not be kept to ourselves, but must be passed on and

shared so that everyone may know and love Jesus Christ.

As I became part of the celebrations, I experienced an unusual feeling while with other young people from other countries. I was never aware of this intense feeling of love for my faith, until I became an eyewitness to this event. There were different stories shared by people on how God moved their lives, how they were blessed, and how God shows his love for us even in the simplest ways.

A particular story that touched me was of a 17-year-old boy suffering from brain cancer. He was near death, he said, when he saw a great light, and a voice told him it wasn’t his time yet.

He became better; the cancer is still there, but now he was strong enough to fly to Rio. He said that, despite his condition, he still tries to be cheerful and is very thankful that he’s alive to share his story.

More importantly, WYD also symbolizes the unity of the world. This was my first WYD experience, and I never expected that it could be this joyful.

There was difficulty in communication because of the language barrier, but that didn’t stop people from talking to each other. People on the streets waved their national flags, greeting everyone, all shouting with delight! Different cultures, different languages, different races—but all connected by one faith. All for the glory of our Father!

I never thought that I’d be in Rio as a pilgrim this year. I firmly believe that it was planned by Him. God has been giving me so many blessings the past few years, and I really feel so

It was indeed a journey of a lifetime for all of us in the De La Salle Philippines delegation.

In Rio, I was able to find my purpose. I will never stop sharing.

Aside from my career goals, I believe that this is one of the things the Lord is calling me to do: to love and serve the Lord in everything I do.

PHOTOS BY KARLA JEANNE A. CO