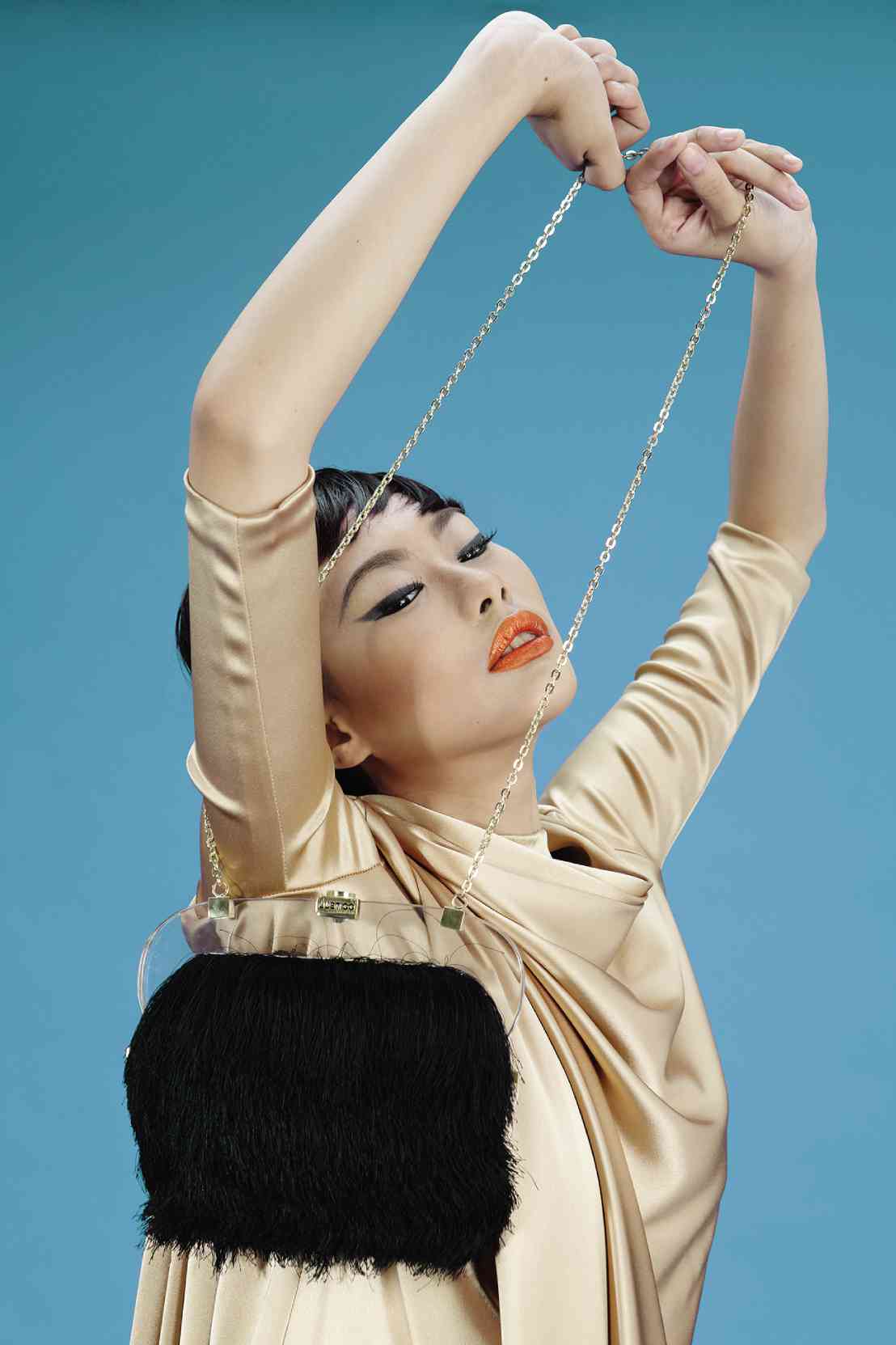 To feed the market’s insatiable appetite for accessories, Dennis Lustico is producing his first collection of evening bags using such materials as silk fringes and Lucite.

Lustico’s fringe collection comes in black, white, red and Kelly green. His structured and transparent Lucite pieces, in various shapes and sizes, are contemporary and scaled-down versions of the 1950s “granny bag.”

Certain fringe pieces are embellished with scarabs made of brass and semiprecious agate. The bags’ hinges, including the Lucite collection inspired by picture frames, are also made of brass.

Prices range from P12,500 for a small, round Lucite clutch, to P25,000 for a rectangular, silk-fringed piece. The latter is quite tedious to produce, as silk fringes are separated, strand by strand, before they’re lumped  in groups and hand-sewn, one by one, on the bag’s resin base.

“Some women were initially apprehensive to buy the Lucite pieces,” says Lustico. “They were asking me if they would have to carry expensive items like a Chanel lipstick because the bag’s transparent material instantly reveals what’s inside.”

To address that concern, Lustico is providing each see-through bag with a removable mesh fabric in ecru. It’s up to the user to conceal or display her bag’s contents.

He says, “If you ask me, it’s better to go totally transparent. Using colored fabric would be too glaring.”

Apart from collaborating with fellow designer Jojie Lloren on a collection of eye-catching toiletry bags for Rustan’s several years ago, this is Lustico’s first attempt at designing high-fashion bags. He has several suppliers, with finishing and quality control done in his production area in Makati City.

Harder to make than clothes

Although bags are harder to make than clothes, the designer welcomes the challenge, as it gives him a respite from doing made-to-order garments.

“Bags are definitely more difficult to make, but you don’t have to deal with fittings,” he says. “Constructing a dress isn’t so much of a problem anymore for me because I’m already used to it. The hard part always comes during fittings.”

The bags are initially available at Lustico’s shop at the corner of Pililia and Obrero Streets in Makati City. But the designer plans to market them abroad in trade fairs and small boutiques.

He has received offers from big department stores in Dubai to display his products there. But the Center for International Trade Expositions and Missions (Citem), through consultant Josie Natori, discouraged him from going into consignment deals.

“If buyers are interested in the products, we were told that they should order and pay for them outright,” says Lustico.

Lustico’s foray into accessory design began a couple of years ago when Natori encouraged him and other Filipino designers to produce modern and wearable fashion collections incorporating local fabrics. Dubbed as Manila Wear, it was an attempt of Citem to push Filipino fashion globally, the way it promoted Filipino furniture design through Movement 8 in the ’80s and ’90s.

“In our first edition, we focused on apparel,” says Lustico. “But it didn’t produce the results we envisioned. We don’t have the technology to make modern clothes on a huge scale the way they do abroad.”

Natori, a global fashion brand herself, redirected their efforts the following season and asked the designers to focus instead on accessories.

“More than clothes, accessories are the hottest things globally,” says Lustico, quoting Natori. “All of us were told to come up with designs for scarves, shoes, belts, jewelry and whatever we like. I decided to focus on bags.”

While materials such as silk fringes and Lucite have been used in bag designs, the look is usually minimalist. Filipinos, he says, have the creativity and craftsmanship to reinvent materials to a higher aesthetic level.