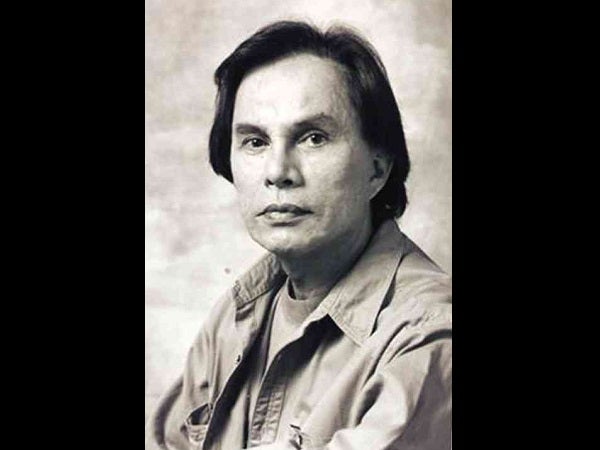 Behn Cervantes, 74–drama and defiance to the last

Up to the last minute, actor-director Behn Cervantes was directing what looked like the Theater of the Absurd on the subject of his death.

He passed away at the Asian Hospital and Medical Center in Alabang, Muntinlupa, at 10:15 Thursday morning after battling complications from pneumonia and diabetes.

Before he died, he made a strong wish that his death be announced a week later. So, when social media churned up with condolences, including an obituary from the Cultural Center of the Philippines, his niece, Rosario J. Marquez, announced that her uncle was in very critical condition but still holding on.

Said his UP colleague Dick Malay: “The truth is he has passed away. But he wanted the announcement a week later. This is all very dramatic, but that’s Behn Cervantes for you.”

A news agency was ready to make a public apology after it announced Cervantes’ death, but decided to wait out the confusion. A few hours later, news of his death was confirmed.

“Another theater icon passed away,” said film scorer and theater advocate Lutgardo Labad. “Indeed, he was one of the major pillars of the UP Theater Community and the protest theater movement in the ’70s. His movie, ‘Sakada,’ was a major cinematic coup that unearthed the inhuman conditions of our people then.”

“Farewell to you, my dear friend Behn,” said singer Dulce, who was one of the last hospital visitors of Cervantes. “We won’t be seeing each other temporarily, but I will see you in eternity. Where you are now is where love never looks away.”

Indeed, as condolences poured in, the family relented and confirmed his death.

“We tried to follow Behn’s request to announce his death only after a week, but I have decided to confirm it … He will be cremated this afternoon as per his other wish,” said his sister Lengleng Cervantes in a text message.

A recipient of the Life Achievement Award from the University of the Philippines Alumni Association, Cervantes would have turned 75 on Aug. 26.

With that of National Artist for Theater Wilfrido Ma. Guerrero, Cervantes’ name was synonymous with UP theater and the anti-Marcos protests in the Martial Law years. He was at the frontlines of the protest movement with filmmaker and National Artist for Film Lino Brocka, his UP classmate in the early ’60s.

Cervantes did not limit his theater involvement to productions such as “Pagsambang Bayan” and “Sigaw ng Bayan,” which he labeled as his “ibagsak” output.

Some of his landmark performances included roles in “Rosencrantz and Guildenstern are Dead,” and the title role in “The Mikado” mounted at the Metropolitan Theater. He directed such works as “Guys and Dolls,” “The Short, Short Life of Citizen Juan” and “Iskolar ng Bayan,” among others.

Before he died, he loved to recall what he called his “informal” stage debut. At Cervantes’ early age, his elder sisters made him recite the line, “I shot an arrow into the air,” on top of their parent’s large iron bed, which served as their makeshift stage during Saturday performances for their neighbors in Iloilo.

“That was my theatrical debut,” Cervantes recalled. “I also sang in our version of the cherubim choir in our Protestant Church in La Paz, Iloilo. Yes, I started early!”

In the same nostalgia trip he indulged in with this writer, he said his first play was “Hay Fever,” performed at the Central Methodist Church on T.M. Kalaw, Manila. In the cast was Eleanor “Didi” Reyes, the youngest sister of Norman Reyes, the youthful radio announcer who witnessed (with Leon Ma. Guerrero and Raul Manglapus) the Fall of Bataan.

“After a couple of plays like ‘A Happy Journey from Trenton to Camden’ by Thornton Wilder and ‘Murder in the Cathedral’ by T.S. Eliot with the UP Dramatic Club, I directed a scene from “Mister Roberts,” said Cervantes. “Cast as Ensign Pulver was Lino Brocka. I had an auspicious beginning as a director, I must say.”

As a student, he directed such fare as “Lawani,” an original musical; “Idiot’s Delight”; “A Hatful of Rain”; and “The Play Is the Thing.”

When he returned home from the US, he turned to Broadway musicals such as “Bye Bye Birdie,” “Once Upon a Mattress,” “Guys and Dolls” and the first local production of “Jesus Christ Superstar.”

Soon after, he became an activist and directed theater in the streets and the theater of protest.

“I continued to direct such plays after Martial Law was declared, and received an A-B-C-B degree for plays like ‘Pagsambang Bayan,’ ‘Sigaw ng Bayan,’  ‘Estados Unidos versus Juan Matapang Cruz’ and other ‘ibagsak’ plays. By the way, ABCB stands for Aguinaldo, Bicutan, Crame and Bonifacio, the military camps where I was detained throughout those years,” he recounted.

Way before the UP Alumni Award, Cervantes received an Aliw trophy for directing the play “Agnes of God.” He was also a recipient of the CCP centennial award, and several citations from activist groups and one from the East-West Center Alumni Association.

Cervantes resigned from his UP professorship in 1988 to protest the bureaucratic move to kick out National Artist for Theater Wilfrido Ma. Guerrero from university housing.

Of his filmmaking days, he singled out “Sakada” as his most memorable.

“‘Sakada’ I would single out because of the challenge of working with movie icons like Rosa Rosal, Gloria Romero, Pancho Magalona as well as with my friend, Robert Arevalo,” he said in one of his last interviews.

He added: “An experience of a lifetime was producing ‘Kahapon, Ngayon at Bukas’ inside Camp Bicutan with Nelia Sancho, Satur Ocampo, Pepe Luneta, Ed de la Torre and other activists in the cast. The play also reconciled me with my father, who had always wondered why I was an activist.”

He noted how today’s theater productions are more professional. But he said that young people should learn from the theater pioneers: “On the theater front, they have to recognize the Avellanas, Naty Rogers and Severino Montano, who were spurred to work because they loved the art and practically did it for free!”