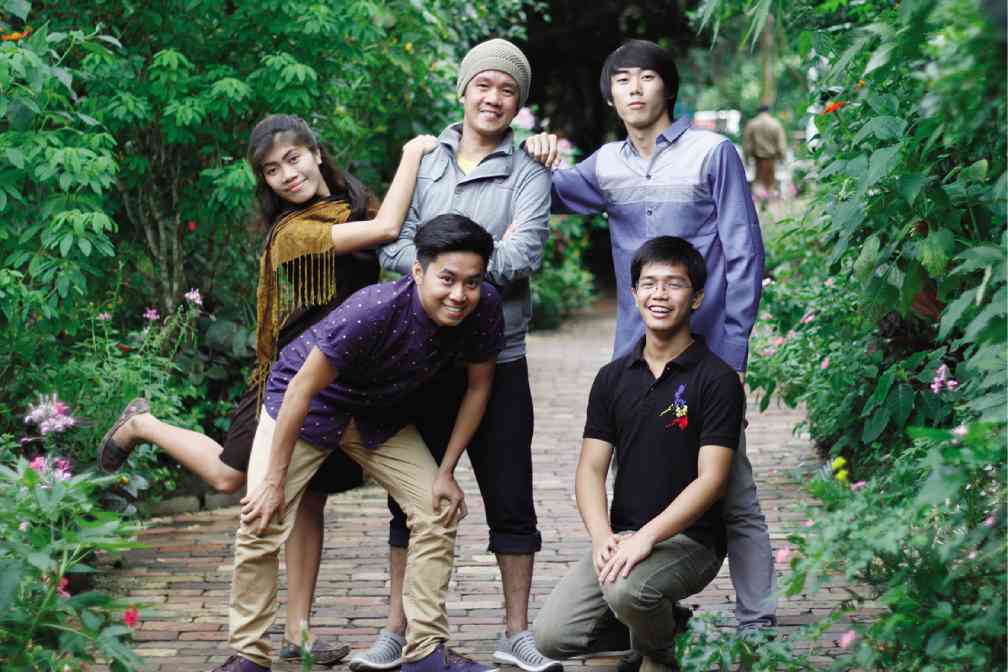 Four young artists, all from different fields, will represent the Philippines in the 2013 Association of South East Asian Nation (Asean) Youth Camp in Singapore Aug. 26-Sept. 1.

Following the theme, “In Celebration: Asean Youths Unite,” the delegation aims to promote awareness and understanding of each other’s culture through interactive culture and arts activities, and to build friendship among the young delegates.

The youth camp is a biennial event that started in 1998 with the Philippines as host.

The delegates are: Lester Babiera for photography/photojournalism, Joseph Martin Gabriel for painting, Rolinda Gilbaliga for traditional music, and Michael Barry Que for traditional dance. Niño Selibio is guide of the delegation.

The Asean Youth Camp will have delegates from the 10 members of the Asean—Brunei, Cambodia, Indonesia, Laos, Malaysia, Myanmar, Philippines, Singapore, Thailand and Vietnam. Countries such as South Korea, China and Japan have also been invited.

This year’s delegates were chosen based on their portfolios, talent presentations and interviews.

The selection committee was composed of Julius Flores of the Department of Foreign Affairs, Lilian Barco of the Cultural Center of the Philippines, Brenda Fajardo of the University of the Philippines (UP), and 2003 Asean Youth Camp alumnus José Claudio Guerrero.

Babiera, the Philippine delegate for photography/photojournalism, is an Art Studies graduate student of UP Diliman. He earned his AB Journalism degree in 2012 at the University of Santo Tomas (UST), where he was an editor and photographer of the Varsitarian, the official student publication of the Pontifical University.

A regular contributor of articles and photographs to various newspapers and magazines, Babiera is also a documentary filmmaker. He got a grant from the Film Development Council of the Philippines to shoot “Bulig,” about social conditions in his native Aklan, which became a finalist in the first Sineng Pambansa in 2012.

Que, the Philippine delegate for traditional dance, is a UP Diliman student taking up Dance. He is a member of the UP Dance Company. Que was honed in folk dancing when he was studying in the Philippine High School for the Arts at Mt. Makiling.

The delegate for traditional music, Gilbaliga, is a Musicology student from UP Diliman and a chanter from the indigenous community of Panay Bukidnon. She knows how to play various traditional musical instruments such as the kulintang, sarunay, bamboo xylophone and bamboo wind instruments, among others.

Gabriel sees the youth camp as a fellowship of different countries and diverse cultures.

“[Delegates] may be different in so many ways but at the end of the day those differences and commonalities bind you as part of the Asean  region,” said Gabriel.

Que said he and his co-fellows are supportive of one another’s art form.

“I am looking forward to the exchange of ideas and the sharing of different cultures during the seven-day camp in Singapore,” he said. “As for my collaboration with my fellow Filipino delegates from other art fields, I was surprised by their willingness to perform Philippine dances for the opening ceremony.”

Gilbaliga said the Philippines stands out because of its diverse cultures, both homegrown and colonial.

“We stand out because of the colorful culture of the Philippines,” she said. “I am expecting that our interaction with the other youths in Asean will help me have a better understanding of the conception of ‘international.’”

Meanwhile, photojournalist and filmmaker Babiera said that he represents an “interesting” art form.

“I was able to imbibe the values of professionalism and ethics while studying journalism at UST and covering for the Varsitarian,” he said. “Taking photos in a coverage is really hard because one can’t rewind  the events just for one to have a good shot. It’s all in a moment, and, I guess, the art is there in the rush of the moment.”

The National Commission for Arts and Culture has tapped Bong Billones from the Philippine Educational Theater Association to help the Philippine delegates in their cultural presentation  in Singapore.