Believe it or not, ‘The Conjuring,’ about real-life demonic possession, is a ‘family’ movie | Inquirer Lifestyle ❮ ❯ 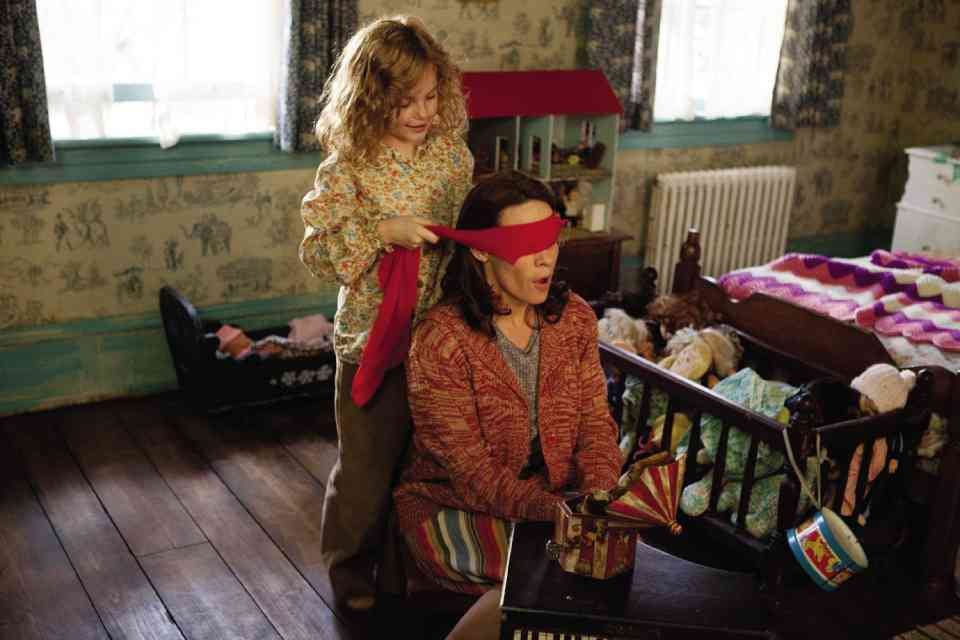 SCENES from “The Conjuring,” based on the experiences of paranormal investigators probing a haunted house.

Believe it or not, ‘The Conjuring,’ about real-life demonic possession, is a ‘family’ movie

Before there was Amityville, there was Harrisville.

“The Conjuring” is based on the true story of the couple Ed and Lorrain Warren, two world-renowned paranormal investigators who encountered what they considered to be the most terrifying case of a haunted family set in the town of Harrisville. The movie is directed by James Wan, who directed the first of the “Saw” series and “Insidious.”

Twin brothers Chad and Carey Haye  co-wrote the screenplay  after acquiring a document detailing what happened to the terror-stricken Perron family.

They wanted to take a different approach in the film, telling it from the paranormal investigators’ point of view, detailing the trauma of the experience and its eventual toll on them.

“Chad and I were given a document that happened to the Perron family, like a three-page synopsis thing, and while we were reading it, there was a little blurb in there that the Warrens were the case investigators,” Carey says. “So Chad and I said, instead of just doing the moving van pulling up to the house and it’s a haunted family story, we found it more interesting to tell the story from the paranormal investigators’ perspective:  What rocks their world?” 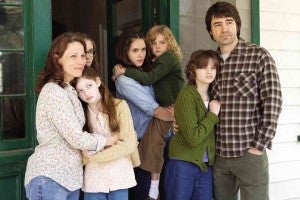 Chad and Carey, who had written “The Reaping,” starring Hilary Swank,” and the remake of the 1953 horror classic “House of Wax,” said what they both loved about writing the film is that there is a contrast between two couples: the Warrens, who are devout Catholics and respected demonologists, and the Perrons, who are anything but religious.

“These strangers crossed paths over some very ugly entities,” Carey says.  “They took a very daunting journey, and going through their steps, we just got hooked.  It became an obsession.”

It also gave us an opportunity to hopefully tell it more than one time,” says Chad. “If you like these characters and you understand them, as Carey said, being the preeminent paranormal investigators with the newest of the tools at the time that are so archaic, no cell phones, absolutely nothing.  It was absolutely fascinating, and with Ed’s connection with the Catholic Church and the authority to go do all this stuff, it was like, ‘Wow, these guys were at the top of their game.’  They did cases all over the world.” 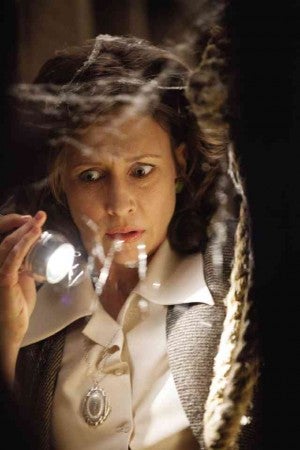 In fact, the Harrisville incident took place when demonic possession was very much in the popular imagination because of the showing of the hit movie, “The Exorcist.”

“When all this was happening to the Perrons, ‘The Exorcist’ had just come out,” Chad says. “So the Catholic Church was very worried about negative PR, because already people were like, ‘What?  Does that really happen?’  So, because the Perrons weren’t parishioners, which is in the movie, and the kids had never been baptized, the Church refused to help them, and that’s why Ed stepped up because he felt like they had no choice.  Horrible things were happening to Carolyn Perron.  Now, of course, we condensed the time period and put it into a film.”

Chad said they set out to  write a family drama set in the horror genre world without the gore and bloodshed.

“Our approach in writing films is we treat them like roller coasters,” he said. “Roller coasters are terrifying sometimes, but we all go on them, most of us maybe, knowing that we’re safe; we’re in a movie seat, but we get to do that thing where we just know something’s coming.  And then you get there and you go through the scare, go riding around or whatever, and then you get to breathe again.”

It is equally a family movie as it is a horror show, as how Chad would put it, where strong family ties are put to a test in the midst of all the terror.

“For us, instead of it just being an A-to-Z horror movie, it was very important to Lorraine that we perceived them as a great couple because they were,” Chad says. “They had a wonderful, happy marriage in the world where you were dealing with conflict daily.  We wanted you to walk away and think the Perrons had heart and soul and the Warrens had heart and soul. So that’s where the triumph was, is the family staying together through conflict.”