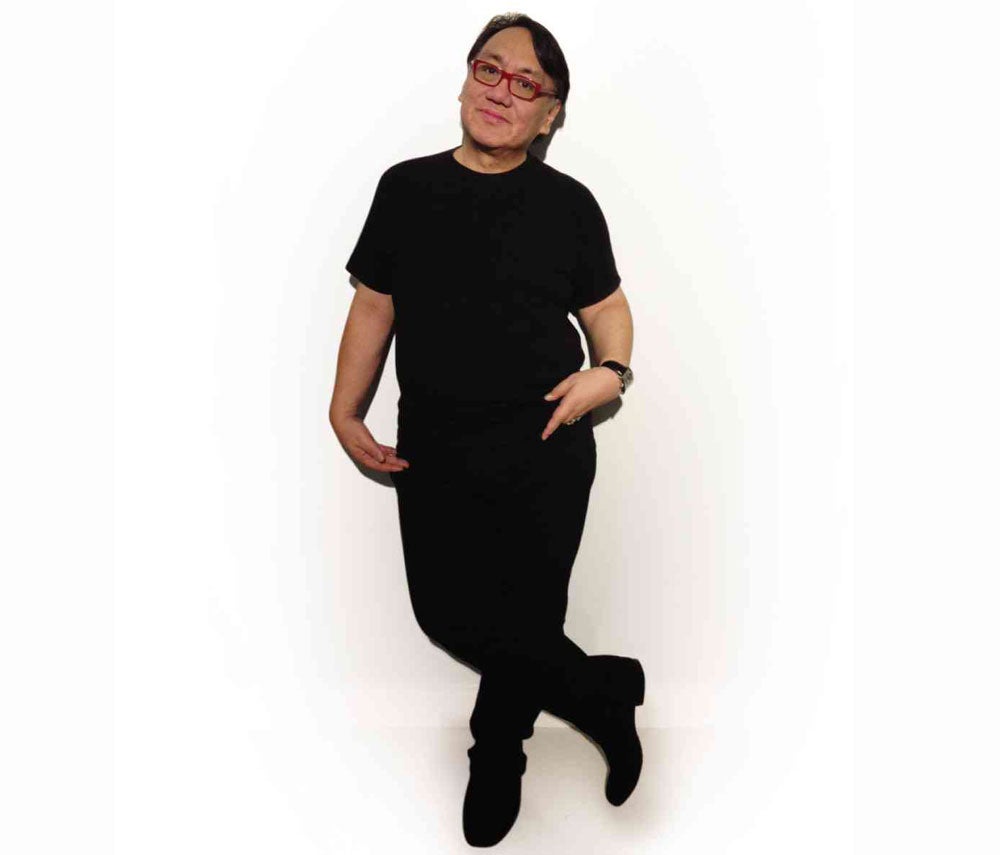 Walking to a dinner in London, a then corpulent Jackie Aquino suddenly stopped on his tracks. He felt shortness of breath and a tightening of the chest. Whether it was a symptom of a heart ailment or an acidic stomach masquerading as a heart attack, it made the director realize that it was time to lose weight. Last year, he was at his heaviest at 338 lbs.

“I don’t want to die ahead of my parents,” says Aquino, who’s the country’s foremost fashion show director.

He admits he had an addiction to food. Although he didn’t consume big meals, he picked on food throughout the day. The eating habits were coupled with irregular sleeping patterns and a sedentary lifestyle.

For so long, well-meaning friends from the fashion industry had been trying to bring him to a doctor or set up an appointment in weight-loss clinics, such as the Cohen Lifestyle Center.

Bosom friend, designer Randy Ortiz, would be relentless in making a booking, but Aquino was always a no-show.

Then he realized that his health was at risk. “I’m not getting any younger,” says the 53-year-old. “When you’re obese, breathing is difficult.”

When he saw the likes of executives Katrina Ponce Enrile and Florence Kho shedding excess weight on the Cohen Diet, he decided to give it a try.

The Cohen Diet is based on the research of Dr. R. Cohen, a specialist in infertility. In his studies, Cohen set apart the hormones of obese subjects and surmised that obesity is an ailment caused by hormonal imbalance. His research is based on the HGH (human growth hormone) which is tasked to regenerate the cells, break down fat, and lower blood pressure and cholesterol.

Obese people tend to have a high resistance to insulin, which controls blood sugar levels and reduces brain serotonin, which regulates food cravings.  All told, these factors lead to a constant urge for starches or sweets, sluggish metabolism and fast weight gain.

Conducting tests on the influence of food on metabolism and hormonal imbalance, Cohen concluded that eating the right kinds of foods could reduce weight problems. Thus, the Cohen Diet is designed according to the patient’s blood test.

“The Cohen program is all based on food. You are given a list of foods that you can eat and can’t eat. My blood type is O. I can eat all the beef and steak in controlled portions, plus some fruits and vegetables. I eat three full meals a day with a gap of five hours in between. The foods are prepared in a specific manner. They have to be cooked in olive oil. The beef must be lean. I can have chicken, seafood and turkey. I stay away from pork and fat,” explains Aquino.

He starts the day with nonfat yogurt and fresh fruit, then 120 g of meat and 130 g of vegetables each for lunch and dinner.

“I am partial to beef so I must get tenderloin. Every gram that goes into my body is worth the expense. I would rather spend for food than for hospital bills,” says Aquino.

Although he has to give up bananas, he can add mangoes to his meals. His diet prohibits peanuts and processed foods.  He misses corned beef, but eating fresh foods has its payoff.

In six months, he lost 98 lbs.  At 240 lbs and with 40 lbs more to shed, Aquino plans to end his diet by December. He avoids rice, sugar, breads and root crops. The diet allows him only a dozen pieces of high-fiber biscuits for his carbs.

It takes a lot of discipline  to push away the cronuts and the chocolates. And Aquino had to learn to sleep properly.

“Sleep is important. That is when the body releases human growth hormones which attack the fat,” says Aquino. “I used to be an insomniac. Now I sleep six to eight hours. My blood pressure has normalized.”

As of this writing, Aquino is not allowed to undertake heavy exercises due to the restricted intake of carbohydrates and sugars. “Your body uses up your excess fat for energy instead.”

Throughout his diet, Aquino never felt deprived, despite the drastic cutback on calories and his favorite foods. He also didn’t get grumpy like most dieters.

“I thought I would have excess skin. But my skin is still elastic so that it could go back to normal. I don’t have that many folds that I see in other people who lose weight drastically. The best part of all is that I don’t mind looking at myself in the mirror. Before, I never liked what I saw. I realized I lost weight when I saw my photos before and now. It’s not only the clothes that are so loose, but also I’m one size smaller in footwear.”

The secret of his success lies in the will to be well. “When I’m hungry, I’m actually thirsty. So I drink water and my stomach feels full,” he says. “You’ve got to be psychologically prepared for this. The power of the mind can address all your concerns.”