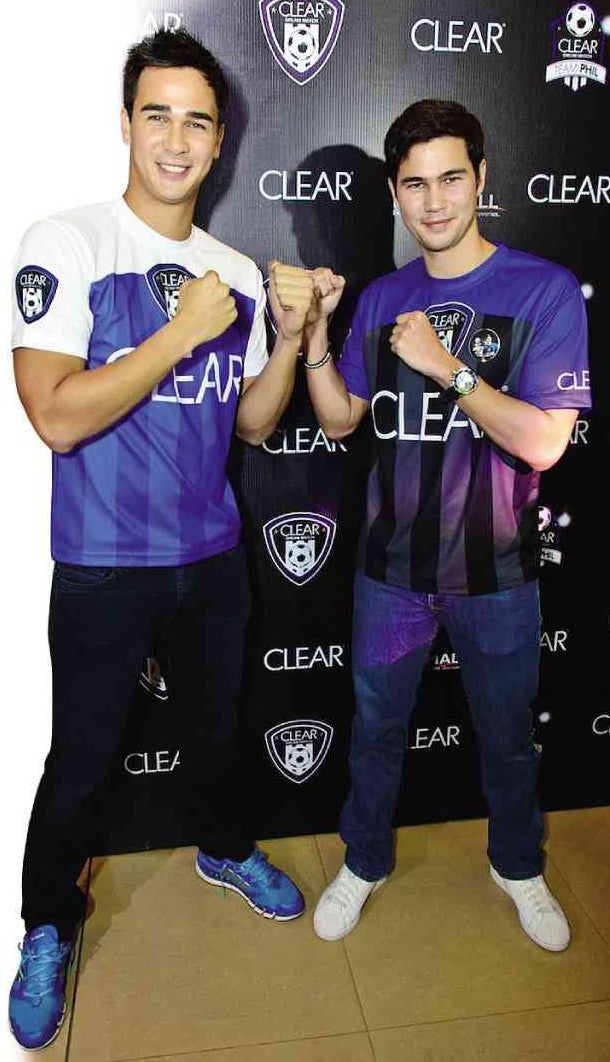 BROTHERS James and Phil Younghusband will go head to head at the Clear Dream Match on Aug. 24

All set for all-star football game

The all-star football game “Clear Dream Match 2” will be held Aug. 24 at the University of Makati, with 2006 Fifa World Player of the Year Fabio Cannavaro and former Chelsea team captain Dennis Wise in the lineup.

Four weeks and thousands of votes after the announcement of the match, the rosters for Team James and Team Phil were decided Aug. 10 at SM Megamall Events Center. A voting pool of 50 players was trimmed down to 34, each drafted by team captains James and Phil Younghusband.

“The rivalry this year is intense. Throughout the four weeks, the brothers were really gunning for that first pick,” said Drew Copuyoc, brand manager of Clear shampoo, the game’s main sponsor.

The twist to this year’s match was that the fans determined the first pick. Online, fans showed support for their chosen team. The number one digitally active fan will live out a football fan’s dream and fly with James and Phil Younghusband to the 2014 World Cup in Brazil.

The wildcard pick for Team James was Izzo Elhabib; for Team Phil it was Rufo Sanchez.

Cannavaro and Wise got to choose which team they wanted to play with. Cannavaro picked Team James, saying that “last year’s match was one-sided, so I want to help James even the score.” Wise selected Team Phil because of his desire to win.