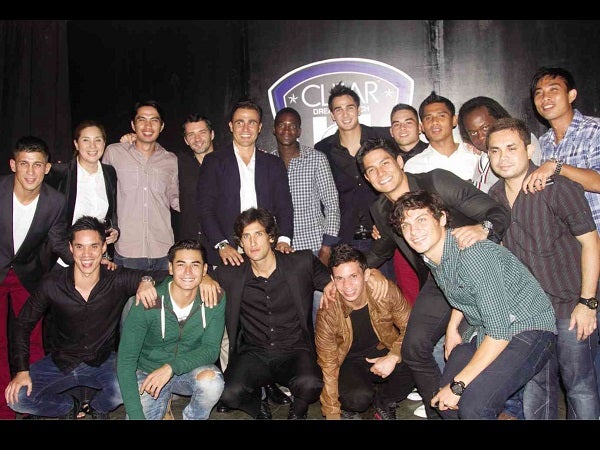 Before the dinner, Team James and Team Phil were hard at work preparing for Clear Dream Match 2 set last night. They had a grueling training session at Emperador Stadium, and still had the energy for that evening’s get-together if only to give the visiting football celebrities a taste of Filipino hospitality.

Representatives from the Younghusband Football Academy and Chelsea FC Asia were at the dinner, with some of the country’s football celebrities: Daniel Matsunaga, Fabio Ide, Anton del Rosario, Simon and Chris Greatwich, and Jason de Jong.