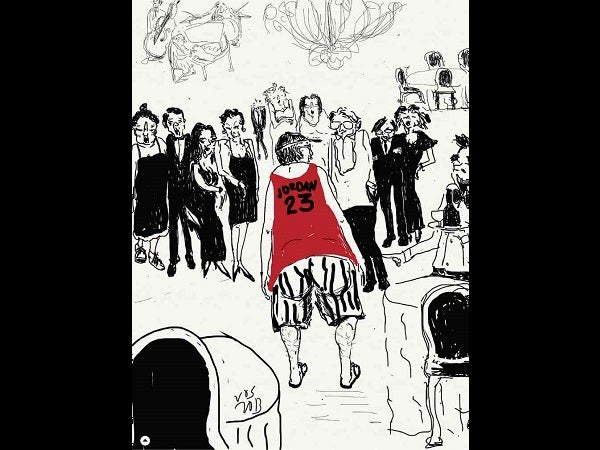 I normally don’t like surprises, although, at someone else’s expense, there’s a certain excitement to derive from them. I’ve been a conspirator in a few surprise birthday parties, and I must confess I quite liked seeing the shock on every surprisee’s face.

How family and friends are able to keep the conspiracy secret, especially in a fair-sized one, is an absolute feat. When I was younger I had never given anyone a chance to surprise me with a party. The trick was simple: I celebrated my own birthday. In fact, I celebrated as many times as I had groups of friends better left unmixed. My mother did it in the same way; in fact, I got it from her. She didn’t like surprises either (although she had her share of unpleasant ones, but that’s another story).

At some point feeling over-celebrated, we have decided to do it bimonthly or trimonthly.

For many years, Cousin Sylvia, born in late January, friend Malu, in early February, and I have been celebrating together, and it has worked well since we have common friends. It has become such a tradition that if any surprise happens, it’s when we don’t observe it. That’s how I’ve precluded just about all chances of anybody conspiring to give me a surprise birthday party. Well, when I become too old to even remember my birthday, perhaps I can use some surprising.

A cousin’s 60th was a surprise, and it proved well-planned. Her daughter and her husband were the chief conspirators. Everything had hinged on being able to get her to stay out of the house for some time to allow for certain arrangements—the arrival of food and guests mainly—since the surprise was being sprung right there.

We all came on schedule. The lights were turned off, to be switched on at the exact moment that the door opened. At the cue, provided by the surprisee herself when she remarked, “Bakit ang dilim?” we chorused “Happy Birthday!” and triggered in her happy, unspoken emotions. She went through the crowd for hugs and kisses, each one teary-eyed, and had to excuse herself to put some makeup, slip into a dressier sheath, and, I suppose, collect herself. But when the live and taped tributes began pouring in from family here and abroad, she nearly lost it again.

Just last week we had another such conspiracy, for a joint birthday party for one of our favorite couples. He turned 75, she, 70. Their two daughters proved worthy ringleaders. One daughter and her husband picked up the parents on the pretext of a private dinner with a short stop at the village clubhouse to pick up the other sister.

The darkened clubhouse filled well before the surprise. Once the lights went on, well-wishing conspirators standing around a dozen or so tables were revealed, and nothing else needed to be said.

The wife couldn’t hide either her surprise or her pleasure. But the husband had had something else coming to him. Dressed in shorts and sandals—his uniform in carefree retirement, explained the wife—he was stopped at the door by Vergel, who, himself conceding propriety by coming duly shod and stockinged, the drawstring holding up his properly long pants concealed under his shirt.

I suppose it takes a special kind of person to be honored with a surprise party, and a special kind of person to come up with the idea—a truly generous one, I must concede. The honoree, I’d guess, would have to be someone who, for reasons of character, would not otherwise think of doing something like that for herself or himself, and the giver feels that not only does she or he deserve to be honored but also spared from all the trouble a celebration entails. In that way they make for a truly deserving match.

Those of us who have to give ourselves our own parties may or may not find solace in my husband’s words, spoken in jest—I hope: “Those of us who don’t deserve a biography will have to write our own memoirs.”