Catching up with two aspirants of ‘The Voice’ | Inquirer Lifestyle ❮ ❯ 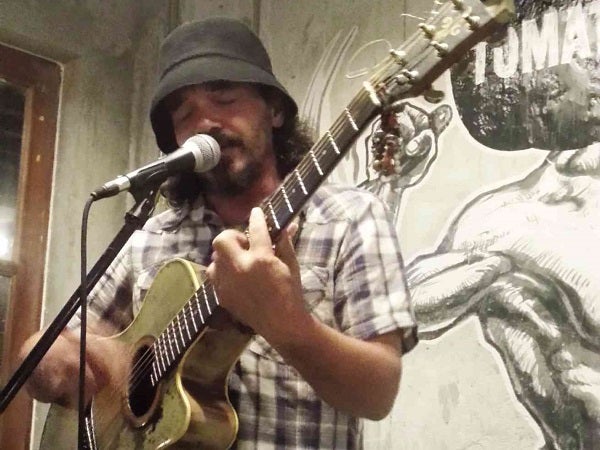 Catching up with two aspirants of ‘The Voice’

Seventh High (Bonifacio High Street, BGC) is a nightspot with three spacious areas: The Club, for the dancing crowd; The Club Room, for those who want privacy while chilling out; and The Apex Lounge for those who want to hear live music while drinking.

On a Monday night the Apex Lounge is almost full; the featured performer, Lee Grane, is a virtual nobody—until our friend points out: “She’s one of the semifinalists in ‘The Voice.’ She’s good.”

A few bars into a Sting number, Grane on acoustic guitar captivates her audience with a voice soaked in sweet honesty, in a style that evokes the enduring appeal of soft rock.

She’s equally adept in Pinoy folk such as Asin classics and Freddie Aguilar’s “Anak,” which she deconstructs into a luscious lullaby, coating its remorseful lyrics with a bittersweet lament.

In between songs, Grane engages the crowd with short spiels, spoken in a friendly, personal tone that makes us smile. The lady is so carefree, confident and oozing with talent, we wonder where the hell did she come from.

“I’m from Batangas,” she tells us, after her first set, adding that she dropped out of school to pursue music, her dream. She’s been living in Manila the past years, doing gigs in various clubs until she auditioned for “The Voice.”

We strongly believe that Grane is on to bigger things, even if she doesn’t win the grand prize.

The Apex Lounge should get her to perform regularly as soon as “The Voice” finals end—that is, if ABS-CBN bosses have yet to realize what to do with such a promising artist.

Tomato Kick, originally a restaurant along food row on Maginhawa St., Quezon City, has opened a branch on Scout Madriñan cor. Tomas Morato. “Parang Club Dredd,” says Noel Cabangon when we bump into him one night at the place.

He’s referring to Tomato Kick’s vibe, which recalls the youthful, indie spirit that made the old Club Dredd on Timog Avenue a hip music joint.

A friend, Claire Agbayani, is celebrating her birthday on the night we visit Tomato Kick. Her guests include Barbie Almalbis (with visual artist husband Martin Honasan in tow), Pearlsha Abubakar (with filmmaker husband Robert Quebral), Cabangon, a few other musicians and a singer-songwriter named Darryl Shy.

Shy, from Baguio, is the guy former Eraserheads manager Ann Angala fell madly in love with. They are now married, with five kids. He is also a semifinalist in “The Voice.”

If Grane is the sweet, sensitive performer, Shy is the opposite—gifted with powerful, booming pipes that enunciate the stinging lyrics in his cover of Buklod’s “Tatsulok,” incidentally his audition piece for “The Voice.”

What’s more, he has started writing his songs, one of which, “These Days” (a collaboration with filmmaker Khavn dela Cruz), brims with poetry: “I wanna dance across the mountains on the moon/I wanna sail the waters till they dry.”

And so, like Grane, we expect Shy to shine, long after his debut in “The Voice” fades away.