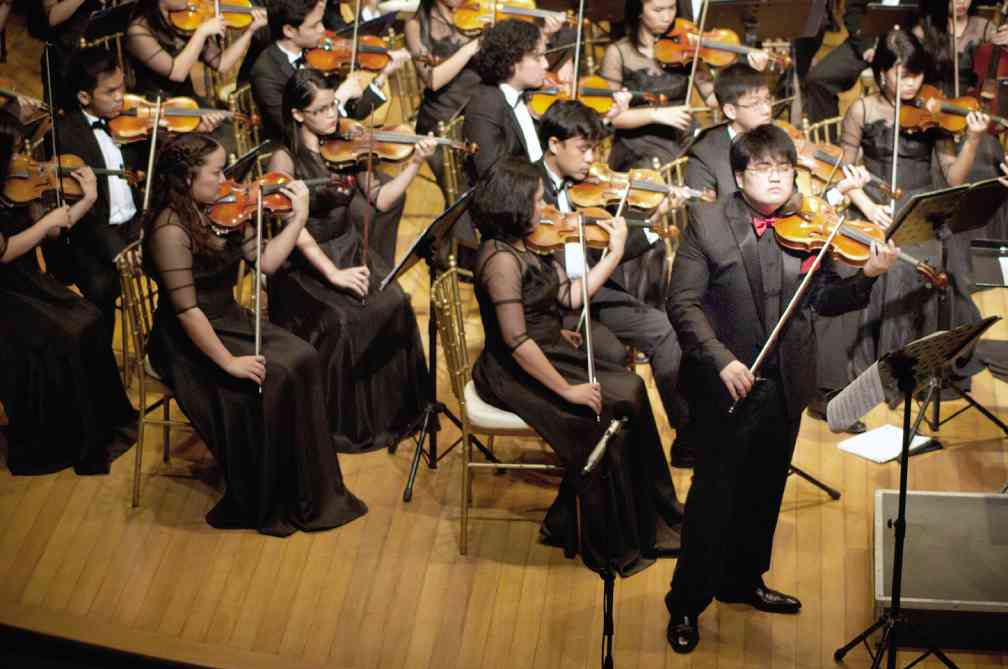 The MAnila Symphony Orchestra (MSO) continues to awe its listeners.

The third performance of its current season, featuring young violinist Diomedes Saraza Jr. at the Francisco Santiago Hall, BDO Tower in Makati City, once more attests to its dynamism and shows why it’s the favorite orchestra of many listeners.

Young violinist Saraza, who just earned his bachelor’s degree in Violin Performance at the Juilliard School, is no stranger to the MSO and its conductor, Arturo Molina. He was a member of the MSO a decade ago, a student of Molina.

Such familiarity forged the partnership between him and the MSO, and gave the audience a wonderful, truly gratifying moment. This was despite the rather unfamiliar, modern repertoire: Bela Bartok’s Violin Concerto No.2.

In the adept fingers of Saraza and the firm command of Molina, the choice of Bartok was justified. It was a towering, fulfilling rendition.

After engaging in a warm dialogue with the violins and the harp, he rhapsodized the chromatic configuration of the second theme, and fired his virtuosic stance in the extended cadenza to end the first movement brilliantly.

Truly, only a violinist of virtuoso caliber like Saraza can do the piece justice.

The set of variations in the second movement provided ample contrast from the first. Here, the soloist and the orchestra essayed a soothing nocturnal soundscape, with the harp enhancing a velvety light texture.

Molina recalled the themes of the first movement in the final third movement to suggest a variegated form. The tandem of the conductor and the soloist was reinforced. The concerto with a bang!

Saraza came out many times to acknowledge the audience’s calls for more. He gave in, with a heart-tugging rendition of the popular song “Sana’y Wala nang Wakas” with the MSO.

The concert opened with an exuberant rendition of Dvorak’s Carnival Overture, which at once engaged the attention of the audience.

At the start of the concert, MSO manager Jeffrey Solares requested the audience to stand and offer a silent prayer for conductor Helen Quach, one of the brilliant visiting conductors of the MSO. Quach passed away recently.

The MSO asserted its might in the absorbing rendition of Tchaikovsky’s Symphony No. 4, which the MSO first played on June 13, 1951, under the baton of its celebrated conductor, Herbert Zipper.

One recalls the last three symphonic works of Tchaikovsky are listed in the MSO’s repertory; they have been heard way back then.