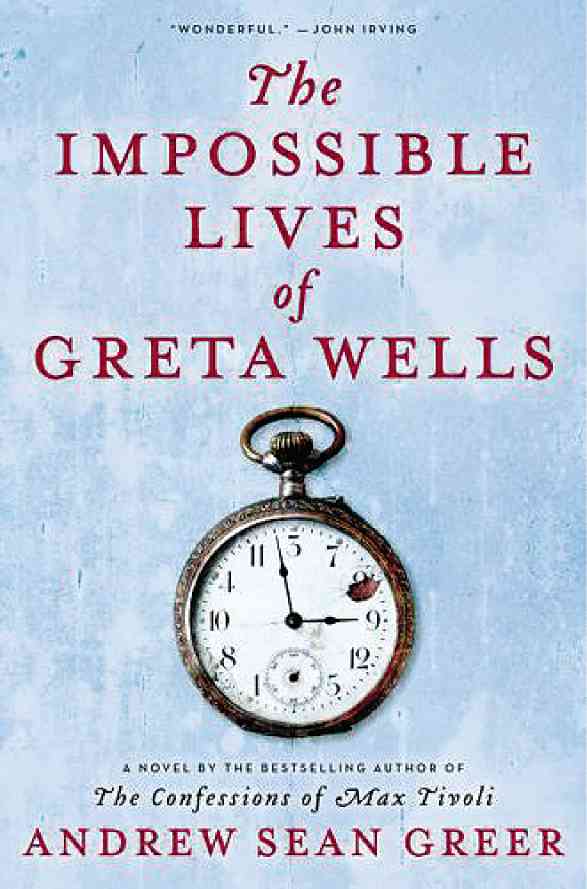 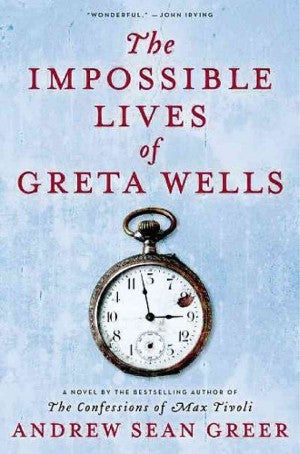 “The impossible happens once to each of us.” With that, Andrew Sean Greer explores time-travel and decision-making with his fourth novel “The Impossible Lives of Greta Wells” (Ecco Books, New York, 2013, 289 pages).

Greer has already shown us he can work wonders with a whimsical and complex concept with his previous book, the best-selling “The Confessions of Max Tivoli,” where the central character is born old, ages backward but chases the same woman in a deft exploration of something similar to what F. Scott Fitzgerald introduced with his short story “The Curious Case of Benjamin Button.”

Time travel as a narrative concept is nothing new, of course, but Greer has displayed a knack for writing characters that bring the most out of an existing concept, aided by his elegant prose. He makes the idea his own. That is exactly what “Impossible Lives” offers.

After suffering through a breakup and the death of her brother in 1985, Greta Wells is bludgeoned by an uncontrollable depression and decides the best way to treat it is with the radical psychiatric treatment of electroconvulsive therapy. That treatment has the most unexpected of results: Great finds herself living two other lives, one as an adulterous wife in 1918 and another as a devoted mom in 1941. If Greer showed with his previous novel that he has the gifts to write one life well, watch what he does with three lives. “Who are we when we’re not ourselves,” Greta asks.

The twist is that all the three women are Greta, and the people around each one of those women are different versions of the people Greta knows, everyone from her twin brother to her doctor.

“Three women who wanted to escape their lives, and so we did,” Greta thinks. “We just happen to all be the same woman. So maybe I can perfect their lives. And maybe, while I’m missing, they can perfect mine.”

As Greta shuttles out-of-control between her three lives, she remains conscious of what happens when her 1985 “self” is present—she has to keep catching up whenever she returns on what her other “selves” have done. You see, the other two Gretas travel, too; they “rotate” between each other’s eras. The Greta of 1985—our narrator—sets out to do the best she can regardless of where she is.

She is searching for something, but she’s just not sure what: “A mistake, made in another world. And here: It could be righted.”

“Impossible Lives” uses the treatment as the unexplained device for Greta’s sojourns, but as she becomes more attached to her other selves, the clock on her treatment is running out; soon she will be down to her last electroconvulsive session. What will she do? “Tell me it is not too late,” she says. “Nobody could have known it was.”

The novel’s first expected draw remains Greer’s poetic writing, lovely throughout, stunning in parts. He makes the reader stop reading, short of breath, because of just how true it is: “Why is it so impossible to believe; that we are as many headed as monsters, as many armed as gods, as many hearted as the angels?”

The other gift of “Impossible Lives” is Greta herself. Greer writes her as an anguished, bewildered but utterly ordinary woman in extraordinary circumstances that the reader can’t help but identify with her. What would you do if you lost as much as she did? And what would you do if you found yourself in the same strange situation?

“That is how magic works. It takes the least likely of us, without foreshadowing, at the hour of its own choosing…  And this is exactly how, one Thursday morning, I woke up in another world.” That’s how readers will feel as well when they begin reading Andrew Sean Greer’s “The Impossible Lives of Greta Wells,” like they have a little bit of magic in their hands.