Sexy faucet is built to save water –you need only 30 seconds to shower | Lifestyle.INQ ❮ ❯ 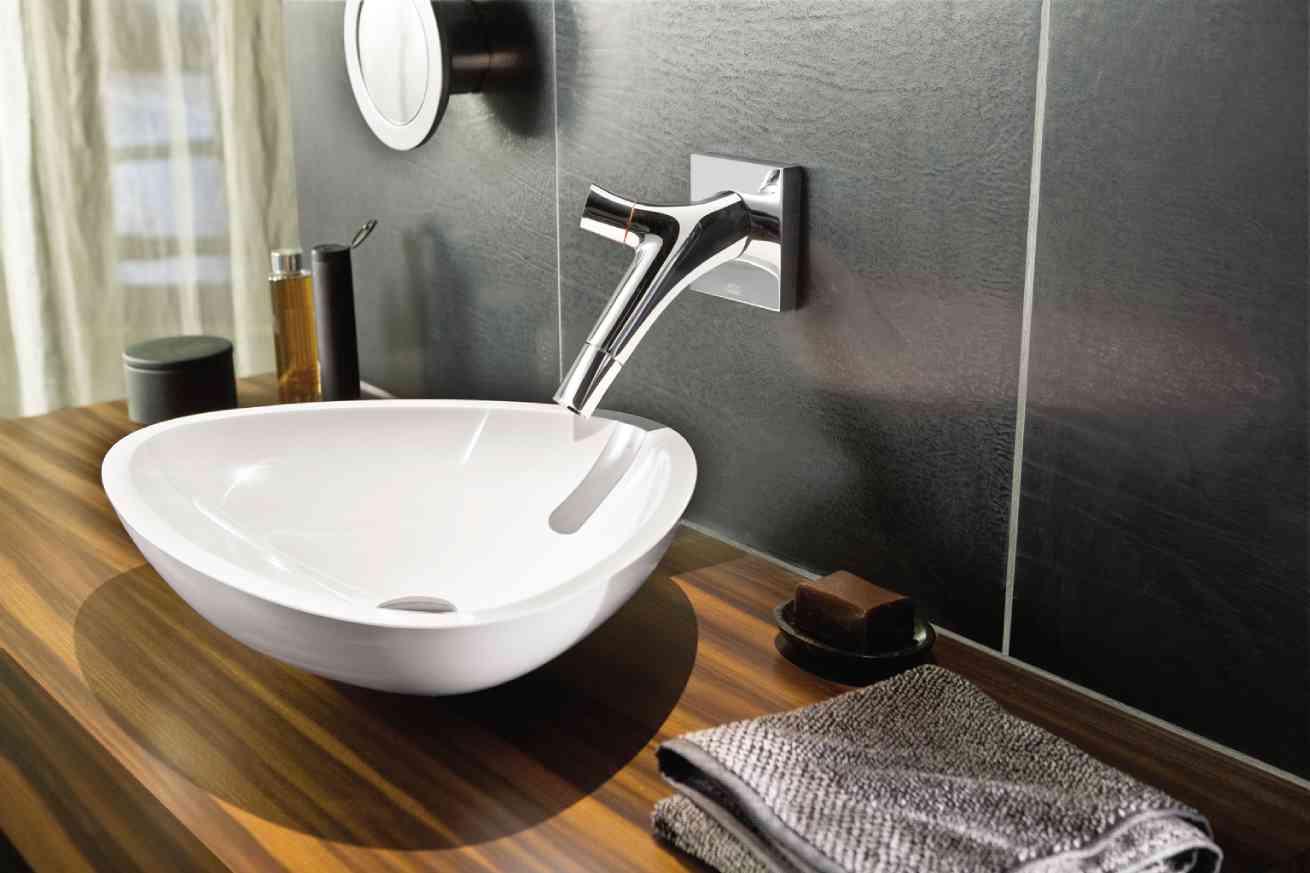 ITS SLEEK, sculptural, ergonomic design makes it blend beautifully with any bathroom style.

“How long do you shower in the morning?”

The question, which Philippe Grohe poses to people he meets for the first time, isn’t a dig on their personal hygiene; it’s his way of making a point about water.

Grohe, who takes a brisk five minutes in the shower himself, contends that you need no more than 30 seconds and half a liter of water to clean your entire body.

“Water does something to us,” explains Grohe of our tendency to linger a little longer when we bathe. “It wakes you up in the morning and calms you down at night. If you’re in a bad mood, you may be in a better mood after bathing, never the other way around. Water is a very powerful element.”

And the bathroom is fast becoming the most important part of a home. City dwellers can relate: in a toxic, fast-paced  and artificial world, the bathroom is a private retreat where you can relax.

“As a water place, it becomes a nature place in your daily life,” avers Grohe.

As head of Axor, the designer arm of the Hansgrohe brand of premium bathroom fixtures, Grohe has made it his mission to allow people “to experience the fascination of water in its best way.”

Collaborations with innovative minds such as Spanish architect and designer Patricia Urquiola, French designer siblings Ronan and Erwan Bouroullec, Italian furniture designer Antonio Citterio, and French architect and inventor Jean-Marie Massaud have spawned some of the most sophisticated and aesthetically appealing collections ever created for the modern bathroom.

But it’s in Axor’s latest team-up with the forward-thinking French designer Philippe Starck that a simple bathroom faucet becomes more than a thing of beauty. Who would have guessed that the very thing that dispenses water saves it, too?

Inspired by a tree branch—or a vegetable or, if we were to believe Starck’s story, his wife’s beautiful body, Grohe shares with a chuckle—Axor Starck Organic blends a sleek, sculptural, and surprisingly ergonomic design with technology that promotes the efficient use of water.

Grohe, who was in the country recently for the launch of the 40-piece Axor Starck Organic collection at the Kuysen Showroom in Eton Greenbelt Residences, Makati, says that during his initial meetings with Starck, “it was clear to us that we were aiming for a new way to use water in a responsible way.”

Both observed how people like opening a faucet full blast, while very few open it halfway and always on warm.

“But more than 90 percent of people wash their hands with cold water because they don’t wait for the hot water to come out of the mixer,” says Grohe ruefully. “So when they close it, they lose a lot of the energy from the hot water and they use up a certain amount of water as well. We talked about how to address this.”

Using less brass (and therefore, less energy) than conventional mixers, the shiny chrome-cast mixer separates a faucet’s on/off and hot/cold functions—a departure from the standard one-lever faucet. To turn it on, twist the lower end of the mixer near the spout and feel the snap or click for specific water control.

For temperature, note the hot/cold markings at the top of the mixer. Turn it on green for energy-saving cold water, orange for hot water. Ninety tiny openings on the spout’s spray ensure the gentle yet thorough shower of water on the skin.

It was during the production of the Organic collection when the Axor head truly appreciated Starck’s minimalist yet radical design.

“It’s more ergonomic than a cylinder because you can grip it in a much better way and it looks good in any position!” he exclaims after demonstrating how the mixer works.

Marveling at how nature inspired its look and function, Grohe says that coming up with attractive, energy-efficient products isn’t the company’s sole objective.

“We also propose new ways to use things, which is a big challenge for us. Changing the routines of people is not easy,” he says. “But that is the role of Axor in the Hansgrohe company. We have the freedom to create new things, which we love to do.”

The grandson of Hans Grohe, who founded his company in Schiltach (Black Forest), Germany, in 1901, Philippe didn’t seem like a likely successor to the man who would turn his humble, three-person operation into the thriving international success it is today.

Instead, he worked as a photographer, traveled the world, and was recognized for his work in advertising. “I don’t think I was an exceptional photographer, but I liked what I did,” admits Grohe.

When he was 23, his father flew to where he was shooting on location and spent the next two days trying to convince him to join the family business.

At first, Philippe balked at the idea; then it slowly started to make sense.

“My father claimed that as a photographer, you stay on the sidelines and bitch about what’s happening, but you don’t do anything about it,” he recalls with a grin. “In two days, he tried to tell me ‘If you do things right, you can change things.’”

The youngster gave himself three years to see if he could do just that.

Now 46, Grohe feels “extremely privileged to work with fantastic people. Every time I work on a project, I learn something new and it’s fun.”

These days, the Axor head lives just off the fringes of Schiltach, in an 18th-century wood house with two bathrooms—one for the kids, the other for him and his wife.

A fabulous shower and steam bath are the perks of his modest-sized, at-home spa. “I don’t need incredible space,” says the man who resides by a town famed for its lush, rolling landscape and quaint cottage architecture. “When I step out of the house, I am in the middle of nature.”