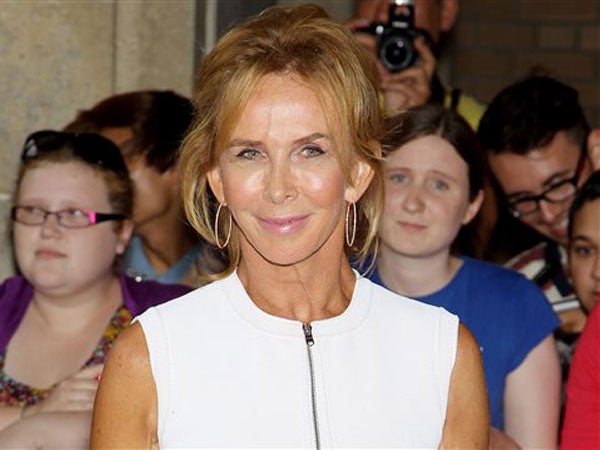 This Sept. 7, 2012 file photo provided by Starpix shows Trudie Styler during the 2012 Toronto International Film Festival in Toronto. Styler will star this fall in a new off-Broadway adaptation of Anton Checkov’s “The Seagull.” AP

NEW YORK— Actress and producer Trudie Styler, the better half of pop singer Sting, will star this fall in a new off-Broadway adaptation of Anton Chekhov’s “The Seagull.”

Producers said Wednesday that Styler will portray the fading actress Irina Arkadina in the Culture Project’s version of the classic work adapted by Thomas Kilroy and directed by Max Stafford Clark. This version will be set in late 19th century Ireland.

Previews begin Oct. 3 and opening night is set for Oct. 13.

Styler’s acting career began with the Royal Shakespeare Company and she made regular appearances on British TV during the 1980s as well as in many film roles. Her acting credits include the BBC series “Love Soup” and the film “The Next Three Days” with Russell Crowe. She has helped produce “Girl Most Likely” with Kristen Wiig and “Black Nativity” with Forest Whitaker.

She and Sting were married in 1992 and they also founded The Rainforest Fund, a charitable foundation dedicated to the preservation of the rainforest by defending the rights of the indigenous peoples. She also has put out yoga videos.