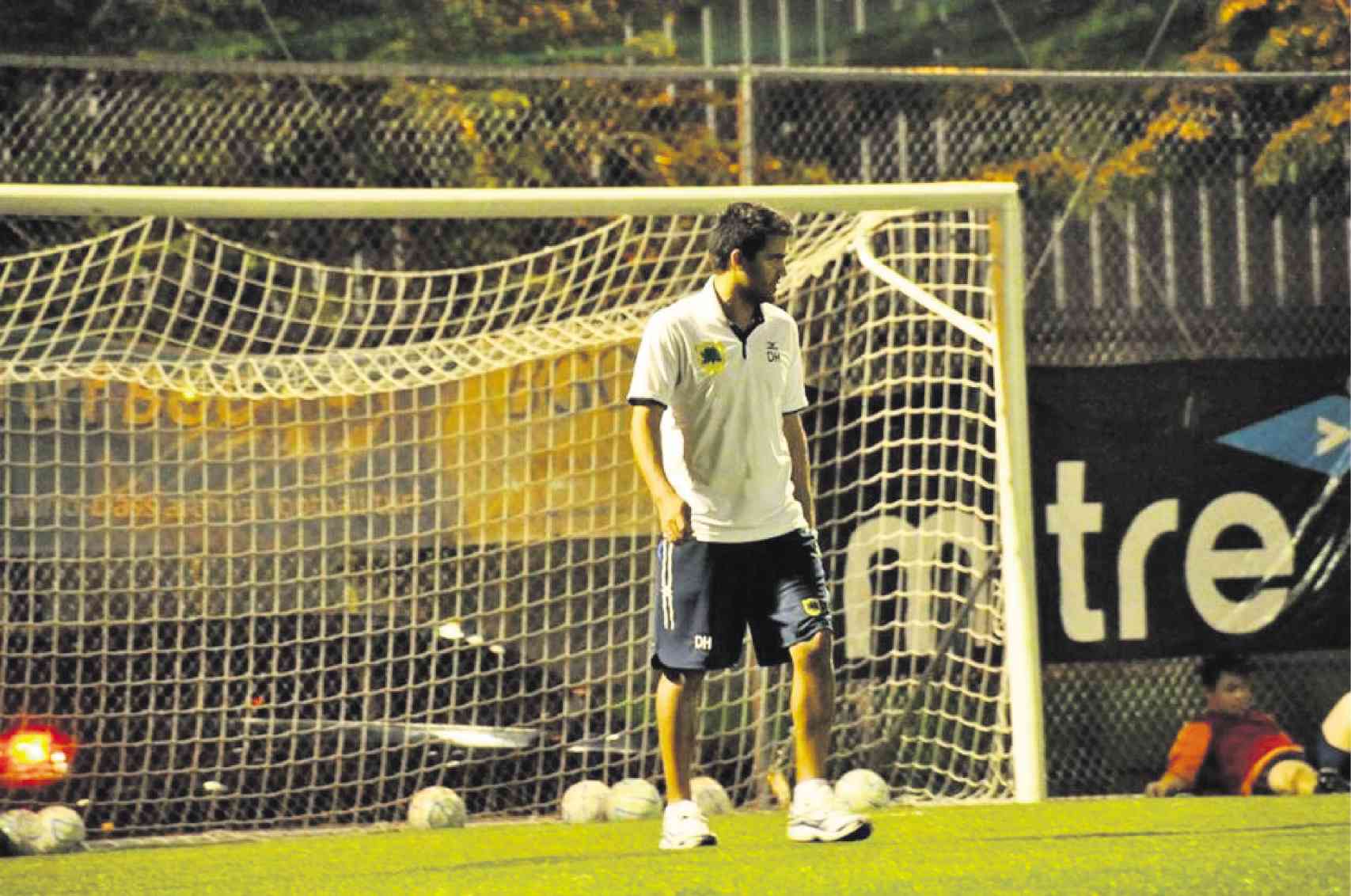 This Azkal is passionate about football, cause-oriented men’s grooming products

For a British-Filipino who just moved in from the United Kingdom a few years ago, Darren Heartmann has settled in quite fast.

The 28-year-old footballer has played for the national team, and is now sports commentator for the Azkals and the University Athletics Association of the Philippines (UAAP).

To help build the future of Philippine football, Heartmann founded the Great Oaks Manor PRO Skills football academy for poor kids, and is putting up a 10-hectare football complex.

“A project I’m passionate about is to bring football to the provinces,” Heartmann said. “Playing football has its rewards; there is a thrill that is addictive. But coaching is just as much a reward, but more in the sense of fulfillment.”

He added: “Children are amazing, given the chance. Their capability to learn not just the sport but the values and life skills associated with being in a team makes every session worth it.”

Heartmann said he’s busy training and creating jobs for local coaches in Laguna. “These coaches will work in local schools in the afternoon and help make football sustainable,” he explained. “In the morning, they will coach a select group of young players at our facility in Laguna, and then we will take the players to class and bring them home. If they stay disciplined both on the field and in the classroom, they will have the keys to open doors to better futures.”

He pointed out that, as a football coach, he can’t be around forever, “that’s why it’s important for me to teach technique and attitude as a habit. This means my players can go on and play with any team, with any coach.”

He continued: “I teach them to communicate as a team player, work hard  and listen to their coaches and teammates.”

Even as he coaches and promotes football, he’s expanding his corporate wardrobe.

“For a sports program to run efficiently, there is a huge dependence on organization and structure,” he explained. “Just like a football player has to put on his socks, uniform and boots, when I attend meetings and talk to sponsors, it’s important for me to dress appropriately.  Also, when I help analyze during the Azkals’ games, it’s important to bring out the black suit.”

He also puts a premium on his personal grooming.

“In my bathroom counter, you’ll find mounds of moisturizers from Aveeno,” he said. “It’s very important to look after my skin because I spend so much time in the sun on a daily basis. I use one during the day that has SPF15, and then at night, I use a different moisturizer, if I don’t forget. I also use a lot of products from Kiehl’s for my eyes. And the facial washes have worked best for me. It’s also my choice for anti-perspirant.”

His morning ritual involves a quick shower. “It has to be as hot as possible! I’ve been using Human Nature products in the shower as I really enjoy the zesty, fresh feel. Plus, it’s all for a good cause,” he said.

After that, he shaves before jumping back into the shower for a few minutes.

“Next would be to towel-dry my hair, then do moisturizing, followed by a little wax in my hair,” he said.

“Shaving takes up most of my morning routine,” he pointed out. “I will shave using a good-quality electric razor after applying my Aveeno shaving foam. As long as I shave after I shower, I don’t have to use after shave, but if I do I use Kiehl’s Ultimate After Shave  balm.”

Get your skin in shape to match your body by ditching that bar of soap. The truth is, soap can actually do more harm than good because it reduces your face’s natural oils. Instead, use a

Short on time? Apply your cleanser in the shower while the skin is already wet. Massage a small amount over the face and neck, rinse carefully and pat dry. After getting out of the shower, apply lotion immediately to lock in moisture.

Try Darren’s products from Human Nature. Pure Strength is a line solely dedicated to men, to address their unique needs for hair and skincare essentials. There’s good cause behind Human Nature because it is a social enterprise. Its core philosophies are being pro-Philippines, pro-poor and pro-environment.

Human Nature products are 100-percent made in the Philippines and 100-percent free of harmful chemicals. Available at Rustan’s Supermarket and Shopwise Hypermarket.