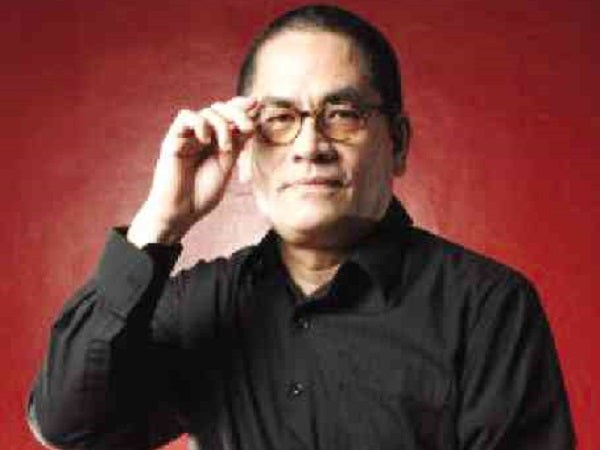 PADILLA: “The arts programs should not be handled by politicians but should be left to artists and designers who will make them flower.”

The reprimands and raves from his colleagues have died down, and to Felix “Nonon” Padilla’s mind, he has said his final piece.

But his words are difficult to forget, let alone dismiss. They were said as part of his acceptance speech after receiving the Natatanging Gawad Buhay! Lifetime Achievement Award from the Philippine Legitimate Stage Artists Group, Inc. last June.

With his usual wit and candor, the man who founded Tanghalang Pilipino, CCP’s resident theater company, and ran it for 16 years, spoke bluntly about an issue that many silently felt had been crippling the growth of Philippine theater: political patronage interfering with or blocking actual creative choices. He named names and minced no words: “Much energy and saliva have been expelled toward organizing the CCP art institution into a well-oiled machine, subject to the whims and caprices of political appointees, who should have done better… than dabble in gossip in the boardrooms.”

Many who listened to or read about his speech wanted to know: After years of fighting it out by working within the system, then resigning in protest over what he believed was an injustice by management, and spending the years after quietly directing productions for other companies, why finally air out his sentiments publicly and turn an act of celebration into a soapbox?

“It was an advocacy,” Padilla replies quietly, shrugging aside the accusations that he gave in to submerged feelings of resentment and bitterness. “They did not like the idea that I made [the acceptance speech] into a platform. It’s like a campaign for people to be aware that the arts cannot be subjected to politics. In governments and organizations in countries like France and England, the arts programs are not arbitrarily handled by politicians but are left to artists and designers who will make them flower.

“People have said I am simply bitter,” he says. “I am trying to set it straight. For me, [the speech] is a historical document where I had to set things straight for the record.”

Perhaps there is no better time than the present, or, to be more specific, the night he was finally recognized for his contributions to the dramatic arts.

“I am 63,” says Padilla. “My career technically is over. I can say what I like, and the people who have done this are not [in CCP] anymore.”

He still dreams of directing a “Macbeth,” “Hamlet,” or the full nine hours of the Greek epic “Oresteia.”

The winter that he thinks is encroaching will not stop him from doing what he loves to do: “This is my life,” he says. And for his art, he will say what he feels needs to be said.