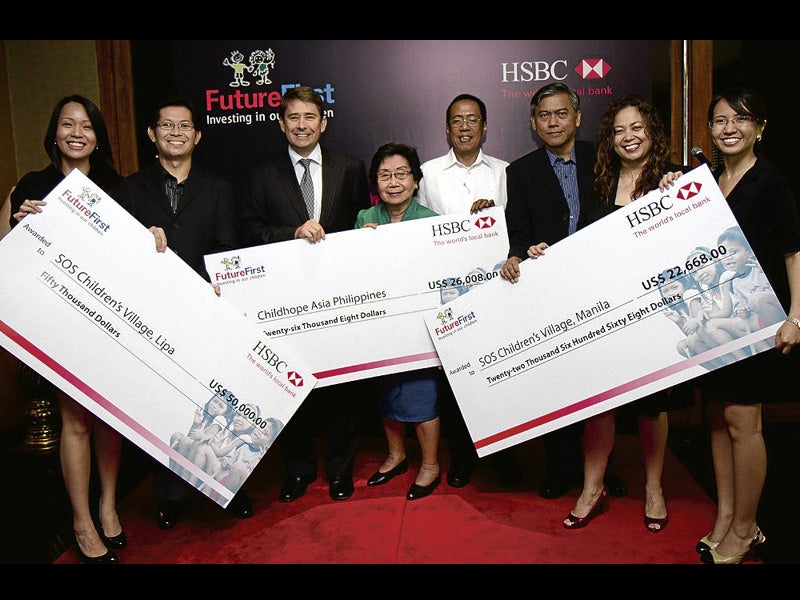 Bank helps save kids from the streets 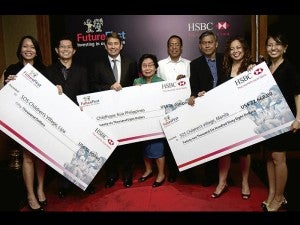 Street children are a depressing sight in the country. Recognizing the need to get them off the streets, a global bank has partnered with nongovernment organizations to help these kids.

Future First, launched in 2006, is HSBC’s education program for less-fortunate children. According to the HSBC website, Future First “provides access to education and teaches life skills to deprived and excluded children, whether on the streets, orphaned or in care.”

Support comes in the form of scholarships, teacher training, school equipment, family support and vocational training. Future First has 300 projects in 49 countries, which benefit half a million children globally. To date, HSBC has given $25 million in funds for this effort.

Johanna Garcia, HSBC group communications and sustainability head, said Future First has helped 35,000 Filipino children since it was launched in the Philippines.

“We reached over 1,500 Filipino children through education and livelihood projects. HSBC has put up a community-kitchen school and electronic library.” 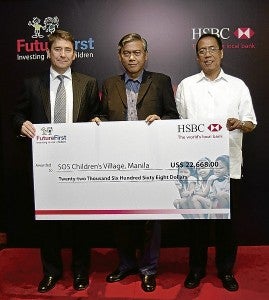 SOS Children’s Village Lipa was awarded $50,000. Its director, Johnald Lasin, said the money will fund the “Family Strengthening Program,” which will be for vocational training and short-term courses for the children of Lipa, Batangas. This project supports 89 indigent families.

“We educate them on how to protect themselves from physical and sexual abuse while on the street, and eventually encourage them to go to school and get to leave the streets,” she said. “We have 33 street educators in 18 areas. One teacher works together with a social worker to teach kids informal lessons in a churchyard or park.”

Childhope assists the kids, who usually come from dysfunctional families, in realizing that they have a choice. The kids can find security in homes or orphanages.

Garcia said they received over 100 entries, and screening took them a couple of months. HSBC employees also volunteer for the programs mentioned, said Cripps.