9/11 memorial rises from the ashes 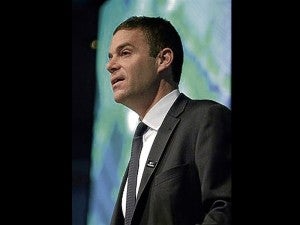 After surviving hurricane Irene a week ago, New York City, the resilient metropolis that it is, will again hog headlines as it marks the 10th anniversary of 9/11 next Sunday.

Since the fall of the Twin Towers, it has been a must, especially for first-time visitors to New York, to visit the site  in Lower Manhattan, never mind if the place offers nothing much in terms of photo opportunities. But that will soon change.

As early as May, NYC & Company, a private entity tasked to promote tourism in the Big Apple, has been announcing the city’s plans to build a museum on the site of the terrorist attack.

During a media conference at the International Pow Wow held in San Francisco a few months ago, Joe Daniels, project director of the National September 11 Memorial and Museum, and several NYC & Company officials briefed lifestyle and travel journalists on what to expect.

Visitors, said Daniels, would have to wait another year before the museum is completed, but he assured the public that the memorial honoring 2,982 victims of the worst terrorist attack in US history would be ready. Of that number, 21 were either Filipinos or Filipino-Americans who worked in various offices at the WTC.

The memorial also remembers victims who died in two other ill-fated flights, including those on the ground at the Pentagon, as well as victims of an earlier, less deadly attack on WTC on Feb. 26, 1993. First responders, consisting mostly of firefighters who died on the job, also have a place in the memorial.

“Victims hail from 92 different nations,” said Daniels. “The oldest was 85, the youngest was 2½. The memorial’s key features are two reflecting pools that outline the very footprints of the twin towers themselves. They will be the largest man-made waterfalls in the country.” 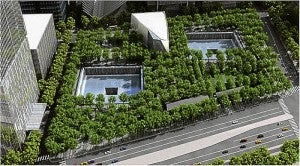 The entire project was designed by a Norwegian architectural firm, which also did the Oslo Opera House. The attraction’s highlight, of course, is a list of the 2,982 victims’ names etched on perimeter walls of both pools. Each pool is fully framed in steel, concrete and polished granite.

“We’ve already planted 141 of the 416 trees,” said Daniels. “All the trees look the same, all oaks, except for one tree, which is a little darker, taller and bushier than all the others. We call it the survivor tree.”

The tree, which was “95-percent injured” in the aftermath of 9/11, was rescued by people from the New York Parks Department, who balled and took it to the Bronx where it was nursed back to health. It was brought back to the WTC grounds where it was struck by lightning two years ago. It continues to survive.

“It has taken on this resonance of the story of survival,” he said. “We were lucky when President Obama came to New York after Bin Laden was killed. He came to the construction site and laid a wreath right in front of the survivor tree.”

An unfinished building near the two pools will function as an entry pavilion to the future museum 70 feet below, or at the very bedrock of what’s now considered by countless people of various faiths and nationalities as hollowed ground. 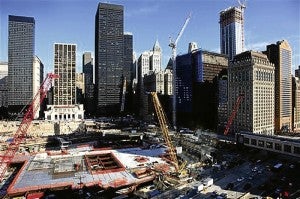 “Mayor Michael Bloomberg has made a commitment to dedicate these memorials on the 10th anniversary of the attacks,” said Daniels. “We’re aware that the eyes of the world would be focused on the sight in a tremendously intense way. As important as the anniversary is, we simply realized that it wasn’t enough to hold the ceremony (on Sept. 11), and then close the next day.”

After a series of deliberations, people behind the memorial have committed to opening to the public the next day, Sept. 12. Construction will continue in succeeding days if Bloomberg and his team are to deliver on their promise of opening a museum next year, as well as a satellite city of sorts, complete with several commercial buildings, office towers and a new WTC transportation hub.

As a symbol perhaps of America’s indomitable spirit and never-say-die attitude, the complex-in-the-making will include the country’s tallest building (after all, the Twin Towers, at one point, were the world’s tallest buildings).

“Since the memorial will be the first structure ever to be constructed on the 16 acres allotted for the project, it will be surrounded on all four sides by construction. And we’re creating entry and exit paths to bring visitors safely to the sights,” said Daniels.

Apart from the victims’ immediate family members, who will be given special passes, the rest of humanity who want to visit the memorial and reflect on the event’s significance would have to avail themselves of time passes through a free reservation system (log on to www.911memorial.org).

The system, said Daniels, is designed to minimize long queues and enable as many people from the world over to visit the memorial in a “safe, meaningful” way. By coming in at an appointed time, visitors could also plan their day instead of spending long hours queuing outside the memorial. 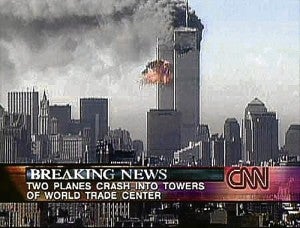 “Passes can be printed at home or by group planners. They will also be available for pick-up at our 9/11 Memorial preview sight next to the [new] World Trade Center,” said Daniels.

Even if you’re not planning a trip to New York anytime soon, you can get an idea of what the memorial is all about by exploring its website. Victims of 9/11 are no mere names arranged in alphabetical order, but are grouped together according to “layers of meaning.”

To present more nuanced information on the memorial’s website, such as who these people were, where they came from, and who they were with during the tragedy, Daniels and his collaborators have had to reach out and conduct countless interviews involving the victims’ friends and next of kin.

The application will also be available at the memorial through handheld devices.

“Most probably, the names would be organized into nine groups,” said Daniels. “One for the victims of the 1993 bombings, two for the Twin Towers, four for the hijacked flights, one for the Pentagon and another one for first responders.”

The project is a deeply personal one for some members of the 9/11 Memorial’s board. The CEO of Cantor Fitzgerald, one of the biggest companies based in the North Tower, is a board member. Apart from losing 658 employees, he lost his brother and best friend Gary to the tragedy.

By searching, for example, Cantor Fitzgerald, you’ll be able to see the names of the 658 employees who died that morning. These are the same names that are inscribed on one of the wall of the North Memorial pool. 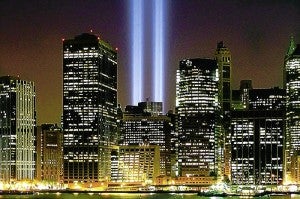 “The most personal and meaningful aspects of the names’ arrangements is its ability to respect relationships that existed between victims,” said Daniels. “Some of the most heartbreaking stories are those of entire families aboard the hijacked flights.”

A pair of men, presumably a gay couple, was traveling home from vacation with their three-year-old son. As with all families in the memorial, the pair’s names appear alongside their son’s, a feature that would not have been possible had their family names been listed in alphabetical order.

The youngest victim, Christine Lee Hanson, 2½, was with her parents Peter and Sue onboard UA Flight 175, the second plane of two hijacked planes that crashed like a guided missile into the South Tower. Her name will appear below that of her parents’.

The memorial also has its share of what may be called life’s cruel ironies. Abigail Ross not only lost her dad Richard, but also her best friend Stacey Lee Sanders, who was new at her job at Marsh & McLennan.

AA Flight 11, which was carrying Richard, slammed into the North Tower, where Sanders and thousands of others were just about to begin their day. Before people on the ground could comprehend what was happening, UA Flight 175 hit the South Tower a few minutes later.

Apart from being immortalized at the 9/11 Memorial, their real-life experiences and those of thousands of others gain new meaning as they enrich a city already brimming with old and new stories to tell.

Delta Airlines, one of International Pow Wow’s major sponsors, has several daily flights from Manila via Japan to key US cities such as New York, San Francisco and Los Angeles.