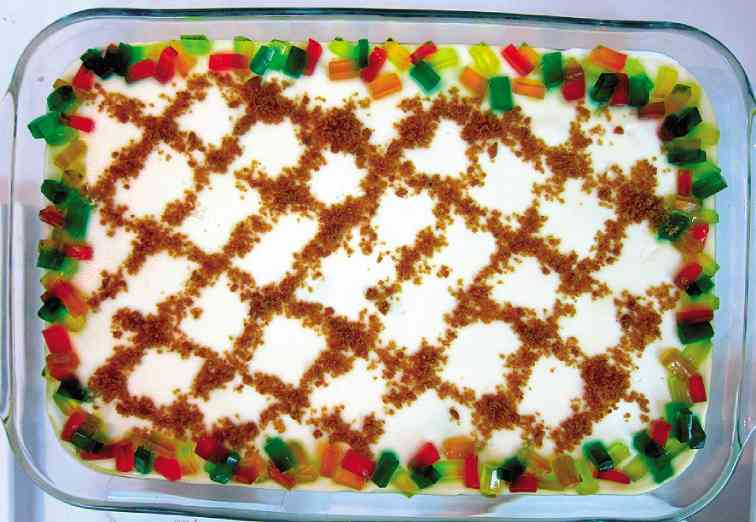 We had a neighbor in Sta. Maria, Bulacan, named Ka Viniang, who made the most delicious puto pandan. It was moist, with a tempered sweetness and a somewhat sticky topmost layer. She used to grind the rice with a stone grinder. Around the mid-2000s, she started to grow weak until she stopped making puto.

We asked her, why not teach your grandchildren how to make it? She said that her granddaughter did not like to make puto. She wanted to be a dancer on “Eat Bulaga.”

Ka Viniang passed away a few years ago and we miss her dearly. And I regret as well the fact that no one can make puto anymore the way she used to.

That is why I am joining the call of older and wiser foodies to write down the recipes of your parents and grandparents. Heirloom recipes, no matter how simple they may seem, are real treasures.

Last August 22, we had the occasion to taste the heirloom recipes of former President and now Manila Mayor Joseph Estrada. Chef Jessie Sincioco (of Le Soufflé fame, one of the authors of the Filipino cookbook “Kulinarya” and who now has her eponymous resto Chef Jessie at the Amorsolo Building in Rockwell) recreated the recipes of the matriarch of the Ejercito clan, Doña Mary (Ejercito being the mayor’s real surname).

Opinions on the former president may differ, but friends and critics are united in saying that the food at the Ejercito table has been absolutely delicious. Estrada credits his late mother for this. “You can no longer find a woman like her,” he says, recalling that she used to cook a feast every night, for her husband and 10 children, and served it after the Angelus. Then she played the piano for Estrada’s father, then the City Engineer of Manila.

At the event, chef Jessie recreated Doña Mary’s Sopa de Mariscos, where the flavors of the seafood really stood out; Kilawing Librillo, a not-so-common take on ox tripe; and asparagus wrapped in Jamon Serrano.

The Manila mayor, whose menus always require a beef course, shared his mother’s Caldereta de Vaca recipe, which chef Jessie followed to the letter. The result was a very tender brisket and slightly spicy sauce that was highly addictive.

Another dish the mayor loves is bacalao. Personally, I’m not a fan of this fish—it’s stiff and dry and so salty! But chef Jessie soaked it, and the bacalao danced in the tomato sauce and olives.

There was also Paella Marinara and Chicken a la King. But overshadowing these two final main courses were the eye-popping and mouth-watering desserts. Apparently Doña Mary was a respected pastry chef back in the day; she even made the wedding cake of then President Elpidio Quirino’s daughter.

Chef Jessie reproduced Doña Mary’s La Ventana de la Catedral. “It’s just gelatin!” she explained when I ooh-ed and ahh-ed. But it was oh-so-colorful. She also made a simple Chocolate Fudge Cake that was beautifully moist, and the silvanas were buttery.

If there is anyone who can successfully remake a recipe, it has to be chef Jessie! (Her latest project, by the way, is “100,” a revolving restaurant in Eastwood.)

Another man who has a treasure of heirloom recipes is Inquirer’s own Sandy Daza. Anak lang naman siya ni Nora Daza, our own Julia Child. Wooden Spoon, which has some of Nora Daza’s recipes as well as Sandy’s own, is an unassuming Pinoy resto on Katipunan Avenue in Quezon City that has gained a loyal following because of the consistently delicious food. Now it has a second floor, and soon will open at the Concourse Level of the Power Plant Mall in Rockwell. We can’t wait!

In the meantime, please do collect and collate your own family recipes. You might also want to inspire yourself in this direction by submitting an entry to the Doreen Fernandez Essay Writing Contest. (I know I discovered much about our own family’s breakfast recipes when I submitted an entry back in 2004.)

This year, the topic is rice: “How can we keep rice on our tables, what can farmers do to increase productivity, etc.?” Deadline is Oct. 31, and you can e-mail inquiries to [email protected]

Otherwise, just buy a notebook and get those recipes from your mom, dad, lolo, lola, kusinero, kusinera. These recipes are priceless!