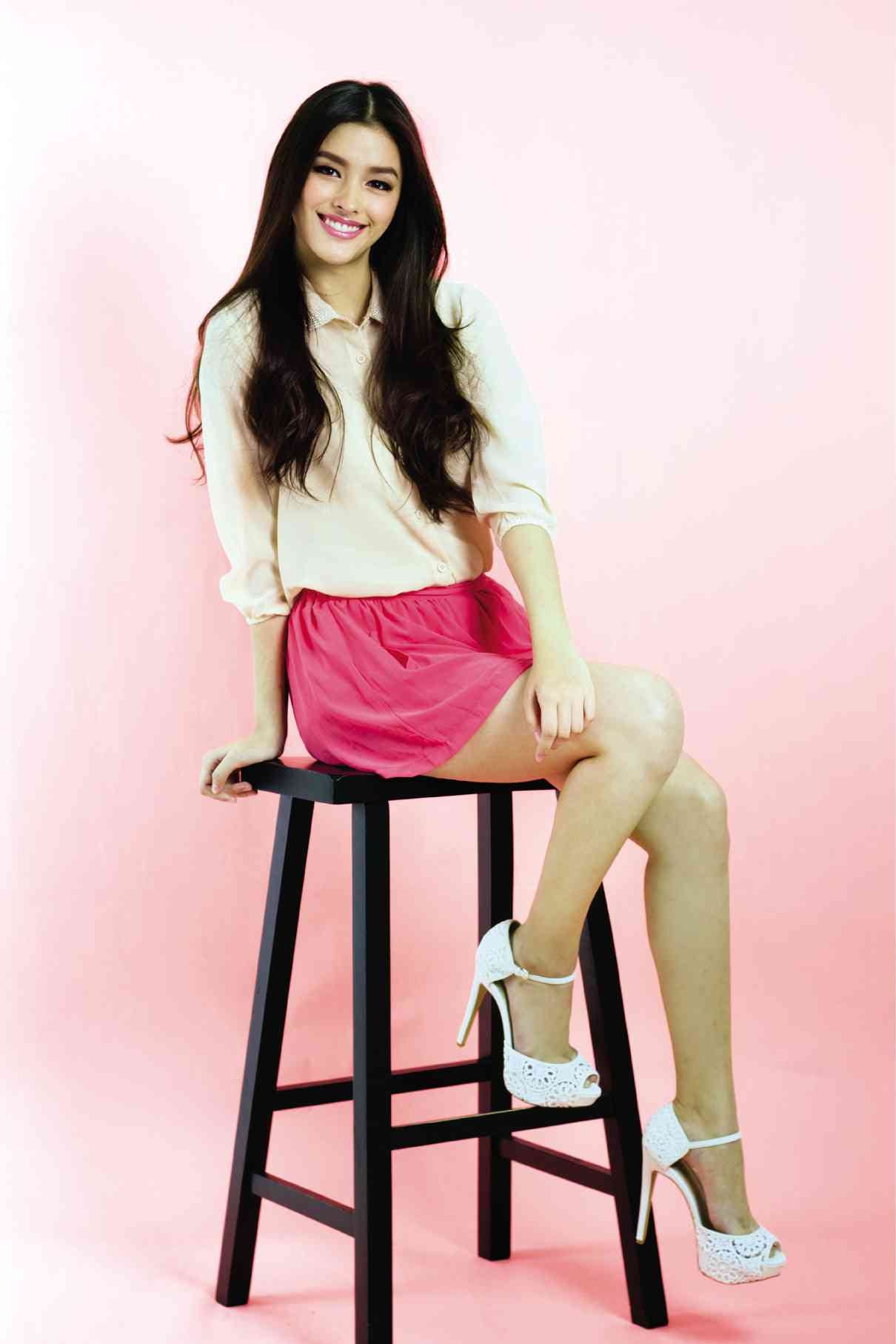 The name Liza Soberano has a ring to it that just makes people want to scream “star.” And for good reason.

The 15-year-old is the definition of a star. Liza’s youthful and lovely face is one that photographers dream of and makeup artists can treat like a blank canvas.

She’s not conceited about her beauty. She is soft-spoken and humble.

This Fil-Am grew up in the US. “I just came here to visit my father,” Liza recalled her trip when she was 10. The trip led to a permanent stay in the country.

The change of environment gave her allergies. Yet settling in this strange new place yielded opportunities.

Initially, Liza wanted to be a model. Her statuesque form and striking, elegant features would have been more than enough to make her one. But show business opened doors for her not long after she moved to the Philippines.

“I studied here and joined a few pageants. That was where I met an agent who would introduce me to my manager,” Liza added.

She fell in love with acting and eventually joined Star Magic Circle 2013.

These days, she is busy honing her acting skills and preparing for more projects. In ABS-CBN’s new drama series “Mira Bella,” Liza specifically requested to play the kontrabida.

That was pretty unusual for someone as young as she is, but Liza loves a good challenge that would develop her talent and allow her to experience something new.

Liza also has Filipino lessons to improve her diction. After speaking Filipino for three years, she is pretty fluent now.

Outside her busy schedule, vegging out, watching movies or going out with friends is not really Liza’s cup of tea. A bookworm, she would rather sit back, a good book in hand. Her latest favorite read is Jay Asher’s “Thirteen Reasons Why.”

Apart from acting, Liza has landed in print ads everywhere. How does she react when she sees larger-than-life versions of herself? Liza exclaimed, “OMG, ako ba yan?”

While she may be used to hearing compliments on how pretty she is, Liza admits that she sometimes doesn’t quite know how to react. “When I say ‘thank you,’ people might think that I think I’m pretty. But when I don’t say ‘thank you,’ they might think, ‘Ay, ang taray naman niya,’” Liza said.

When it comes to fashion and dressing up, Liza is open to almost anything, from classic pieces to trendy styles. Like any teenager, she loves to wear  comfy and reliable jeans-and-shirt combo. “I wouldn’t mind wearing jeans and Converse, but what I really like wearing are girly clothes,” Liza said.

With her youthful and elegant style, Liza has just been introduced as the new face of Kashieca, a clothing brand known for its classic, feminine line.

She is perfect for the brand. So young. So classy.