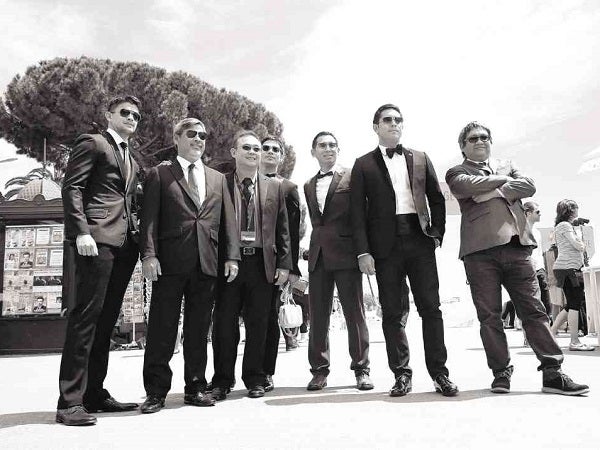 Attamovie!—How ‘On The Job’ all-in gamble paid off

“‘On The Job’ came from an interesting conversation with a service driver sa isang shooting. Kinukwento niya na nakulong siya, and the only way he was earning money in prison to support his family was to do hit jobs outside; that was over 10 years ago, but it stuck with me,” recalls director Erik Matti.

Now a full-fledged film, “On The Job” is the latest Filipino work to make waves in show-biz circles—both local and international— and on social media networks.

“On The Job” is a dark tale of corruption, desperation and choices.

The film premiered at the Directors’ Fortnight section of the 2013 Cannes Film Festival.

The movie is a huge departure from the typical fare of rom-coms that comprise Philippine cinema today. “On The Job” has been stewing in the pipeline for several years; everyone who read the script loved it, but financing it was a problem.

“No one was really doing something like that. It was really a tough sell,” says Matti.

Coproducer Dondon Monteverde (Reality Entertainment) agrees. He knows his action films, having cut his teeth working for his mother, Lily Monteverde of Regal Films. He recounts: “We made a pitch for the project for all the producers to see. We shot it, we showed it; a lot were amazed, but they were scared. They know an action movie is expensive.”

They knocked on several doors but were turned away. There was talk of financing from the United States, but it never materialized. “If it were a Hong Kong film na ganito, OK lang, pero kung sa Filipino galing, [they would ask], ‘What have you done in the Philippines?’ Alam lang nila ’yung mga ‘dukha-dukha’ natin na movie,” adds Matti.

It would take one of their friends and business partner, Leo Po, to have another look at the script and rekindle interest to make the film. “When I first read the script, I fell in love with it. This is a story that needs to be told; this is a movie that needs to be made,” Po says.

The foray into full-feature film production is a new experience for Po, who deals mostly with TV commercials. “On The Job” is his first film project.

Monteverde credits Star Cinema for getting the film done. “Star had the heart to do movies na medyo action, ayaw nila ng puro rom-com, and they had star power—they had Piolo, Gerald—they could give us the stars. When they came in as a partner, everything happened… Creatively, we’re happy that Star had confidence in us; they left us to produce the whole thing for them. For that, we’re really grateful,” says Monteverde.

Despite having found a financier, the team still faced budgetary obstacles. “We tried to cut down, but when we saw the script, sayang naman; it’s well-written and well thought of in terms of the treatment Erik wanted. Sabi namin, ‘Hindi na. Gawin na natin ’to. Nag-usap kami ni Malou Santos,” recalls Monteverde. “I think it’s really time to do something big-budget and showcase it, rather than make something small and claim budgetary restrictions. This time we didn’t give ourselves any excuses. We went all the way.”

“It was a major gamble!” exclaims Matti with a laugh.

The gamble paid off. During the buyer screenings in Cannes, the 300-seater cinema was full. “It was huge for us. No one had seen ‘On The Job’ except us, but on the first day, they had to turn away 100 people,” says Matti.

“Masarap lang tingnan sa Cannes kasi tayo ’yun dati. Pinoys were the ones lording it over in movies before in Asia, and right now na-overtake tayo ng iba. Ang mission namin ni Erik is to regain that,” says Monteverde.

“On The Job” was a test case for the team for many reasons. Apart from reigniting a dead genre, the production adhered to strict standards atypical to film industry practices in the Philippines.

The film showed both affluent and impoverished areas of the city; it was inevitable that the crew would be brought to dangerous locations.

“We were shooting with Piolo and Gerald, so crowd control pa lang, ang hirap. We also went to a ‘lawless’ squatters area,” says Monteverde.

“We gave up on the third day; we were supposed to shoot for five days, but we gave up. It’s the kind of place na pumasok ka with a guide; when you want to get out na walang guide, hindi ka talaga makakalabas,” adds Matti.

The key location Matti focused on was Manila. Chase scenes and hushed conversations were shot under the rain by the light of streetlamps in the city. It was Matti’s homage to the city. “‘On The Job’ is really a Manila movie. We wanna pay tribute to Manila as a cinematic city. It is a cinematic city,” says Matti.

Matti shares his experience with Gerald Anderson. “But his films, ’di naman puwedeng basis sa role niya. The first thing I said to him was, ‘You’re almost too nice. I don’t know if you have it in you to be ruthless and ambitious.’ Nagulat talaga ako kasi tama ’yung pagkayabang niya, pero when he was with Tatang, he was talking like an anak. Nakakabilib kasi he did all of that from just a general instruction.”

It was Joey Marquez, though, who proved to be the revelation, though Marquez himself had reservations when he read the script. “Tumawag pa ’yung manager niya, sabi, ‘’Di naman kami mapapahiya rito?’” Matti recalls with a laugh. “Joey said, ‘Direk sigurado ka, ha, kaya natin ’to?’ But he’s a natural talaga,” adds Matti.

Po agrees. “I’ve always liked his comedic work, but for him to show a different side, that he can do action and drama, that’s a revelation. We saw how good he was in ‘Tiktik,’ and from there we said, ‘Perfect si Joey for the role of Joaquin.’”

Though “On The Job” successfully premiered in Cannes, receiving positive nods from US publications like The Hollywood Reporter and Variety, the film was not made to be shown in Cannes. “I’ve seen many people do films saying, ‘This is for Cannes.’ Tapos ’di ka naman tanggap. Binaril mo lang sarili mo sa paa. We were working towards a good film to show our local audience. Bonus na lang ’yung Cannes,” he says.

To date, the film has been picked up for distribution in North America, France, Japan, Korea and Germany. There have already been talks about an American remake. “We can’t tell you the company yet, but they have a director attached to it already, Baltasar Kormakur, who directed ‘Contraband’ and starred in the original Icelandic version. Hopefully matuloy,” says Matti.

“It has made its mark internationally already. In Korea at PiFan (Puchon International Fantastic Film Festival), it was a Jury’s Prize winner, and Joel Torre was best actor,” adds Monteverde.

There are already talks of a DVD release with bonus features, and a sequel. “Napag-usapan namin ni Erik, malaki ’yung iniwan sa ending na puwedeng gumawa ng Part 2, but we won’t tell you yet,” teases Monteverde.

Matti adds, mischievously, “Maybe just a hint; maybe we’ll shoot Rayver’s head off in the opening of the sequel!”

Monteverde muses, “I think we were able to plant a seed with ‘On The Job.’ I hope it just blossoms.”

“On The Job” is still showing in cinemas nationwide. Check with cinemas near you for screening schedules.