For the first time, Harry Thomas talks about his ladylove | Lifestyle.INQ ❮ ❯ 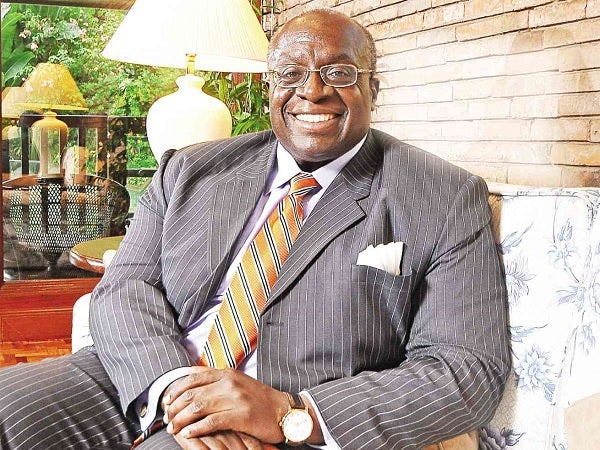 For the first time, Harry Thomas talks about his ladylove

Well, I am very fortunate to have met a Filipino woman.”

This admission of US Ambassador Harry K. Thomas Jr. about his romance with a Filipina, came at the end of our interview, but it was well worth the wait, if only because that must have been something the whole town was waiting to hear.

His reply was candid and quick; it was as if he had been expecting that nosey question from the moment he welcomed us that Tuesday afternoon to the residence of the US ambassador.

For some time now, Thomas’ romance with a Filipina has gone from talked-about to “a given.”

He and corporate executive Mithi Aquino (no relation to President Aquino) have been an “item” for more than a year now. They are seen together at official functions, parties, small dinners, and although he doesn’t have to state that she is his “date,” people usually presume when he introduces her. Their joint presence has no need for a firm official tag (much like the rotational presence of US troops in the country).

Before long, Mithi—gracious, charming and pretty as she is—not only became known to Manila’s diplomatic and social circles, but also made friends on the social scene. The diplomat and Mithi are obviously a well-liked couple, who seamlessly blend right in.

To begin with, many had warmed up to the American career diplomat since the start of his posting here in 2010; at the onset, Filipinos loved it that the diplomat loved music. That was an easy connectivity.

Also, the photos of Thomas and Mithi are on Facebook and on social media.

And again, in the July 6 celebration at the US Embassy dinner, Thomas opened his remarks by saying that soon, he “and Mithi” will be leaving the Philippines. One couldn’t get more official than that.

So—don’t blame us if, much as we knew we should talk about US-Philippine relations and the Visiting Forces Agreement, our top-of-mind agenda (with some prodding, if not explicit order, from our editor in chief) was to know more about Thomas and his Filipina love.

Those in the social and diplomatic circles refer to Mithi as the ambassador’s “fiancée.” Interestingly, this year finds a few diplomats married to a Filipino, among them Italian Ambassador Massimo Roscigno, who has been married 19 years to Agnes.

The friends and social circles of Thomas and Mithi do not elaborate on personal details about the couple—they and their friends are that discreet. What is known is what Inquirer has already written of them—that Mithi is a human resources executive and that they met on a cruise ship, where Mithi was training the staff. She has two children, a boy and a girl; he has a daughter, now a young adult living in the US.

Human Resources must be one source of compatibility of the couple. Thomas, a career diplomat since 1984, was director for human resources of the US State Department.

When the ambassador and Mithi, with her kids, went on a leisure trip to Boracay, friends noted how happily they bonded. They added that Mithi has shown a sense of propriety where Thomas’ diplomatic job and embassy resources are concerned.

She joins him not only at socials but also in some civic work. A few weeks ago, Chile Ambassador Roberto Mayorga and his wife Paulina invited Thomas to join the Chilean diplomat’s regular Saturday football outreach program with schoolchildren in Caloocan. Thomas did, bringing Mithi along. It turned out that Mithi, who hails from Jolo, also lived in Caloocan.

It is said that when Thomas winds up his term in the Philippines this September and flies back to the US, to Arizona, on a fellowship with the University of Arizona, he will work on his personal affairs, as well. (He is a graduate of the College of the Holy Cross, studied further at Columbia University and has an honorary doctorate of Philosophy from the Loyola University of Maryland.)

Friends confirm that marriage is in the future for the couple.

However, on top of the fact that Thomas has a Filipino fiancée—a morsel tasty enough for gossipy Manila (just like gossipy Washington), this hefty diplomat obviously loves people and is at home with them. And to Filipinos who are hospitable and who, as if intrinsically, love to connect, that kind of diplomat is always welcome.

Thomas is a people’s diplomat, given his gracious way with people. That afternoon, he had just come from a talk before De La Salle students.

More important, Thomas seems to be genuinely interested in the people and our culture. Beyond diplomacy, he knows what there is to know about us and what to experience in the country, from music to the arts to destinations, and the food. He loves diwal, for instance.  He has gone parasailing and has ridden the banana boat in Boracay.

During this shoot, as we make him pose by the swimming pool of the ambassador’s residence in Makati, he points out the images of fish painted on the bottom of the pool—“They’re by Vicente Manansala,” he said. He knew about Manansala, Amorsolo and other Filipino artists.

What has been for some time now the US ambassador’s residence was the home of a prominent Filipino family who commissioned Manansala, who would be National Artist, to paint fishes on the bottom of the pool. It’s good to know that a foreign diplomat is knowledgeable of and genuinely appreciates such a symbol of Filipino cultural heritage—at a time when many of the country’s politicians are, without second thought, tearing down heritage buildings or putting up tacky lampposts.

Of that afternoon shoot/interview, we will always remember the image of the robust US ambassador (he really lost some weight) standing by the balcony overlooking the pool, wearing a sunny smile at a moment when it was beginning to drizzle, his orange necktie and socks making his aura even more cheery.

Another image of Thomas that Filipinos are familiar with is that of him and his ubiquitous iPad. He loves to take photos of people, from the well-heeled and the prominent he’s with at socials to the ordinary community folk.

At the State of the Nation Address at Batasan last July, the moment he was escorted to his VIP seat, he brought out his iPad and proceeded to shoot photos of Justice Secretary Leila de Lima and other secretaries who evidently were enjoying the social-media moment.

Thomas is a great believer—and user—of social media. He is on Facebook. And, take note, he is his daughter’s friend on Facebook.

That made us chuckle—why is he like every parent? Hovering.

But he is not like every son, in one way. How many grownup, or even juvenile, sons do you know these days who still write letters—not e-mails—regularly to their mothers? Not many.

Thomas, who’s in his 50s, regularly writes snail mail to his 80-ish mother back in New York. And it follows that he also doesn’t post anything on FB that his mother or grandmother wouldn’t like to see.

“I think you want to upload anything your grandmother might like to see,” he said when asked what a diplomat like him can and cannot upload on the Internet.

He now speaks a smattering of Filipino. He speaks also Spanish, Hindi, Bangla—languages he apparently learned during his postings in India, Zimbabwe, Nigeria and Peru.

He worked in the White House as director for South Asia at the National Security Council.

During our interview, which is run on this page, he spoke of the US government’s trust in President Aquino, and the benefits coming as a result of that trust.

Among these has been the move to award some US projects here to Filipino expertise.

He beamed with pride when he said that the 27 agencies under the US embassy have earned an A rating.

He also tackled the rotational presence of US troops in the country.

At a dinner hosted for him by retail magnate Ben Chan a few months ago, we asked Thomas what he would miss most about the Philippines.

With a pensive expression, he looked around and said, “This. Its people.”

In fact, however, his ties to the Philippines will not end when he leaves end of this month.

His fiancée, after all, is Filipina.

He said of Mithi, “She’s a lovely person from an outstanding family. I’ve been truly blessed, and now I have Filipino affinity.”