Striding into a new year, with boots on | Lifestyle.INQ ❮ ❯ 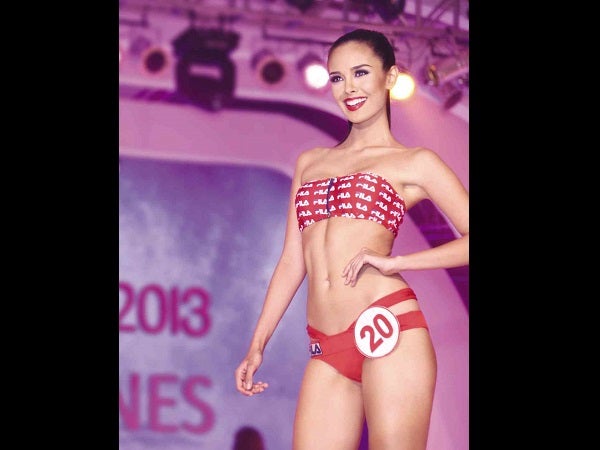 Striding into a new year, with boots on

Girls just want to have fun! It’s the perfect thought as I head to Balesin Island to celebrate my birthday weekend with friends.

Among the early birthday gifts I’ve received has been a pair of Stuart Weitzman boots. Stuart Weitzman is a stylish shoe designer, also known as the “King of Boots.” The flagship boutique recently opened at SM Aura Premier, and the footwear is not only fashionable but functional as well.

The full collection of footwear extends to sexy stilettos and evening sandal designs, with, of course, emphasis on the boots. Stuart Weitzman understands that a great shoe is more than form or function—it’s about making a woman feel beautiful.

At the opening, the designer said, “Manila is one of Asia’s most beautiful cities, whose women have sought out our shoes in their worldwide travels. I’m excited to launch my first boutique here.” Well, Filipino women are certainly excited to get to know Stuart Weitzman better, too.

From stilettos to running shoes, fellow runner Tricia Chiongbian-Concepcion can wear any footwear in style. Tricia, now with a second baby boy, has joined Amanda Griffin-Jacob and Delamar Arias on the Wyeth Promama team of Fit and Fab Mamas.

Wyeth Promama has been promoting healthy pregnancies, enlisting the Fit and Fab Mamas to be their spokespersons on the subject. All three mothers are walking testaments to the fact that life is further enriched by pregnancy.

Tricia, a known health enthusiast, maintains her fit lifestyle including running a few kilometers a day even late in her last trimester. Delamar, who has a popular radio show, doesn’t let morning sickness tone down her natural exuberance and humor during her program. And Amanda, a two-time mom, hasn’t succumbed to the “mommy meltdown,” indeed continuing to be one of the most beautiful faces in local show biz.

Gino Añonuevo, product manager of Promama, also enlisted respected pregnancy experts doctors Christia Padolina and Angel Bandola to discuss pregnancy myths and misconceptions. Wyeth Nutrition, makers of Promama, is a key proponent of healthy pregnancies. The product itself is a nutritional milk, designed to support women and their baby during pregnancy.

Prepping for the pageant

Fila Philippines president Cris Albert has been sporting a slimmer figure lately. She showed it off in great style when she sat as a judge at the Miss World Philippines pageant.

Megan Young, the new Miss World Philippines, is also the latest Fila ambassador. Fila will be giving Megan full support as she readies herself for the Miss World pageant night in Jakarta on Sept. 28.

Born in Alexandria, Virginia, Megan has been working in Manila for the past several years as a television and film actress. She was also chosen as Miss Sports at the Miss World Philippines 2013, where Fila hosted the swimwear competition.

Fila has also been a sponsor of the Philippine National Rugby Union Team, more popularly known as the Philippine Volcanoes. Fila sponsored the team to go to the Rugby World Cup Sevens in Moscow, the first time that the country participated in the foremost international rugby competition.

I want to end this column with a “Happy Grandfather’s Day” wish to all the lolo out there. One of my favorite lolo, although he will surely chastise me for revealing his age group, is emcee par excellence and well-respected society columnist Johnny Litton.

So, Tito Johnny, may you have more years of love, blessings and happy memories. I know that, as always, girls just want to have fun with you.