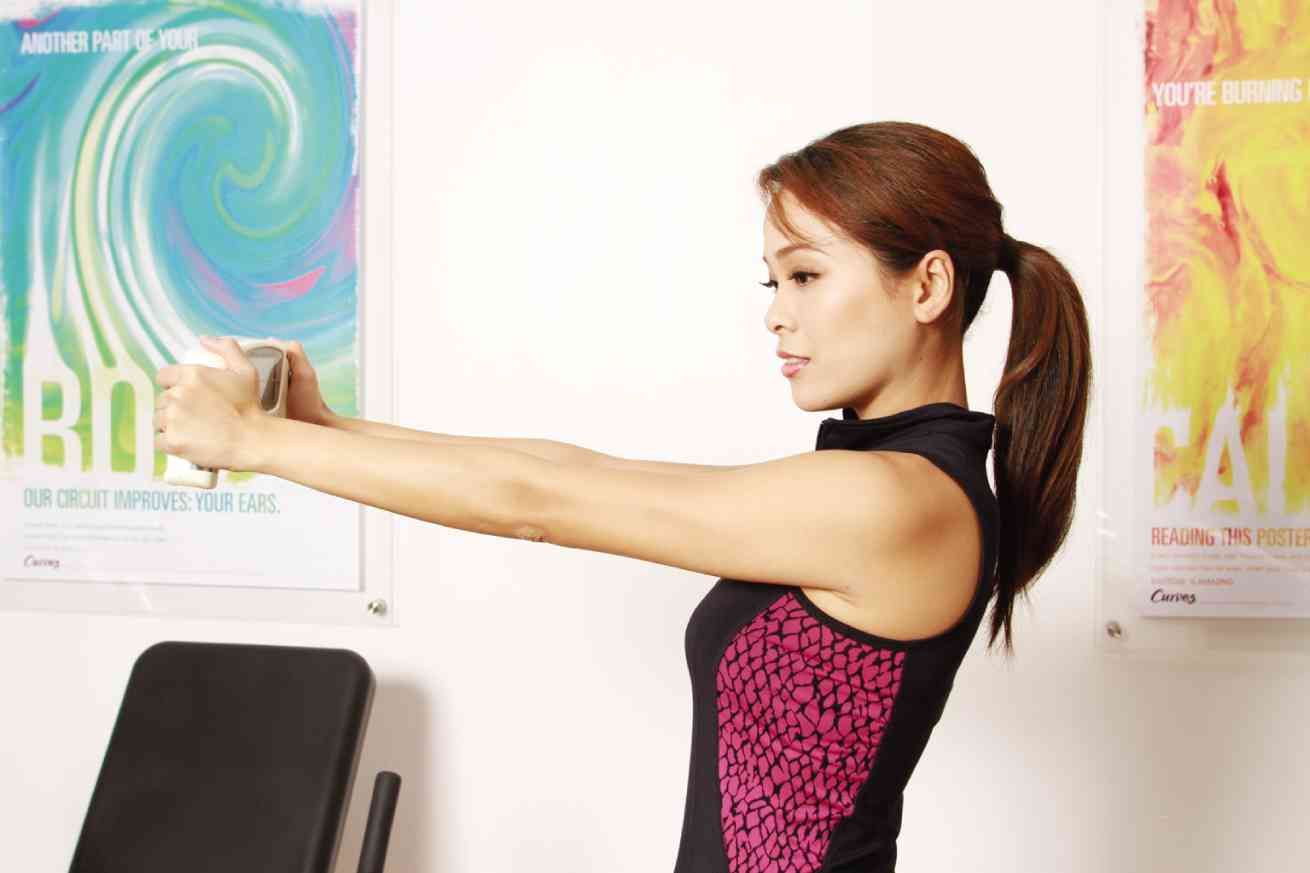 BODY fat is measured every month to determine progress. Lapid looks at the machine that measures fat.

A woman’s 30-minute workout promises to burn more calories even while the body is at rest.

While most programs will have the same elements of weight resistance, aerobics and stretching, the Curves program is a circuit training workout that consists of alternating aerobic activity on a board and 12 hydraulic resistance machines.

This means that instead of using pulleys and cables which can be quite daunting for women, the machine uses air pressure to provide the resistance to the muscles.

These hydraulic machines provide resistance when pushing against or raising the weight.

The attraction of Curves is that it can be accomplished in 30 minutes.

Curves was established in 1995 in Texas by Gary and Diane Heavin who discovered a market that wanted a quick and efficient workout without the intimidating setup of a conventional gym.

Curves lays claim to being the largest franchise for women’s workout with 10,000 locations worldwide.

“We have professionals who don’t have the luxury of time to work out. But they are able to expend more calories in 30 minutes. The faster you go and the higher the heart rate, the more you burn,” says Czarina Sunga, operations officer of Curves in Serendra and Eastwood.

You change exercises every 30 seconds by alternating it with an aerobic movement such as jogging in place or jumping jacks, and pressing the machine that targets a specific body part.

The whole circuit takes 15 minutes. You have to do another round to start sweating. A coach will motivate you to run faster or change your exercises between stations.

Every month, the client is measured in terms of vital statistics and body fat.

Sunga has been working out for three years now. After giving birth last year, she worked out at Curves and quickly lost her postnatal fat.

Curves also has a weight-management plan—not a diet—which recommends foods to eat or avoid.

She adds that as a cross training program, Curves workout gives her the stamina to enjoy her boxing classes.

To test the effectivity of Curves, the Exercise and Sport Nutrition Laboratory in Texas A&M University observed a control group in a 14-week period which did the workout thrice a week.

Paola Lapid, an account executive of Mega Publications, says the Curves program works for her: “I’ve tried other fitness centers and I ended up cheating on the equipment. At Curves, the machines are designed in a way that you can’t cheat. I’m more toned now and my stamina has improved. Curves workout gave me the energy to do more.”

But how does the client deal with potential boredom from doing repetitive movements and no progression when she hits a plateau?