Get a skin, blood test to rule out TB | Inquirer Lifestyle ❮ ❯ 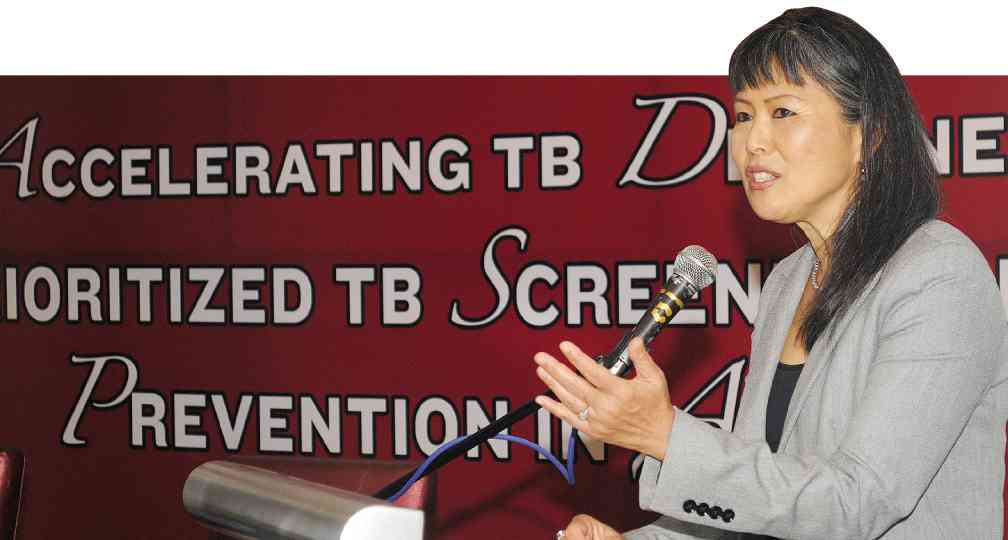 Get a skin, blood test to rule out TB

Every 25 seconds, somebody somewhere dies of tuberculosis (TB). It’s a disease affecting an estimated two billion people in the world, with two-thirds of them living in Asia.

You can have TB and not even know it.

In a 2012 report by the World Health Organization (WHO), the Philippines ranked No. 2 in TB prevalence in Asia, second only to Cambodia and higher than India, Indonesia, Malaysia, Thailand, Vietnam and South Korea.

TB is caused by Mycobacterium tuberculosis, an infectious disease that attacks the lungs but can infect any part of the body. It is an airborne disease, transmitted by inhalation of droplet nuclei when an infected person coughs, sneezes, laughs, talks or even sings on Karaokefest nights.

But before anybody starts looking suspiciously at sneezers, TB is usually—but not always—acquired over a period of time. Meaning, you are most likely to become infected from people you live or work with than from strangers you bump into in your daily commute.

Nor can you acquire it through handshakes, shared drinking glasses or eating utensils, clothes, toilets and other surfaces, said a report by the Centers for Disease Control and Prevention in Atlanta, Georgia. You need to breathe in the TB bacteria to become infected.

“One cough is as effective as five minutes of yelling in spreading the bacteria. Tuberculosis is an equal opportunity disease. Everybody is susceptible. We all have to breathe… At least a third of you [in this room], if we did a skin test, would be positive,” said Dr. L. Masae Kawamura, expert clinical tuberculosis consultant based in San Francisco, California, during a symposium held at the Shangri-La Edsa. Kawamura was in the country on the invitation of the pharmaceutical and healthcare company United Laboratories (Unilab).

Kawamura said TB carries a lot of stigma especially among Filipinos, even though no one is at fault. And it shouldn’t be because it is such a common infection, she said. TB, she added, is a preventable and curable disease.

Most people who breathe in the bacteria have bodies that are able to fight and stop the bacteria from growing. This is called latent TB—which is asymptomatic, or one that shows no symptoms at all. The bacteria are inactive but remain very much alive in the body and may become active later on if untreated. An estimated 30 to 40 million Filipinos are infected with latent TB.

Some people carry the bacteria for decades, and might eventually break down with the disease 50 years later when their immune system is compromised by age or by other diseases.

On the positive side, people with latent TB cannot spread the bacteria to other people.

“TB is one of the most enigmatic diseases of mankind. It’s been around for thousands of years, and the reason is that it’s a slow-growing organism. It has a thick, waxy coat that makes it very difficult for the body to kill. And it easily evades our immune system, persisting in our bodies for years or decades,” Kawamura said.

Dr. Camillio C. Roa Jr., consultant in internal medicine (pulmonary) at the UP Philippine General Hospital (UP-PGH), said people who have latent TB have a 10-percent risk of reactivating the bacteria in their lifetime.

Even so, Kawamura added that people who have healed themselves have 10 times more risk of getting TB down the road later on.

People at risk of becoming infected, said Kawamura, are those with suppressed immune systems such as patients with HIV or end-stage kidney disease, diabetics, smokers, cancer patients, old people, children under five years old who have immune systems that are still immature, and people having transplants.

“To minimize the spread of tuberculosis and an outbreak risk, the government should work on providing a screening for people in congregate settings such as dialysis units, schools, hospitals, jails, prisons, homeless shelters and nursing homes.

Kawamura said TB is a disease of poverty and immigration. Urbanization has people moving in from the countryside to big cities like Manila. TB spreads more easily in crowded places. One has a 50- to 70-percent chance of dying from untreated TB, just as not everybody with hypertension develops a stroke.

Latent TB is usually treated in six to nine months. A person with active TB will require much longer time. She said there’s an increasing number of multidrug-resistant TB, with less than 10 percent of the cases worldwide getting treatment. That means they continue to spread.

“There are over 10,000 organisms per ml for smear positive. Discovering TB late will make you multidrug-resistant because you have more organisms, therefore less chance of error for treating,” Kawamura said.

Kawamura advises people to get a skin test and blood test to rule out TB. The WHO targets a 50-percent reduction of TB prevalence and death by 2015. It hopes to completely eliminate TB as a public health problem by 2050.