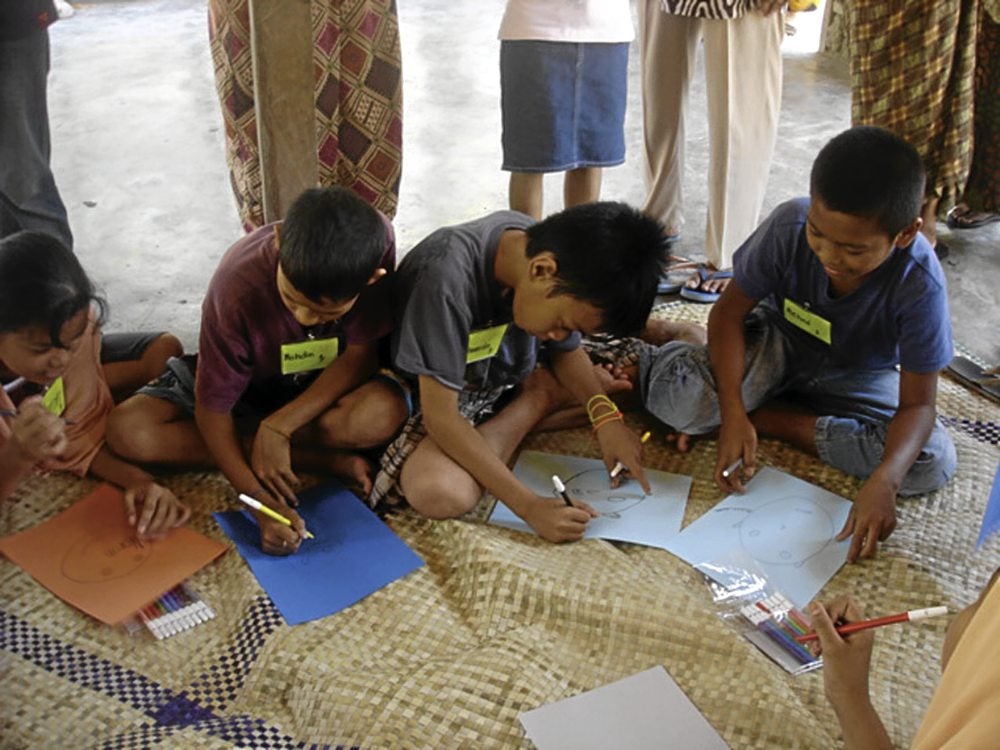 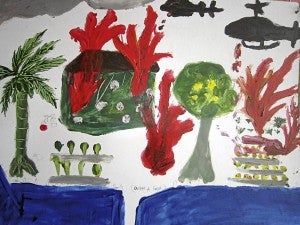 After the government addresses the economic needs of victims of calamities and war, artists come in next.

Why? It is through the artist and their art that victims experience psychosocial healing.

Recently the National Commission for Culture and the Arts (NCCA) held the 12th Artists for Crisis (A4C) in Dapitan, Zamboanga del Norte. The seminar was part of a series that started two years ago.

The A4C is a quick-response program to aid in the psychosocial healing of communities ravaged by war and natural or man-made calamities in the country. The emphasis of A4C is on women and children in the community.

The workshop completed the third group of artists, the Lumads.

The Lumads, defined in Cebuano as “a rising out of the earth,” consist of artists from different indigenous groups all over the Philippines—from Kalinga, Bontoc, Kankana-ey, Ifugao, Talaandig, T’Boli, B’laan, Bisaya, Banawaon, Aeta, Subanen, Matigsalug, Mangyan, Tagabawa, Ati and Manobo. 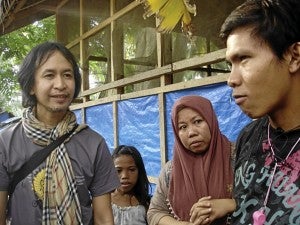 The four-day training for the artists consisted of plenary sessions from resource speakers, who addressed the problem of “cultural identity” and crisis situations.  The training will help the Lumad artists in assessing and giving the trauma healing within their respective communities.

The workshop also showcased the different cultures of the indigenous peoples: from the invocations which included different rituals such as praying to their religious icons, to the chants which they incorporated in their rituals.

The artists employed different art forms in artistic psycho-healing, such as the visual, performing and literary arts.

The artists from the indigenous groups used these art forms to revive and pass on their cultures to the younger generation, one artist said during the plenary sessions. 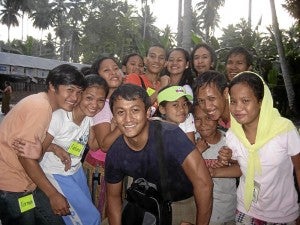 Bro. Karl Gaspar, CSsR, a member of the Redemptorist Itinerant Mission Community/Team that conducts missions in various parishes in Mindanao, addressed the artists and talked about the problem of a cultural identity among indigenous peoples.

Aside from that, he also addressed the fact that “they [indigenous peoples] should see themselves as equal to the  ‘lowlanders,’ contrary to their perception of inferiority.”

Lowlanders tend to have a “condescending” view toward indigenous groups in the country.

Gaspar also talked about the problem of colonial mentality, a systemic feeling of inferiority left behind by several hundreds of years of colonialism in the country.

“Even festivals are a clear violation of rituals of indigenous peoples,” he said. “Music arises from their integrity.”

Gaspar said that Filipinos had become “culturally traumatized” because of several years of colonization. 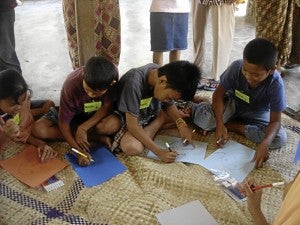 In the same manner, even one Lumad artist said they themselves could not classify if they really belong to the Lumad; there had been continued cultural dialogue on how they should be addressed.

Aside from Gaspar’s talk,  June Pagaduan Lopez also gave her two cents’ worth about the way the artists should react in crisis situations.

“From my experience, certain crisis situations demand that the artists be patient when it comes to their respective communities,” Lopez said. “One parent asked me once why I was encouraging the child to play after a military encounter. I said in reply, ‘When would you have them play?’”

She stressed that feelings of trauma, which stemmed from experience of war and natural calamities could be resolved through counseling and even the arts. 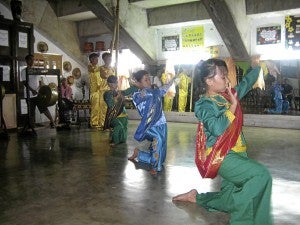 Lopez initiated several group discussions to address the problems of artists in their respective communities. One Lumad artist said they were even identified as members of the New People’s Army by the military, which caused them trauma.

The plenary sessions enabled the different Lumad artists to interact among themselves. They were not grouped according to their indigenous groups in some instances.

The plenary sessions were conducted  to orient the artists on how they would address psychosocial problems in their communities.

Ernie Cloma, from the Philippine Educational Theater Association, talked about how he had used theater arts to help children rehabilitate.

“I used trash to make puppets so that the children can express themselves,” Cloma said. “During the session, a child refused to play because he was afraid of what happened to him.”

“The use of the different art forms for therapy can purge  fear, hatred and trauma.”

The Lumad artists were encouraged to create illustrations of what they felt toward the natural or man-made disasters they experienced. Visual artist Alma Quinto facilitated those sessions.

The questions “Why did it (the natural or man-made disaster) happen?” and “What was the creative response of the community?” were among those raised.

The four-day training focused on “enlightening” the Lumad artists on the artistic methods in psychosocial healing, not on the problems of the victims per se.

Before Dapitan, 11 workshops had been conducted, most of which  in Mindanao, for victims of domestic violence, military conflict, cultural discrimination, and child trafficking. A4C has produced 88 trained facilitators and 242 participants since its inception.