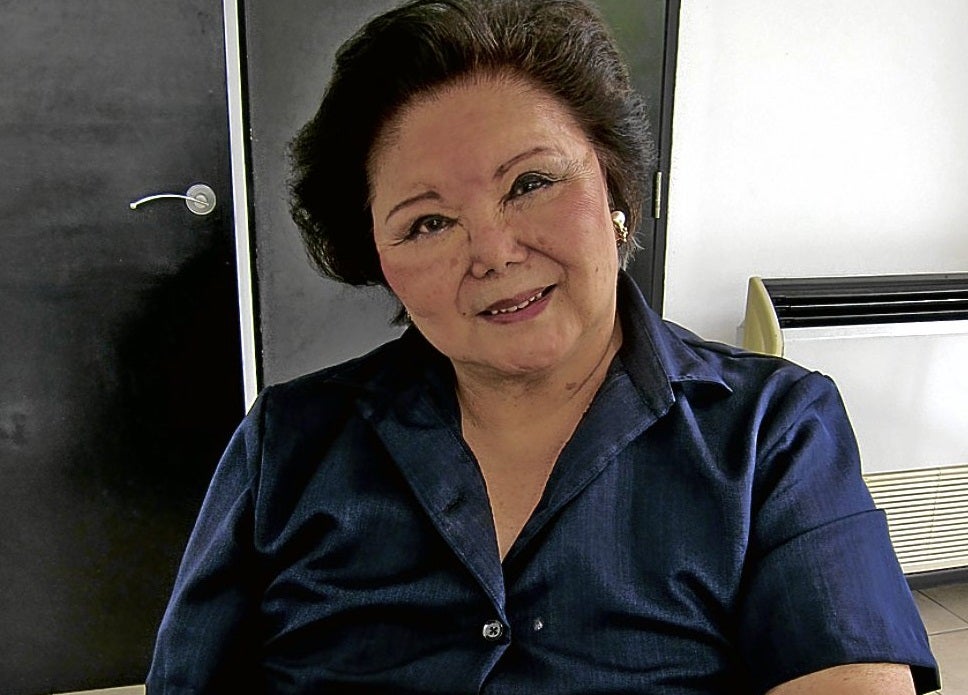 MANILA, Philippines—She was dubbed the “Epitome of Filipino Gastronomy.”

Nora Villanueva Daza, the Philippines’ first culinary icon, died after a lingering illness at her Quezon City home at 2:45 a.m. Friday. She was 84.

A day before Daza’s death, daughter Nina said one of the caregivers overheard her mother saying: “Lord, please take me. I’m already tired.”

“My mom had lived a full life,” said Nina. “She had lived a life she wanted, and we are at peace with that.”

The veteran gourmet chef and restaurateur underwent heart bypass 12 years ago and has been battling pneumonia since.

She would always complain about the excruciating pain in her knees caused by arthritis. She could not walk and had to move around in a wheelchair.

Daza, said to be the “Julia Child of the Philippines” (Julia Child being an American TV chef and author portrayed by Meryl Streep in the culinary drama-comedy “Julie & Julia”), was a best-selling cookbook author and a restaurateur who took the risk of opening a Filipino restaurant in Paris, called Aux Iles Philippines, and a French restaurant in Manila, Au Bon Vivant, back in the ’70s.

Her first-ever cookbook “Let’s Cook with Nora,” first printed in 1969, has been a handy guide for housewives eager to prepare easy and delicious meals for their families. Daza then followed her best-selling cookbook with two more recipe books, “Galing Galing Philippine Cuisine” (which she co-wrote with daughter Mariles Daza) and “Nora V. Daza: A Culinary Life” (written with Michaela Fenix).

In the ’80s, she hosted an instructional culinary show on television titled “Cooking It Up with Nora,” where she whipped up thousands of dishes. Through her TV show, she instantly became a household name. She also had a radio program, “At Home with Nora.”

In the ’90s, she wrote a food column for Inquirer Lifestyle.

Readers of her cookbooks get a glimpse of her devotion to Pinoy food, what with their amusing anecdotes, useful cooking tips and vivid descriptions of places she’s been to.

Her last cookbook launched two years ago, “Festive Dishes with Family and Friends,” contains some of her favorite home-cooked dishes, with additional recipes from family and friends.

“La Nora will always be alive in every Filipino kitchen—big, small, loaded or not. A Nora Daza book has to be in every cook, chef, foodie and newlywed’s collection, if not the only cookbook in the house,” said food expert Nancy Reyes Lumen.

Daza’s body lies at the Loyola Memorial Chapel on Commonwealth Avenue in Quezon City. Her body will be cremated Sunday at 1 p.m.