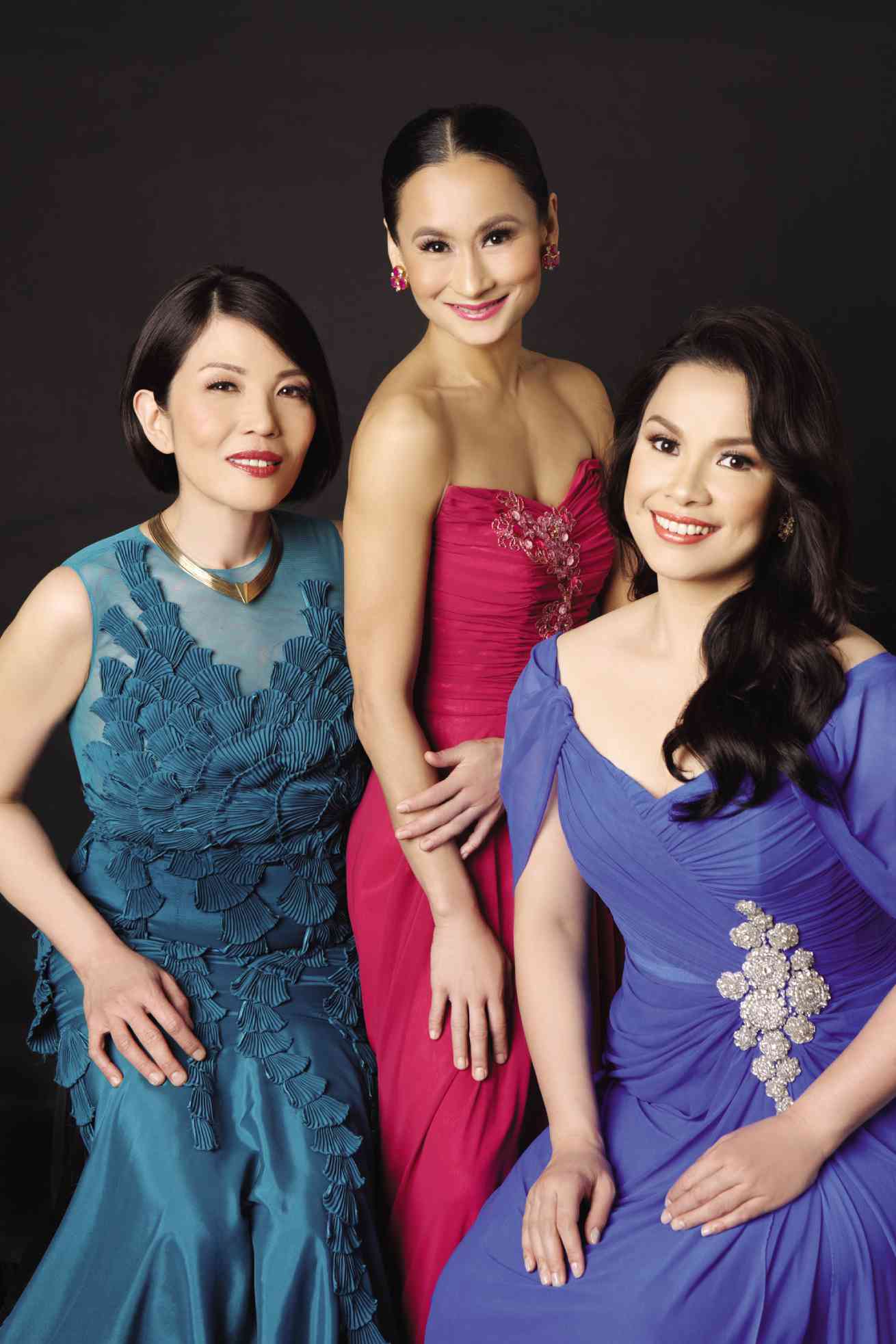 “THE LEGENDS and the Classics Encore” will again feature piano masterpieces from Cecile Licad, lyrical-ballet numbers from Lisa Macuja-Elizalde, and medleys of Broadway hits and standards from Lea Salonga.

‘Legends and Classics,’ with Macuja, Licad and Salonga, returns to CCP

Hailed as a rare gathering of three iconic performing artists—Lea Salonga, Cecile Licad and Lisa Macuja-Elizalde—“The Legends and the Classics” will have much-awaited repeat performances this October.

The winner of last year’s Aliw Award for Best Concert Collaboration, it returns to the stage as “The Legends and the Classics Encore,” on Oct. 12, 8 p.m., and Oct. 13, 5 p.m., at the Tanghalang Nicanor Abelardo (Main Theater) of the Cultural Center of the Philippines.

Presented by the Manila Broadcasting Company and Ballet Manila, the concert will highlight individual spot numbers, including medleys of Broadway hits and romantic standards from Salonga, immortal piano pieces from Licad, and lyrical ballet numbers from Macuja-Elizalde. But what will make it even more unforgettable are the triumvirate’s collaborative performances combining song, music and dance.

“The Legends and the Classics Encore” will also feature Ballet Manila and the ABS-CBN Philharmonic Orchestra under conductor Gerard Salonga. Roxanne Lapus directs.

As concert producer, prima ballerina Macuja-Elizalde said the return engagement was already in the planning just a few minutes after the curtain call of “The Legends and The Classics” in March last year.

“The resounding success of the event, the collaboration onstage and the way the audience was making us bow and bow, not wanting the evening to end, was really contagious,” she said. “At the back of my mind, I was already mentally committing to a repeat performance while I was still an active performer. The question was, when? We were finally able to synch our schedules for October 2013. So, it is finally happening again!”

Macuja-Elizalde, who is also artistic director of Ballet Manila, credits lawyer Katrina Legarda for planting the seeds for staging a show like “The Legends and the Classics.” “She was the first person to give me the idea of such a grand concert event,” the ballerina explained.

While the repeat concerts will essentially retain the flavor of the original show, Macuja-Elizalde said that Licad’s decision to perform a completely different repertoire will be an added treat. “We are also ready with a surprise number to end the show.”

Multi-awarded thespian and singer Salonga, who began her career in musical theater at the age of 7, took the West End and Broadway by storm with her starring role in “Miss Saigon,” for which she won a Tony Award and a Sir Laurence Olivier Award.

A certified child prodigy, Licad made her debut with a full orchestra when she was also 7 and launched her international career as a piano virtuoso when she became the youngest gold medalist of the prestigious Leventritt Competition at age 19.

Meanwhile, Macuja-Elizalde learned her first ballet steps at age 8 and went on to hone her talent in Russia, becoming a soloist of the legendary Kirov Ballet when she was barely out of her teens—the first foreigner to be invited to join the group.

With BPI Credit Cards, Sofitel Philippine Plaza, and Bellarocca Island Resort and Spa as major sponsors, “The Legends and the Classics Encore” is also supported by Island Rose.

Tickets are available at all TicketWorld outlets. For details, check out www.ticketworld.com.ph or call tel. 8919999.