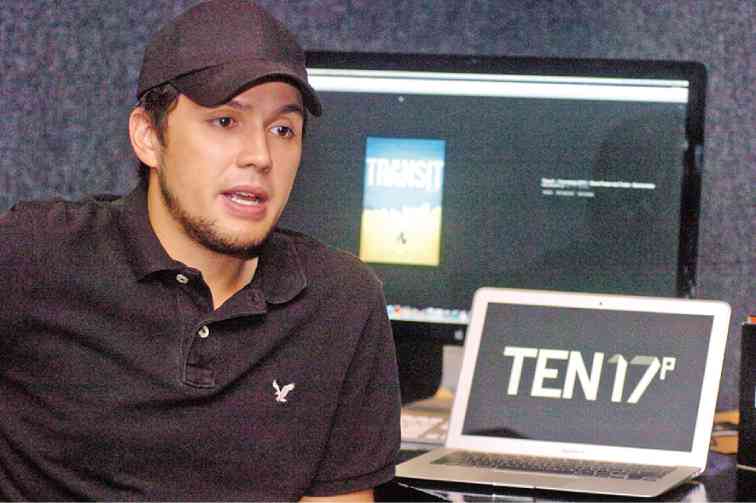 “WHEN film students ask me for advice, I tell them to travel, it’s the best. It opens your eyes to things you’ve never seen before.”

It all started with his love for stories and a fascination for extraterrestrials. That’s how director Paul Soriano got into the business of directing commercials and making movies. It’s simply about telling a story, he says, one he hoped the audience would like.

When he was a young boy growing up in Los Angeles, California, Soriano remembers watching “E.T. the Extra-terrestrial” and feeling the hair on his forearms, and neck stand on end. The classic “Close Encounters of the Third Kind” also held his attention. Repeated viewings did not diminish the appeal of these two films; in fact, they only deepened his admiration for them.

When he returned to the Philippines, he was further immersed in the business of filmmaking since his grandfather was actor Nestor de Villa while his father, Jeric Soriano, is also a TV commercial director.

“I grew up around film people. I remember meeting director Lino Brocka who was mentoring my father at the time. When Tito Lino died, I remember going to his wake and seeing him in a box. I was so curious, I had never seen a dead person before so I wanted to wake him up. I had just come back from the States then,” he says.

Like the stories he likes that have a beginning, a middle and an end, he needed to know what had happened to his uncle Lino. How does someone go from being alive one minute to being lifeless the next?

This quest for stories persisted in Soriano’s young life but before he could even begin directing TV commercials and telling stories in 15 or 30 seconds, he first had to learn the ropes, so to speak.

“In 2005, I started doing apprenticeships, production assistant work where we hardly got paid. It took a lot of patience and hard work, but one of my biggest breaks came when singer Gary Valenciano chose me to co-direct his concert in 2006.”

For that concert, Soriano created several videos that were shown onstage and that caught the eye of several advertisers. This eventually led to his directorial debut, a commercial for Jollibee’s Langhap Sarap meals, which got the ball rolling.

“I’ve been very blessed that advertisers choose me to direct their commercials, which in turn allows me to direct or produce feature-length films,” he says.

His own film company

Soriano recently put up 1017b, his film company to complement the existing Abracadabra, which handles TV commercials.

The three films he has written, directed or produced, namely, “A Journey Home” (1999), “Thelma” (2011) and “Transit” (2013) have all gone on to win a raft of awards for writing, directing and producing. His actors have also been lauded by different award-giving bodies here and abroad.

In an earlier interview, the boyish-looking director and producer said that he doesn’t choose to do a film because he is determined to win awards. First, he has to be won over by the story, which is what happened in all his three movies. Only then does he consider casting or possible locations.

“That’s what I do as a director. I work in reverse, especially when it comes to doing movies. I have to fall in love with the story and that’s why it takes time—usually two years. I don’t fall in love right away. When people watch a film I make, I hope they see that it’s full of love, full of heart, and that it is well-researched and well-planned.”

To prepare, he buys books and reads up on the subject. He also watches other films that can compare. “What I put on the big screen is actually years of hard work.”

Soriano says it was a big risk to produce “Transit,” Hannah Espia’s feature-length directorial debut for the Cinemalaya Film Festival. But it was a risk he thought was similar to the one Gary V must have taken when he chose Soriano to co-direct his concert.

“People said I was crazy choosing to work with film students who wanted to shoot in Israel, which I knew would be very costly.”

But he decided to take “Crazy” as a compliment. “For me, you have to do crazy things in this world if you want to make things happen. There is a quote, not mine, that says: ‘If your dreams don’t scare you then they’re just not big enough. We have the freedom to dream, so why not dream really big even if it scares you?’”

For “Transit,” a crew of eight with a cast of veteran and new actors had to learn Hebrew in six weeks and shoot the movie in Israel in 10 days.

“Any producer would be crazy to do this,” Soriano says. “Thank God for advertising. I looked at my savings account and said, ‘Let’s empty it’ because that’s how I work. In order to become very successful in life you have to take very big risks. And I’ve taken a lot of risks. I’ve been in the industry for seven to eight years and not everything has worked, but thank God, ‘Transit’ was like a gold mine.”

The film earned a total of 10 awards at the recent Cinemalaya, including Best Film in the New Breed category, the first Best Actress award for Irma Adlawan and Best Supporting Actress for Jasmine Curtis-Smith.

Soriano’s phone has been ringing nonstop since. This early, he already has ideas for two new feature-length films percolating in his mind.

“I’ve been working on my fourth film for two years already, believe it or not. Shooting might begin early next year, while we might only begin shooting the fifth film two years from now. I’ve fallen in love with these two stories and not a day has gone by that I haven’t thought about them,” he says.

His fourth film will be about a modern-day Filipino warrior, while the fifth will tackle an important but largely unknown period in Philippine history.

“It will be about the Open Doors policy in World War II when the country saved 1,300 Jews from the Holocaust. This was during President Manuel Quezon’s time. It was like  ‘Schindler’s List’ but with Filipinos saving the Jews. That’s one of my dream films,” he says.

An obvious workaholic, Soriano takes time to recharge by playing golf or basketball and traveling.

His final piece of advice: “Fall in love, fall out of love, make new friends and travel the world.”