Getting ready for something big | Inquirer Lifestyle ❮ ❯ 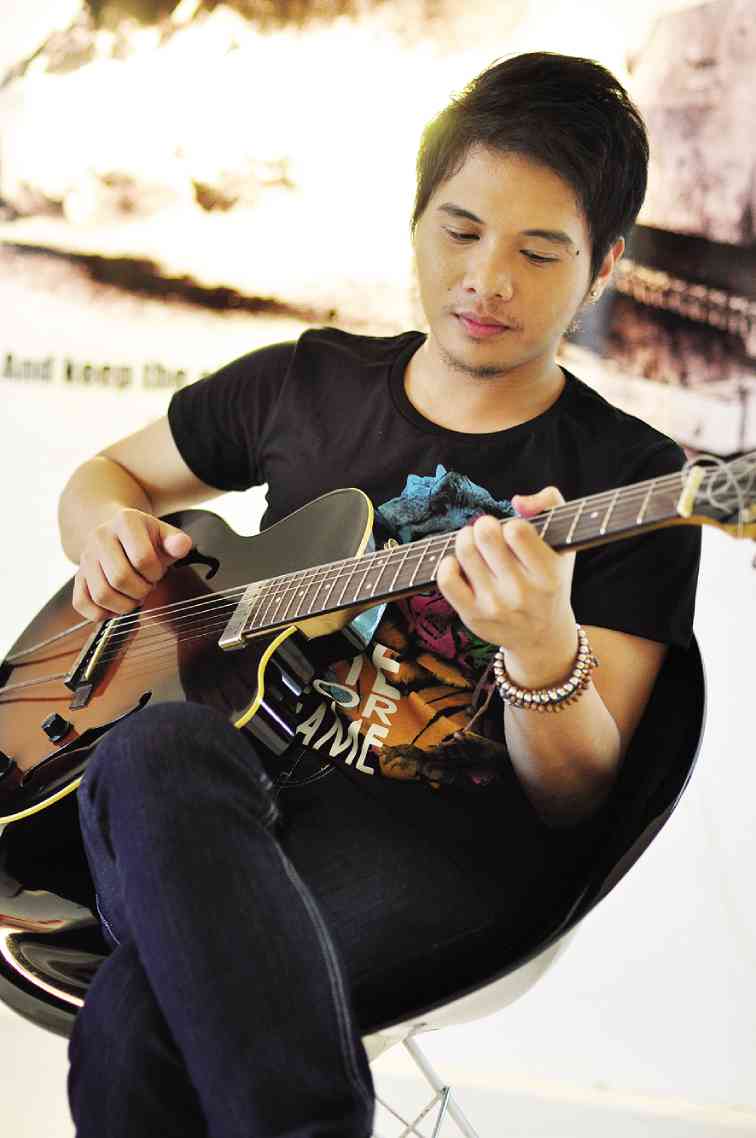 Getting ready for something big

A student of De La Salle College of St. Benilde, Gabe Piolo is a singer-songwriter who’s already carving a niche in the local underground and independent music scene.

Gifted with a captivating voice with just a hint of raspiness, and a musical style that can be described as soulful with elements of rock thrown in, he has been compared to John Mayer and Jason Mraz, both of whom he has cited as his primary influences.

Despite having been on the scene for a little more than a year, and having to divide his time between performing and attending college, he has developed a lasting impression among those who have seen him, playing a setlist of songs with catchy, anthemic choruses and a carefree, bluesy vibe that can make listeners sing along.

Piolo is ready to take the next step forward with the release of a self-titled, seven-track album set to be launched on Oct. 11.

“All of the music in the record is based on personal experiences,” he says. “All songs are written with honesty and personal belief, and each song has its own story to tell. The whole album has a taste of alternative, soul, blues and rock elements.”

As a college student, one of the difficulties he encountered during the recording process was juggling his time between recording in the studio and keeping up with his studies.

“I had to juggle schoolwork, recording and playing gigs, but it was not just my time that I had to think of, but also the people who collaborated with me. So it was pretty frustrating, but it all worked out in the end,” he says.

But being a Music Production major has also prepared him for the nitty-gritty of recording songs, as well as collaborating with like-minded people—his classmates and fellow Music

“Being a Music Production student has definitely given me advantages, especially when it comes to the technical side of recording. It’s also given me the chance to meet and collaborate with different artists, who are coincidentally my classmates as well.

“Makko Abreu and Ryan Goan contributed a lot to the album, particularly on guitars; Chislon Bolaños and Harold Go laid down the tracks for the bass parts, Charles Gener and Ive Villanueva handled the drums and percussions, Gelo Cruz the keyboards, and Allen Articulo handled the production. I couldn’t have done it without them.”