Nicolas Pichay: ‘Don’t believe people who do not believe in the power of theater’ | Inquirer Lifestyle ❮ ❯ 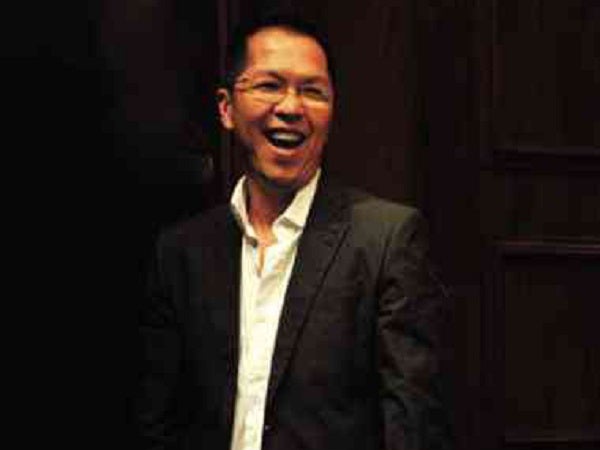 The playwright of the upcoming ‘Maxie The Musicale’ says: ‘Think like a Houdini; a box is something to escape from’

Nicolas Pichay: ‘Don’t believe people who do not believe in the power of theater’

This writer-lawyer has had a checkered life. He attended the Philippine High School for the Arts in Mt. Makiling, Laguna; became a Lucrecia R. Kasilag scholar in theater arts at UP Diliman, majoring in political science; went to law school and became a lawyer in 1988; but, all throughout, continued to write for theater, films and TV.

Nicolas Pichay went on to win many awards for his writings, and was inducted into the Palanca Hall of Fame in 2007.

Pichay is a lawyer for intellectual property rights, and the hazards of the trade have included receiving death threats in connection with criminal suits filed in behalf of clients.

Health was another hazard. There was a time he underwent a triple heart bypass and was diagnosed as having colon cancer. He underwent surgery and chemotherapy, after which the cancer went into remission. That experience became the basis for a trilogy of one-act monologues staged at the 2006 Virgin Labfest, first called “Tres Ataques de Corazon” and later rechristened “The Angina Monologues” when it was published in an anthology of Pichay’s plays.

The next chapter in the playwright’s life found him in New York studying as an Asian Cultural Council grantee with the celebrated May-i Theater Company under Ralph Peña.

Pichay is also a board member of the Philippine Center for International PEN (Poets, Essayists & Novelists), and a public speaker known for his wit and humor.

“Whether for the court or for the stage, writing is my life,” he declares. “The theater is where I found my friends and extended family. And the legal profession has provided me with a lens by which to view the world.”

Pichay’s next project is the upcoming “Maxie The Musicale,” a stage adaptation of the beloved Cinemalaya hit “Ang Pagdadalaga ni Maximo Oliveros.” He wrote the book and lyrics for the musical, which opens on Nov. 9. The show’s music is by William Elvin Manzano, JJ Pimpinio and Janine Santos, set design by Gino Gonzales, and direction and choreography by Dexter Santos. (For updates, follow @MaxieTheMusicale on Twitter.)

Too many to mention

His favorite playwrights are too many to mention: “Highly subjective—from bunraku plays to devised plays to Noh and circus and mime. I like them unexpected and challenging, and spectacular in spirit.”

His favorite directors include Tony Mabesa, Chris Millado, Paul Morales, Aureaus Solito, Maribel Legarda, Dexter Santos, JK Anikoche and “a lot more too many to mention, directors we don’t hear about who work outside Luzon.”

How about favorite actors? “Nakupu!” he exclaimed. “Highly subjective. It will take me days to mention them all.”

Pichay’s philosophy seems to be “Life is short, so do what you want.” And so, “Think like a Houdini; a box is something to escape from. You can do anything you want. You can even be a writer and a lawyer. There will always be something wrong in the legal system. But when confronted with the choice of following the law or being lawless, try, try always to uphold the law.”

With typical bravado, he asserts: “There is no money in writing, but I will always write. Embrace criticism like a long warm bath. Don’t believe people who do not believe in the power of theater.”