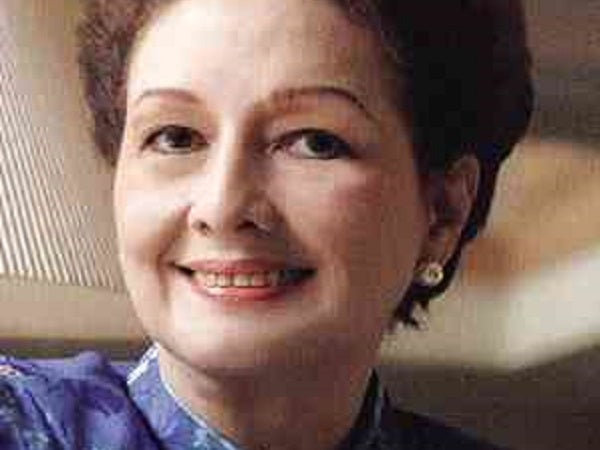 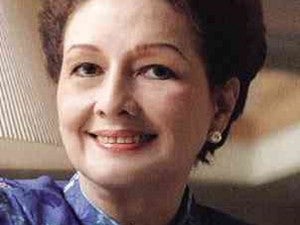 Jun and Gladys presided the champagne reception to mark the grand opening. Jun was his usual effervescent self, and Gladys exuded her characteristic glamour. She does wonders in gold and precious gems of all colors.

For about a decade, Jun has concentrated on his Makati shop. But the call, and magnet, of home has blown him back to Cebu. He is here, at his new shop, from Monday to Wednesday, then takes off for Manila.

In Cebu, he has decided to cater to brides-to-be, and is preparing a ready-to-wear line of bridal gowns. There’ll be a launch, he says, eyes twinkling with anticipation.

The Radisson Blu Hotel hosted the Cebu launch of Bambi Lamoglia Harper’s best-selling novel. Titled “Agueda: A Ballad of Stone and Wind,” the book is set in the Spanish colonial period extending to the American regime up to 1937.

Bambi was present on this occasion, collecting congratulations from those who had already read the novel and signing the title page for a long line of those who obtained it during the launch.

She also gave the rationale of the historical background that gives the story its distinct flavor, sex scenes included, “because they had to be there…”

It was quite a large crowd of Cebu’s literatti and gliteratti, welcomed by the Radisson’s sales and marketing director Ann Olalo and communications director Rica Rellon.

Greatly instrumental in making the arrangements for the event were Edu Jarque and Honey Jarque Loop. Bambi has many friends in Cebu, among them Teresin Mendezona who hosted an intimate dinner at home for her.

Speaking of books, there was a preview of a coffee-table book so big and voluminous it may need a dining room table or at least an executive desk to best read and appreciate it.

It is titled “Santamaria! My Four Seasons,” about a legend in her own time, Ingrid Sala Santamaria. Tina Ebrada asked friends from media to be the first to take a peek at its pages. Less than 10 copies have been tentatively printed.

Ingrid is a frequent guest at Tina’s home which has a well- maintained grand piano where Ingrid can rehearse to her heart’s content. “Let’s have fun,” said Tina, “with lunch at the Country Club.” She called up general manager Jerick Hechanova and plotted a special menu at the Acacia Room.

Hazel is based in Iloilo where she met Ingrid last July. She films documentaries in the Philippines and other places, and they are shown on worldwide TV networks, the BBC included.

She thinks Ingrid is, as we all do, a fascinating person, and good coverage material.

The book is actually a compilation of published articles about Ingrid from 1950 to the present. It is a labor of love and admiration by Dr. Amor Hernandez, for a long time a faithful volunteer of the Sala Foundation.

There are about 100 articles published in Manila and Cebu papers, faithfully reproduced. And there are over 500 photos that enrich the coverage of the subject.

The cover photo is a portrait of Ingrid by Joanne Zapanta-Andrada whose article on Ingrid gives the book its title.

In the epilogue, Ingrid pays tribute to former first lady Imelda Romualdez Marcos. The Good, the True, the Beautiful, as Ingrid says, “are precepts Ms Marcos has lived. I have tried to emulate her shining example.”

When the book is finalized, there will be an official presentation with its attendant panoply. A concert, perhaps, or an evening musicale? “Let’s see,” says Ingrid, to which friends retort, “Let’s hear.”

Cebu will next hear Ingrid on Dec. 27 in an evening concert at the lobby of the Marco Polo Plaza Hotel, with the Cebu Philharmonic Orchestra. Conductor is Alfredo Villanueva who is expressly coming from California for the event.

The concert will open with Beethoven’s Symphony No. 5. Then comes the Tchaikovsky Concerto in b-flat Opus 23, with Ingrid as piano soloist. Both masterpieces are very popular with audiences, being among the composers’ best works.