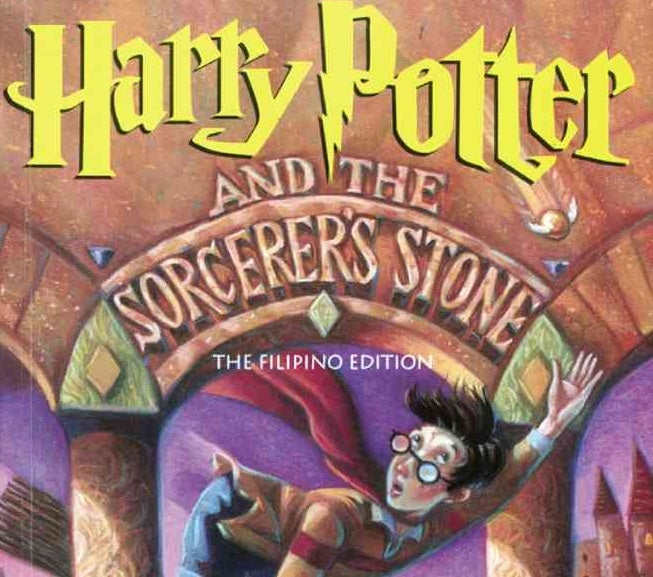 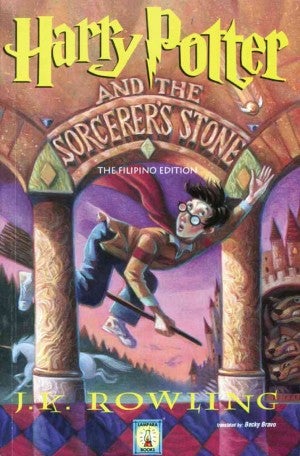 Since 1998, there have been seven million-selling, industry-saving novels, eight box-office beguiling motion picture adaptations, much magical merchandise and even a theme park in Orlando, Florida, where one can drink actual butterbeer.

Earlier this month, movie studio Warner Bros. announced that one of Rowling’s complementary volumes, 2001’s “Fantastic Beasts and Where to Find Them”—ostensibly a book by Newt Scamander that exists within the universe of the Hogwarts School of Witchcraft and Wizardry—will be made into the first of a new series of films, with Rowling herself providing the screenplay.

Now Filipinos have another “Potter”-related milestone to commemorate. “Harry Potter and the Sorcerer’s Stone” has been translated into Filipino. Published by Lampara Publishing House, Inc., and translated by Becky Bravo, “Harry Potter and the Sorcerer’s Stone: The Filipino Edition” was released last Sept. 14 at the Manila International Bookfair (MIBF).

Matias said translating the “Harry Potter” books was a no-brainer. “It’s a bestseller,” he said in Filipino. “I couldn’t let it pass me by without trying to translate it. We have Lampara, which caters to children and personally it’s one of my favorites.”

Even though many Filipinos have already bought and read the “Harry Potter” books in English, Matias said he believes there’s an audience for the Filipino translations. “I think there are many who want to read this in Filipino. It’s easier to understand in our own language.”

Matias first approached “Harry Potter” publisher Scholastic about a possible translation at the London Book Fair last year, then hunted down the contact details of Rowling’s new management. “It was a bit difficult,” Matias admitted, but his hard work paid off when he signed a contract for the translation of “Sorcerer’s Stone” in March, 2013.

For this Hagrid-sized task, Matias chose children’s story writer Bravo, a past winner of the Don Carlos Palanca Memorial Award for Literature and the National Children’s Book Award. Bravo has already translated over 50 books for Lampara over the last four years. “I liked her work in both English and Filipino because it’s fluid and easy to read,” Matias said.  Scholastic also vetted Bravo, asking for her resume when Matias asked for permission to translate the book.

Bravo said that she assumed Matias was not serious when he first approached her for the project. “It was a terrifying prospect to be asked to translate one of the most popular book in the world,” Bravo said. “It wasn’t just any book, it was Harry Potter and you absolutely cannot mess it up.”

Bravo said she kept it in her mind not to change the tone of Rowling’s original text. “If Rowling could write in Filipino, how would she translate her own words in ‘Sorcerer’s Stone,’” she said to herself. She insisted “the names of the characters, names of the spells and quite a number of English terms used in the original had to be retained.” The title alone was a good example, as Bravo did not want either “Si Harry Potter at ang Sorcerer’s Stone” or “Si Harry Potter at ang Bato ng Mangkukulam.” That’s why they kept words like “witch” and “wizard.” Bravo said “it would never do to refer to Harry and Ron as ‘mangkukulam’ or to Hermione as a ‘bruha.’” Matias was with her every step of the way, working toward a reader-friendly version. Harry is now “ang batang nabuhay” and He-Who-Must-Not-Be-Named is now “Alam-Mo-Na-Kung-Sino.”

It took Bravo almost four months to finish translating “Sorcerer’s Stone,” from March 16 to July 10. After she finished, Bravo said she slept for 12 hours and then “treated myself to a good dinner for completing one of the most challenging, most difficult assignments I’ve ever been asked to do as a writer.” Matias was quite pleased with it. “It’s easy to read, with no pretensions. Becky’s translation is straightforward.”

It would take three months but “Sorcerer’s Stone” made its maiden appearance at the MIBF. The Filipino Edition is the 68th language the books have been translated into from the original English, being added to everything from Albanian to Welsh.

Matias said the initial printing of “Sorcerer’s Stone” is 3,000 and 500 copies were sold during the two days it was available at the MIBF.

Book blogger Blooey Singson most likely has the biggest collection of “Potter” books in the country, with 125 books in total, with the new translation the 26th language represented. “The Filipino Edition also retails considerably cheaper (P199.75 to the English version’s P449) so it may capture a whole market that the English novels have not touched… There’s also the novelty factor, as a ‘Potter’ reader who has read it in English may opt to try experiencing it in Filipino.”

She acknowledged the technical challenge of the translation. “The other challenge is to consider the readers’ emotional attachment to an already well-loved body of work.” Singson liked the choice of Bravo as translator, adding that she appreciated “the effort to keep the language light for the reader. I also like how the jokes are translated so far. I’ve been laughing at all the same jokes, except now in Filipino.”

From here, Matias said he was looking forward to the next book, the Filipino version of “Harry Potter and the Chamber of Secrets.” Bravo has been chosen as the translator for the entire series if she agrees, he said.

After “Potter,” Matias said he would like to continue working toward his dream project: a Filipino translation of Gabriel Garcia-Marquez’s “A Hundred Years of Solitude.”

“Harry Potter and the Sorcerer’s Stone: The Filipino Edition” is available in paperback at Precious Pages bookstores.