James Bond is back in new novel | Inquirer Lifestyle 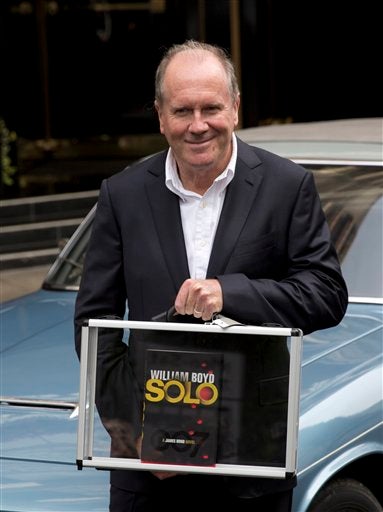 William Boyd, the author of the new James Bond novel "Solo" poses for photographers, during a launch photocall outside the Dorchester Hotel in London, Wednesday, Sept. 25, 2013. AP

James Bond is back in new novel

LONDON  — Bond is back, exactly as we remember him but also subtly different. For one thing, he looks a bit like Daniel Day-Lewis.

William Boyd, who has written a new official James Bond novel authorized by Ian Fleming’s family, says Day-Lewis would be perfect to play the 007 he’s created in “Solo.”

“Solo” is set in 1969 and takes the suave British spy — 45 years old and feeling his age — from London’s plush Dorchester Hotel to a war-ravaged West African country and to Washington.

The book was launched Wednesday with a suitably glamorous photo call involving sports cars and flight attendants, ahead of its publication in Britain on Thursday.

It will be published in the United States and Canada on Oct. 8.