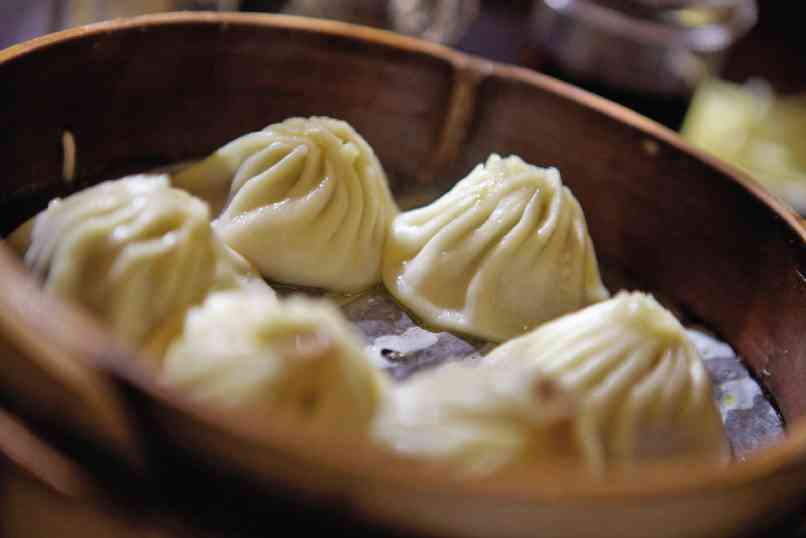 At the time when I learned how to travel, I started with a guide book. For my generation it was Lonely Planet and Let’s Go, just as it had been Fodor’s and Footprint Guides before that, all the way to the first English-language Baedeker Guide published in 1861. One read up on the history, civilization and customs of the country; visited the monuments; and went to the recommendations for hotels and restaurants with blind obedience.

No one uses travel guides anymore, it seems. Everyone cobbles together their travel information from the Internet, and instead of the authoritative dictums of the often-unnamed writers of the guidebooks, we get our information from Mrs N. of Brisbane, Australia, who screeches, “We had the most horrible experience with the service at this place!” or from VickyandMatt: “Great food, we had the meat with the brown sauce which was terrific!”

I hate Tripadvisor. I despise it with a passion and loathe its democratic, crowd-sourced opinions. And yet you can’t get away from it, because any restaurant that you look up on the web will eventually lead you to a review from Tripadvisor.

It was Tripadvisor that led us to dump after dump in Shanghai. I’ve been back to Shanghai many times since I spent summer there in 1985, when I queued up at bread lines with men in Mao suits, and bought dumplings and snapping turtle home for the family from the local market down Maoming Road.

I love Shanghai food even then—when produce was scarce and hygiene standards dubious—eating river eel and steamed dumplings at tables set out on the sidewalks. It’s been an ongoing, tumultuous love affair ever since, with brief encounters over the years like Julie Delpy and Ethan Hawke.

I was at first horrified when the tranquil view across from the Bund was broken by construction cranes, but have now accepted that the skyscrapers of modern-day Pudong are there to stay.

My restaurant list was, naturally, a little out of date, so I turned online for answers. And this is how we found ourselves eating on our first night at Din Tai Fung, a grim, cafeteria-like place that Tripadvisor said had the best xiao long bao in Shanghai. Any branch of Crystal Jade in Hong Kong has better xiao long bao than the miserable, shriveled, oily buns we bravely plunged into.

The next day I dragged the family to where people have been feasting on this iconic dish for decades, the Nanxiang Restaurant, a bustling haven of old-fashioned goodness. It has fancy abalone and shark’s fin xiao long bao, but all you need is the pork and hairy crab roe version—lots of it, and the engorged version without meat which you drink out of a straw.

We were there for the Mid-Autumn Festival, which meant that everyone was also there. Shanghai is about people—the city’s population is estimated at 25 million, and most of them seemed to be at the pedestrianized section of Nanjing Road. On the day we were there, there were also old men in silk pyjamas raiding the Shanghai Number One Food Store and turning the act of buying mooncakes into a scrum. Using my best kung fu, I managed to grab four mooncakes.

Unfortunately you’ll have to take my word for it that they were excellent. I have no idea what I was buying; I just went for what everyone else was grabbing.

Because everything was booked, the hotel staff apologized profusely that they couldn’t get us a reservation at Whampoa Club, M on the Bund, or The Plump Oyster, and we would have to settle for a second-rate restaurant called Old Beijing.

I liked it immediately—there were open windows that looked out onto the street, tables of drunken men, and families picking their teeth. Ancient, grouchy waiters brought over a young waitress to deal with us foreigners, and she guided us through the menu.

We had the best duck, aged and fruity; river prawns with hairy crab roe piled on top; stir-fried duck noodles; and a big jug of (warm) watermelon juice to wash it down. We ordered so

much that other tables stood up and wandered over to watch us eat. The bill was the way I remembered it in China: unbelievably low.

At a certain point I stopped looking things up and depended more on the concierge and serendipity. We tried Yè Shanghai in the hip and trendy Xintiandi area, which was full of foreigners and overdressed Shanghainese. It was pleasant enough, above average, but a bit too stylized. Any Chinese restaurant with a vegetarian menu is suspect as far as I’m concerned.

One of our best finds was just behind the hotel, a little canteen where you got a table the old-fashioned way—by hovering annoyingly behind a group that looked like they were finishing up.

Yang’s Dumplings, as it turned out, was an institution in the city, with its thick fried dumplings bursting with soup and charred crisp skin, and large steaming bowls of mung bean noodles with tofu puffs and fish balls.

The restaurant is ranked No. 26 on Tripadvisor, with a bunch of mixed reviews, which doesn’t make it seem like a place one should seek out. And unless you’re staying at the Bund, you probably shouldn’t, because you’ll probably find something just as good (maybe not fried dumplings, but something else) in the back alleys near wherever you’re staying. It’s hard to get a truly bad meal in Shanghai, unless you slavishly obey Tripadvisor.

If you’re into glossy, mise-en-scène restaurants like in a Wong Kar-Wai movie, then a hotel concierge or a travel magazine list can help you out. But if you like loud, cheap, local Chinese restaurants and are willing to go head-to-head with an untranslated menu, then just talk to lots of people, preferably from there, keep walking and trusting your nose. It’s a world without experts now, and anyone can write a Tripadvisor review, especially people who know absolutely nothing about good Chinese food.

But only you know what you like, and the way we travel in the future will be more about creating and remembering one’s own version of a city from the multitude and vastness.