Spanky Manikan and Susan Africa–how they are able to touch lives ‘without our knowing it’ | Lifestyle.INQ ❮ ❯ 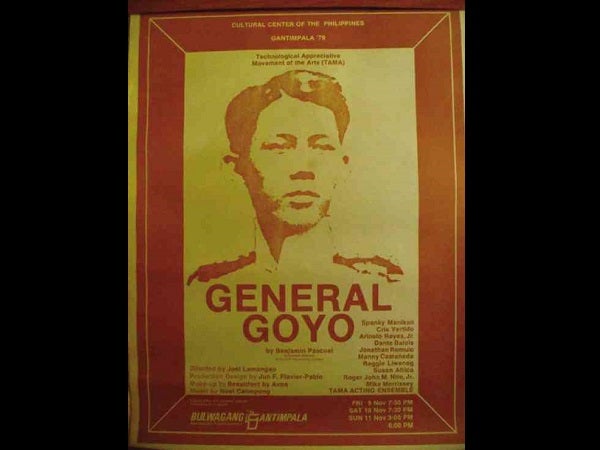 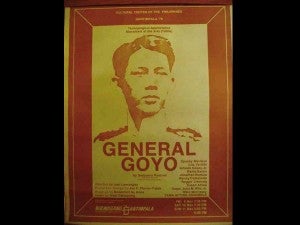 Actors Susan Africa and Spanky Manikan worked together for the first time in the Bulwagang Gantimpala production of Benjamin Pascual’s “General Goyo,” which was about the exploits of revolutionary hero Gen. Gregorio Del Pilar.

The year was 1979, and the play was directed by Joel Lamangan.

Africa was taking Fine Arts and Advertising at the University of Santo Tomas when she was lured into theater by her movie producer-aunt, Odette Marquez, who asked her to join an acting workshop in Baguio City.

“My Tita wanted me to overcome my shyness and she thought that the workshop would be good for me,” she recalls. “My classmates then were Charo Santos, Lorli Villanueva, Roi Vinzon and the late Miguel Rodriguez, to name a few. The workshop was a great eye-opener for me. Acting was a new art form! I found it an opportunity to create characters and to hide behind the facade of roles. I found it a good way to overcome my fears and sense of inferiority!”

Soon after, she joined the Philippine Educational Theater Association (Peta), where her initial mentors were Lamangan and Soxie Topacio.

Manikan, meanwhile, had musical theater in mind in the early ’70s when he sang “If I Loved You” to audition for a local production of “Carousel.” He got a standing ovation for his performance, but didn’t get the part. Three months later, he auditioned again for a zarzuela, “Halimaw,” to be directed by Nonon Padilla, and got the second lead role.

“In my ‘vindictive’ mind, I imagined that the role I had wanted in ‘Carousel’ went to a guy who was also about to be cast in ‘Halimaw.’ So I sang the hell out of ‘Sa Loob at Labas ng Bayan Kong Sawi’ from ‘Florante at Laura’ by Balagtas, with music by Lutgardo Labad. It was a showstopper!”

Manikan was already a veteran in theater while Africa was still learning the ropes when they first met in Peta. Their friendship started when Manikan started mentoring his future wife for the role of Sisa in the long-running play “Kanser,” staged by Bulwagang Gantimpala beginning in the 1980s.

Africa appreciated the helping hand, because “After playing Sisa for more than 60 performances, I felt that if I didn’t watch out, I’d be a mental case myself,” she says. “Talk about internalizing a role!”

Their relationship was thus built on the many lessons Africa learned from Manikan’s strict guidance, which eventually blossomed into a collaboration of kindred spirits. One of Africa’s last plays before she heeded the call of motherhood was “Antigone,” directed by Anton Juan, where she played the role of Ismene.

Manikan considers “Joe Hill,” a play directed by Topacio about early American unionism, as his most memorable role, and for good reason.

“After doing ‘Himala,’ people would approach me, citing my role in that Ishmael Bernal classic. One time, I was in a taxi and the driver was always looking at me and smiling. I said to myself, he probably watched ‘Himala.’ Then he turned to me and said, ‘Sir, kayo po ba si Joe Hill?’ I instantly felt that glow inside me. He said he watched me in ‘Joe Hill’ during the time when they had a strike in their company. And after watching the play, he said: ‘Lumakas ang aming loob at parati ka naming pinag-uusapan.’ That is the greatest accolade I have ever received in my entire acting career.”

“Fritz Bennewitz did not teach me how to act. He taught me how to think when tackling a material as an actor. This ran through up to ‘Puntila at Matti’, another Bertolt Brecht play I did, with him again directing.”

The couple have also become film and television mainstays. Manikan reaped widespread acclaim for his role as the photographer in Bernal’s “Himala.” Africa, for her part, got a best supporting actress trophy for the Chito Roño film “Olongapo.” She also played the mother of Judy Ann Santos for five years in one of TV’s longest-running teleseryes, “Mara Clara.”

Manikan comes from a music-oriented family. “The Manikans love to sing, as can be seen in my sister, Noemi Manikan-Gomez, who has appeared in several zarzuelas and musicals. In our many family gatherings, especially during my late father’s birthday, it was a given that the centerpiece songs would be rendered by my father and me. My brother Raul, meanwhile, is a classical guitarist.”

Africa’s family is associated with academe. “My late grandfather, Francisco Africa, was dean of the College of Arts and Letters at Far Eastern University. My aunts and uncles are educators, doctors and businessmen. That’s why the Africas were all surprised why I ventured into the arts and theater.”

The couple has worked out a system to accommodate both family time and work. “We have agreed from the very start that we should avoid working together in a project so that one of us will always be with the children,” says Manikan. “The house is still orderly mainly because Susan takes on the role of housekeeper. As my eldest child once said, ‘Mama is the disciplinarian of the house. Papa is the violator of rules.’”

Both agree that theater is a worthwhile art form and profession to pursue, despite the hardships associated with it.

“It is a medium to share cultural traditions, the humanities through literature; it’s a powerful communication tool,” says Africa. “In theater, I’ve mostly enjoyed the friendships we get to make, and that I still keep in my heart to this day. I enjoy the tension and the butterflies in my stomach before each performance. And of course, the acknowledgement that comes during the curtain call. Theater also helped me come to terms with myself, to accept all my strengths and weaknesses and how to use these in creating a role.”

“Theater has allowed me self-gratification on so many levels,” says Manikan. “On top of that, you are able to touch so many lives without your knowing it.”