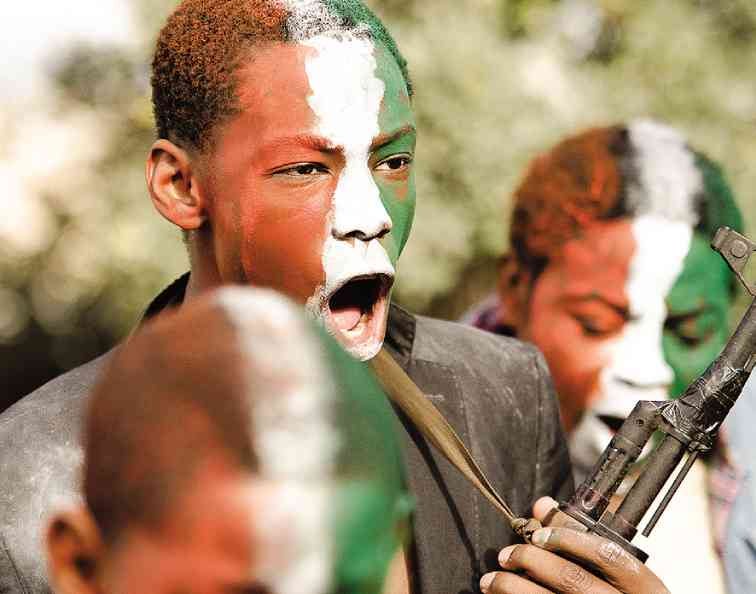 Pelicula-Pelikula, the biggest Spanish film festival in Asia, will feature the best and brightest of contemporary Spanish and Latin American cinema at the Greenbelt 3 Cinemas Oct. 3-13.

Presented by the Embassy of Spain-AECID, Instituto Cervantes, Film Development Council of the Philippines, and Manila Contemporary, the 12th edition of the Spanish Film Festival will screen over 20 films.

Foreign filmmakers will grace the festival. On Oct. 3, 7 p.m., Spanish actress Alejandra Lorente will present her touching short film “Aquel no era yo” (2012) and hold an open forum after the screening.

On Oct. 7, 7 p.m., Argentine director Gabriel Nesci will introduce his feature “Días de Vinilo.” This will happen at the Noche del Cine Argentino, organized in collaboration with the Embassy of Argentina.

On Oct. 8,  10 a.m., director Gabriel Nesci will have a cinema workshop at the School of Arts of St. Benilde-De La Salle University.

This year’s film-selection includes “Blancanieves,” the main winner at the latest Goya Awards. The rest of the lineup shows a list of genres ranging from romance-comedies (“Promoción Fantasma”) to suspense or drama (“El artista y la Modelo”).

Among the documentaries, “Colgados de un Sueño,” a film on the time painter Fernando Zobel spent in Spain, is of special interest for the Filipino moviegoer.

Filipino cinema is also present in this fest edition. On Oct. 8, at 7 p.m., director Raya Martin will present the Asian première of “La Última Película.” For the first time, the festival will also feature Chabacano films. “Noche Chabacana” is slated on Oct. 9 and will feature the best of Chabacano films released in the recent years. This new addition is a project made possible by the collaboration of the Film Development Council of the Philippines, the city government of Zamboanga and the Spanish Program for Cultural Cooperation.

Also not to be missed is the selection of the Audience Choice Award. For every five movies, members of the audience qualify to join the raffle in which they get a chance to win a round-trip ticket to Spain and other exciting prizes. 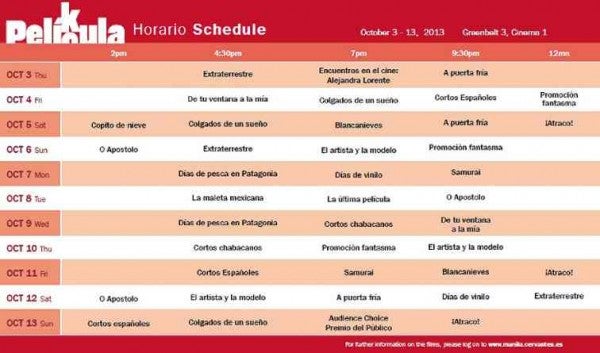