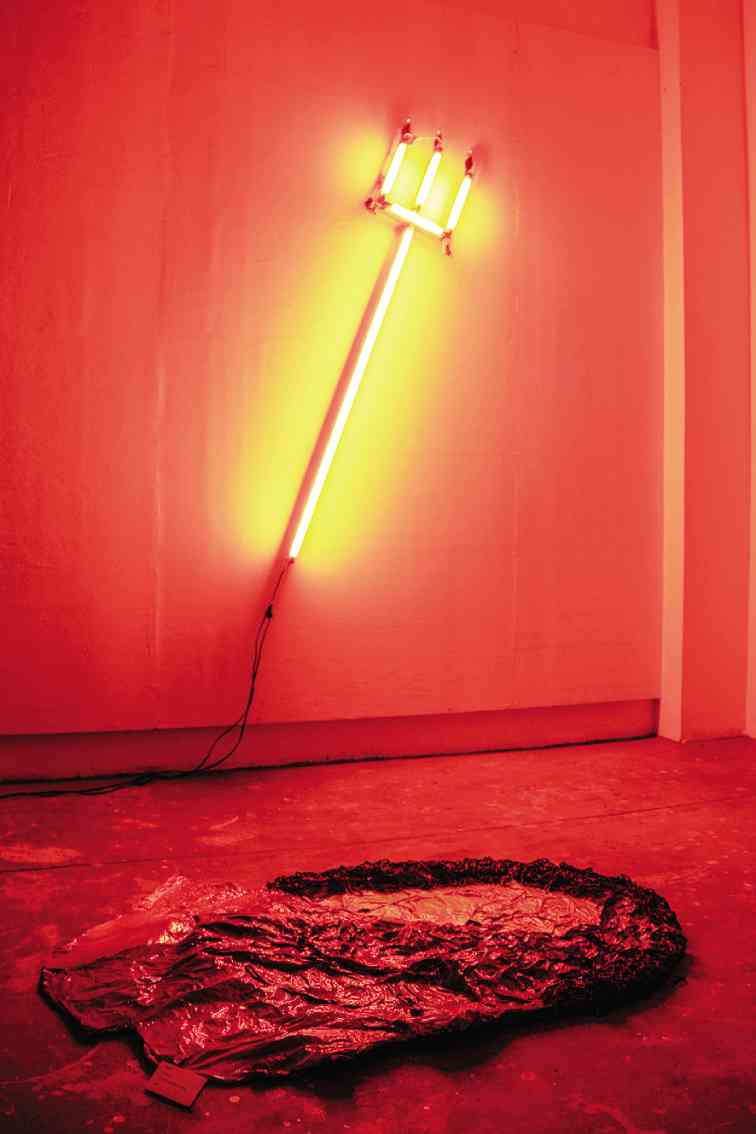 “Dirty, poorly dressed and filled with love” could be the exact description of Filipino artists—the reason why a group of young ones had to put it in visuals.

The show, which opened on Aug. 30, was inspired by Chilean writer Roberto Bolaño’s poem “Dirty, Poorly Dressed.” It  runs until Oct. 10 at the Erehwon Center for the Arts in Old Balara, Quezon City.

The exhibit features works of 24 Manila-based and international artists who define the social and political milieu of our time.

“We have handpicked contemporary artists who are 25 years old and below to express fresh ideas for the exhibition,” Cristobal said.

“Dirty, Poorly Dressed, and Filled with Love,” said Cristobal, shows that the Philippine art industry can still give hope to  young artists so they would not end up as stereotypes. The paintings, sculptures, installations, films and videos are spread out in the lobby and Gallery 1 and 2 of the Erehwon building.

The first few pieces that welcome the viewers are “space”-themed works. One notable piece is Marianella Mendoza’s woven-abaca doily hanging on a corner like a spiderweb.

Mendoza, 21, explained that crocheting was often represented as a domestic craft and labeled as the hobby of old women.

“It’s like bringing something domestic outside of the domestic sphere; I wanted to get rid of that context and take it to another level,” she added.

Mendoza started with works using cotton yarn and acrylic for materials. She used abaca for the exhibition because of its abundance in the Philippines.

Like Mendoza, Inna Llamas, 20, wanted to veer away from the pressure to conform to mass media. “Idehyde,”  Dutch for “vanity,” is made of tracing paper and epoxy and shows the mess of mass media.

“Why are we conforming to mass media? And why do we follow and copy most of what we see on advertisements? I think it’s too much,” Llamas, daughter of President Aquino’s political adviser Ronald Llamas, said.

Neil Callado, 19, said he tried to avoid being confined to typical techniques in the visual arts.

Inspired by Van Gogh’s “ Starry Night,” Callado’s work uses fabric and rags to add texture to  a rather flat piece.

“I thought acrylic was not enough because I want the painting to be expressive and gestural,” he said.

He thought that the work could be wall-bound and flat but can also maintain texture in its 2D form.

Also running at Erehwon is the memorabilia exhibit honoring the late National Artist in Literature Francisco Arcellana. It  also runs until Oct. 10.

His son, essayist and poet Juaniyo Arcellana, has launched the book  “Impostor Moderne,” published by Erehwon.