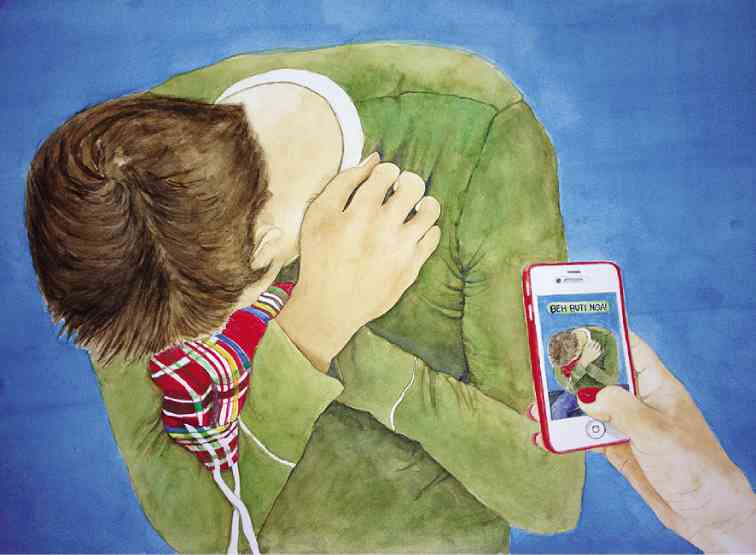 Songwriter and advertising man Dennis Garcia says that the main reason why the visual arts have yet to appeal to a large audience is that they are hard to understand.

Garcia laments that many visual artists today are “too artsy-fartsy,” trying to pass themselves off as “sophisticated” and “deep” to the point that their paintings only strike a chord with their peers or to an elite circle that can afford to purchase expensive pieces of art under what he calls “eccentric themes” and “strange titles” like “Dementia 07.13” or “DigitalScapes.”

“Too much angst, too little joy,” says Garcia on his blog.

But what if paintings became more like the covers of long-playing albums of the 1970s, which were “uncomplicated, well-thought out, visually exciting and worth collecting,” and downright simple?

Garcia believes that such a feat can be accomplished, especially if like-minded colleagues and friends would take up the challenge to provide people with a new way of appreciating art.

The result of this effort to put Filipino pop music and art together in a visual package is “Pers Lab Atbp”—a multimedia event that seeks to interpret the playful lyrics to the songs of Hotdog, the band that Garcia, his brother Rene, and a bunch of high-school friends formed in the early ’70s.

The featured artists did not lack for inspiration since Hotdog—regarded as the prime exponent of the Manila Sound— had recorded popular tunes including “Ikaw ang Miss Universe ng Buhay Ko,” “Manila,” “Bongga Ka, ’Day,” “Annie Batungbakal,” and, of course, “Pers Lab.”

Cruz has spent many years in Malaysia and Indonesia as advertising creative director.

Pedro is currently a creative director at the ad agency Draft FCB. His artwork for Hugo Boss has made it to billboards in New York and Madrid.

Portillo was a onetime Camay Girl and was responsible for discovering other talents for advertising. As a painter, her medium is watercolor.

Magdamo is an art director and photographer who has garnered awards in photography, graphic design, advertising and digital art.

He started from drawings and installations and has moved to oil and acrylic paintings, prints, mixed media and collages. His themes, however, have always revolved around Surrealist themes.

Garcia is an advertising veteran in the Philippines, Malaysia and Indonesia. He took painting as a hobby two years ago, inspired by a Dutch artist in Bali. Through the exhibit, Garcia gets to enjoy his two loves—music and painting.