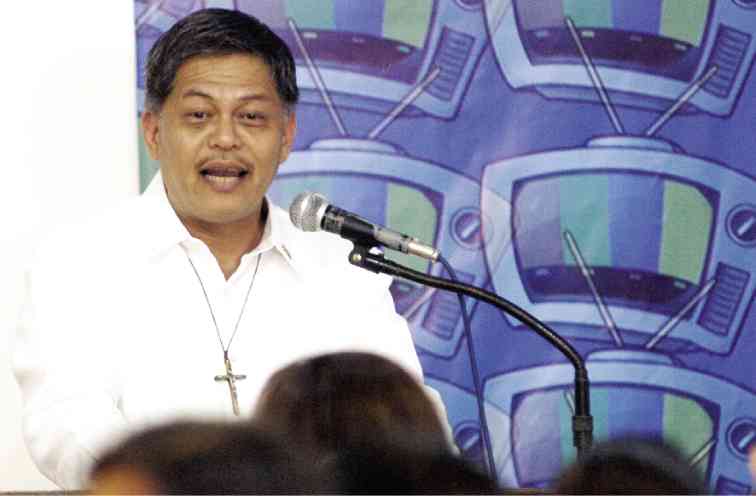 EDUCATION Secretary Armin Luistro. His own memorandum has been overruled by lower DepEd functionaries. ARNOLD ALMACEN

Writers and literature educators are protesting the decision of Department of Education (DepEd) functionaries to drastically downscale the literature and humanities in the new “K to 12” program, which is supposed to add two  years to basic education so as to better prepare Filipinos for higher education.

Specifically they are protesting the decision of the DepEd to downgrade the core literature subjects in basic education.

The decision involves collapsing the two  core subjects in  Grades 11 and 12—21st-Century Regional Literature and World Literature—and combining them into one.

The two courses had been approved for inclusion in Senior High, under the K+12 renovation program, signed and issued in a circular by Education Secretary Armin Luistro last February.

Tasked to design the curricula was the Commission on Higher Education’s (CHEd) technical panel on literature headed by literature scholar Lulu Torres Reyes of the Ateneo de Manila University.

But a decision to collapse the two subjects into one was unilaterally made by  DepEd functionaries apparently during its Senior High School Core Curriculum Finalization Workshop last Sept 23-27 in Tagaytay City.

As a result, the functionaries appear to have overruled Luistro himself.

The decision was made without consultation with literature and humanities teachers and scholars and educational planners.

“It is ironic that while K+12, as the K to 12 program used to be known, seeks two more years to basic education, literature and the humanities have been subtracted from the new curriculum,” the Philippine PEN writers group said.

PEN said  DepEd obviously made the decision “out of ignorance.” It added that DepEd planners showed their ignorance and “contempt of the humanities” since collapsing Regional Literature and World Literature “is pedagogically impossible.”

In its 2012 Congress, in fact, the Philippine PEN passed a resolution submitted by novelist Rony  V. Diaz expressing alarm at the downgrading of literature and humanities in the proposed K to 12 curriculum.

The request was contained in a letter dated Sept. 27 sent by Mike Coroza, Umpil secretary general, to Ocampo.

Umpil urged DepEd to consult with experts in literature and humanities education.

The Technical Panel for Literature Education of  Commission on Higher Education (CHEd) has warned DepEd that reducing literature subjects in basic education would weaken the college readiness of high-school graduates.

In a Sept. 24 letter to Ocampo, the CHEd literature panel said it was protesting the decision of the DepEd for the following reasons:

1. There was no consultation done with the Technical Committee for Literature on the reduction and “integration” of the two subjects;

2. The reduction will weaken the college readiness standards of graduates;

3. The reduction will undermine the core values of critical citizenship and creative imagination that  Literature fosters;

4. The reduction is a midnight decision.

“We demand the restoration of the original number of hours from 80 hours to 160 hours,” the CHEd panel wrote. “We request for a meeting with you and Bro. Armin Luistro to find ways to resolve this issue immediately.”

Aside from Reyes, the letter was signed by all   members of the CHEd panel on literature education, all of them leading writers and scholars: Victor Emmanuel Carmelo Nadera Jr. of the University of the Philippines; Joyce  Arriola of the University of Santo Tomas; and  Charlie Samuya Veric of Ateneo.

Earlier, Ocampo had e-mailed Reyes denying that there was no consultation. She said  she had asked Luz Vilchez of Ateneo,  head of the CHEd Technical Panel on the Humanities, about the matter, thinking that her panel and that of literature education were one and the same thing.

(But electronic communications by Vilches informing the technical committees, like education under the Humanities panel, never mentioned that DepEd had asked for the collapse of the two subjects.)

Therefore, no consultation with the CHEd panel on literature education and other literature-education planners took place.

The news was surprising especially since Luisto had already approved the curriculum as of February 2013. The approval is contained in  Memorandum Circular No. 20s2013.

Moreover, in the countless meetings attended by the literature technical panel and CHEd about the K to 12 curriculum, the reduction and integration of the literature-courses was never presented on the table.

Communications by Vilches showed that she had never discussed it with the panel in any of its meetings, and, in fact, the panel members were all caught by surprise by the news.

After many months of working on the formulation of the literature curriculum for senior high school, the CHEd literature panel said it was “shocked” by the development.