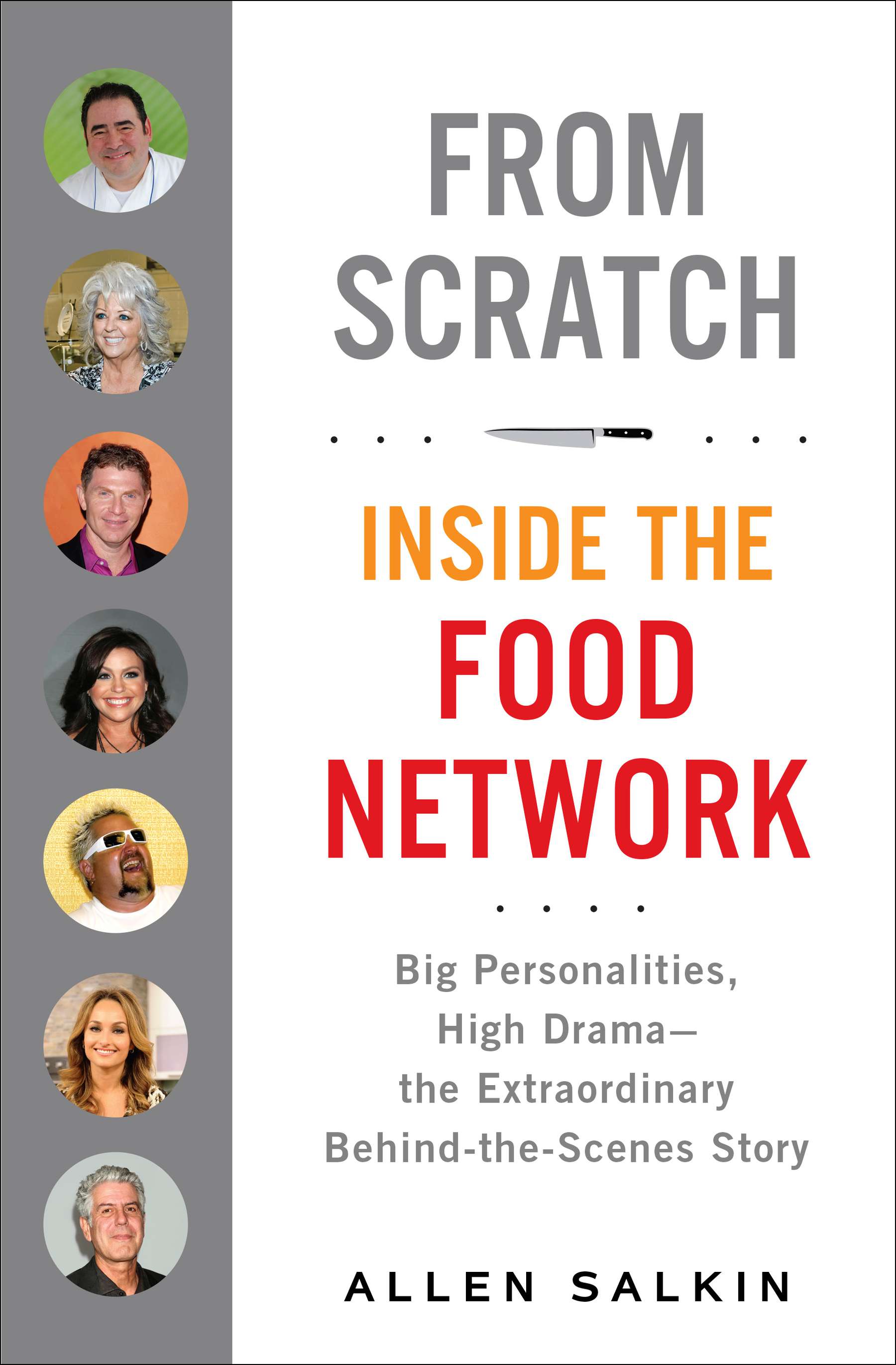 In the early days of the Food Network, chefs taped shows in kitchens where sinks emptied into buckets that had to be carted out between takes. One chef’s original set had no oven, so he improvised by lowering the dish out of view, then stamping his foot to imitate the sound of an oven door shutting. A former stripper was the chief financial officer.

In “From Scratch: Inside the Food Network,” Allen Salkin guides readers through the history of the network, from its start in the 1990s to today. Along the way, Salkin serves up plenty of stories that will surprise and entertain.

For example, one of the network’s first employees sent a cake with her resume and was hired, even though the cake was made from a mix. The network’s 1996 election night coverage included a sheet cake depicting the United States, and states were frosted either red for Republicans or blue for Democrats as the returns came in. And an episode of the show “Too Hot Tamales” aired with an unplanned clip of pornography spliced in, leading to visits from the FBI.

Other treats: “Iron Chef America” contestants were given three possibilities for the show’s secret ingredient 24 hours before the episode was shot, a fact that wasn’t revealed to viewers, and Emeril Lagasse was self-conscious about his bald spot, so a makeup artist used a black cosmetic powder to cover it up.

To get these morsels, Salkin talks to an impressive array of people, including many of the stars. In addition to Lagasse, he tells readers he interviewed Rachael Ray, Anthony Bourdain, Paula Deen, Guy Fieri, Mario Batali and Bobby Flay. Salkin acknowledges that some stars snubbed him. Among those who declined to be interviewed at length: Alton Brown, Ina Garten, Robert Irvine and Giada De Laurentiis. Salkin manages to dish about them anyway.

There is one weakness in the book that Salkin concedes from the outset. There are a lot of characters. Keeping track isn’t easy, and Salkin doesn’t do much to help the reader remember who is who. Another gripe: Quotes that appear in gray boxes throughout the text are like good but ultimately uneaten leftovers — a waste. If the text was going to be broken up frequently with anything, pictures of people and sets would have been a better choice. There’s a section of pictures in the middle, but that’s hardly helpful as you’re reading.

Still, for Food Network addicts hungry to know more about the network, Salkin’s book will hit the spot.