‘Why Christianity must change or die’ | Inquirer Lifestyle ❮ ❯ 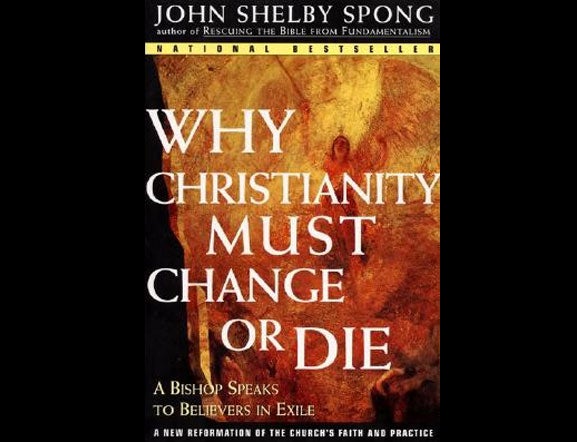 ‘Why Christianity must change or die’

Pope Francis’ uncharacteristically un-Pope-like statements in a recent interview with a Jesuit Journal was welcomed by liberal and progressive Christians around the world, but condemned by the more conservative ones.

In that interview, the Pope said “the Catholic Church should be less concerned with its obsession with abortion, contraception and homosexuality” and focus more on “compassion and healing those who felt wounded by the Church.”

Although addressed to the Christian world in general, the statements of the first non-European Pope in 1,300 years of the papacy seem to apply more directly to the Catholic Church in the Philippines than to any other country because of the local Church’s vehement and obsessive opposition to the reproductive health (RH) law, which it has mistakenly equated with abortion.

Conservative Catholics need not worry about the Pope’s liberating statements because, although the Church has long been in need of radical reform, Pope Francis’ statements could hardly qualify as even mildly reformist in tenor and intent. He was not talking about a change in doctrine, but a change in attitude.

The incoming CBCP head, Archbishop Socrates Villegas, tried to deflect the impact of the Pope’s words by saying they will heed the Pope’s statement but “we will continue to fight the RH law. He does not forbid us to fight against these issues.”

What the Pope really meant by his candid pronouncements will continue to be debated by both the conservatives and the progressives. In the end, as always, the truth will suffer in silence and be thrown into oblivion.

The Catholic Church in the Philippines appears to my mind to be the modern incarnation of the Pre-Christian Sadducees who were more concerned with the literal interpretation of the Law of Moses rather than with its spirit. The Church has not kept pace with the changing consciousness and needs of the people it was supposed to serve. It has failed to answer their deepest doubts about the role of the Church in their daily lives.

As retired Archbishop John Shelby Spong of the Episcopal Church in New Jersey pointed out in his thought-provoking book, “Why Christianity Must Change or Die” (published by Harper-Collins Publications in 1998):

“Institutional Christianity seems fearful of inquiry, fearful of freedom, fearful of knowledge—indeed, fearful of anything except its own repetitious propaganda, which has its origins in a world that none of us any longer inhabits…

“The words of the Apostles Creed, and its later expansion known as the Nicene Creed, were fashioned inside a world view that no longer exists.”

Bishop Spong’s provocative book courageously questioned the long-held Church beliefs and doctrines that seem not only outdated but clearly illogical and incredible in the light of current technical and scientific knowledge, such as God’s omnipotence, the virgin birth of Jesus by the teenaged Mary, and even Christ’s crucifixion and resurrection.

But such radical views have not shaken Archbishop Spong’s long belief in Christianity and in Jesus Christ. He considers himself “a believer in exile.”

He is the author of no less than 15 books, which have made him not only the most highly controversial Christian church official but also a target for assassination by conservative Christians offended by his radical and, to their mind, clearly heretical, views. They do not want merely to gag him, they want him killed!

He confirmed that he has been a recipient of 16 death threats from Bible-quoting “true believers.” He has also been attacked by the religious right, all of which only succeeded in making him popular and a most sought-after speaker.

“Actually,” he said, “I am, grateful to my critics. What they unwittingly did was to identify me as a resource for the religious seekers of our world who yearn to believe in God but who are also repelled by the premodern literalizations that so frequently masquerade as Christianity.”