The future looks bright for this smart Pinay | Inquirer Lifestyle 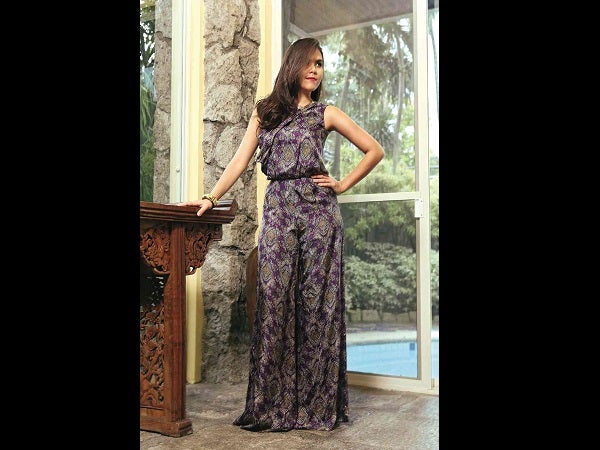 The future looks bright for this smart Pinay

Meet Maxine Litre, only daughter of Patrick and Karen (nee Cancio), who has an exciting, bright future as she makes full use of her time before she finishes college and starts working.

Born of a French father who met her socialite mother in Manila 26 years ago, Maxine is a Eurasian beauty with a toned body to match. But what is amazing is how intelligent and street-smart she is.

Her mother Karen was the life of the party in Old Manila society before marrying a foreigner and living abroad.

Based in America at present, Maxine is the smartest girl I have ever encountered— and she is barely 20 years old.

You left Manila at the age of 6. Tell us about moving from Australia to America, and then to Europe for vacations.

We moved to Sydney, Australia, when I was 6, moved to Bethesda, Maryland, three years later, and then Atlanta, Georgia, three years after that. We also spent a lot of time in France over the years, during summers and Christmases.

Sydney was an absolutely dream-like place to live in. We lived right on the beach. Almost every day there was a special memory, and because we knew that move was going to be temporary, my parents emphasized the importance of appreciating every moment and living life to the fullest. That was such an important lesson for me to learn at a young age.

I remember the first time my brother and I went to an American grocery store—sensory overload. Atlanta is now home to me, and I am so lucky to be able to call it that—Southern people are the only people I’ve met who can even come close to Filipino hospitality. Finding a community of like-minded peers with such diverse backgrounds has been very special to me.

Where did you go to school? Describe what each school was like for you.

In Manila I attended Eurocampus, and honestly I don’t remember too much of it. My first crush was a little red-haired boy from Australia who, funnily enough, my family ended up reconnecting with when we moved there.

My Australian school was called SCECGS, an Anglican private school where I wore a uniform every day and where I was sorted into a “house,” like in “Harry Potter.”

I attended the Lycee Francais in Maryland, where I was formally educated in French for the first time. It took me a while to catch up as I was missing some of the basics of written French. It is an extremely hard language in writing, and my parents realized that, even at a young age, I was very hard on myself and very motivated to excel in academics.

In Atlanta I attended Atlanta International School (AIS), and I think that was the best scholastic experience I had before college. The students considered themselves “nomads under the same tent”—an eclectic collection of people from around the world, sharing and learning together. I met some of my life-long best friends at AIS.

I decided to transfer to another Atlanta school late in high school because I thought it would improve my chances of getting into a great college. I actually experienced culture shock. Westminster is an excellent school, but is also a very conservative, religious prep school. However, it prepared me well for American university, and it challenged me academically.

Where did you go for college? How did each school year unfold in Stanford? What special activities marked each year?

My first year in school I joined a play. It was fun to get to perform in college, and that experience set me up to be outgoing and proactive about meeting all the amazing people in my class. I ended up running as president of my class and won!

Sophomore year I served as one of four class presidents for the class of 2013. It was a huge honor. A lot of work, but a lot of fun, too. I also joined a sorority, something I had never really considered before, and was thrilled to be surrounded by motivated, compassionate and inspiring women.

Junior year was very focused on studies, and I chose not to go abroad. I stayed on campus and conducted research with a professor in my department, and got to help him with a book he recently published. It was very cool to get to see my name in the acknowledgments page of a book!

I’m now a senior and am just trying to soak up as much of this final year as I can. It’s like Australia all over again.

I actually have two majors: Communication and French Literature. I came into college thinking I would be an International Relations major, since that made the most sense with my background and interests. I stumbled into a Communications class, in the winter of my freshman year, called “Media, Culture and Society.” I became fascinated with media studies, particularly the evolution of social media and its effect on industry and culture. That’s how I decided to be a Comm major.

I took French classes on the side; eventually I realized I had taken so many that I might as well double major.

I think the number one resource that universities give their students are their people—the professors who will inspire you to choose a major or do research or write a thesis, or your peers who will point you to different directions and toward different opportunities, or older students who will mentor you and guide you.

It is important to look at what’s happening in the world. In addition to being very interested in media studies, I also recognized that social media is a rapidly growing industry. It is the future.

You did an internship after your junior year. How did you snag this internship? Where did you go and what did you do? Where are your plans for the future leading you?

A year earlier, the summer of my sophomore year, I worked at a cool social media marketing startup in Silicon Valley. It was extremely fast-paced and hip, with young employees, yoga balls instead of chairs, a laid-back office culture, and even a keg in the office! I loved it but realized I wanted to experience a work environment that was a little more structured.

I had been familiar with the management consulting industry through family and friends who worked in it, as well as through Stanford alumni and career-development resources who always said it was one of the best jobs you could get out of college. I started doing research on it pretty early, and decided I wanted a management consulting internship. Unfortunately, these are very competitive to get.

But I was determined. I started studying for case interviews, the specific kind of interview that consulting firms use in their application process.

My dream internship was in Bain & Company’s New York office. It was a 10-week internship and I got staffed with a team doing private equity work. This work is notorious for being faster-paced, more intense and having longer hours.

I absolutely loved the work. Basically, my supervisor would give me a general question, such as, “What is the market size of every competitor in this industry?” and I would do a lot of research and try to come up with not only the answer, but also the best way to present the answer.

It challenged my problem-solving, critical thinking, teamwork and general business sense abilities. I loved it!

I am extremely thrilled to be going back to work for Bain in New York starting in 2014. They approved my request to defer my offer for one year. I am still figuring out how I will spend that year. I am hoping to do some traveling with my family, work in education research in Atlanta, and for a nonprofit in the Philippines.

But if anyone has any ideas, let me know.