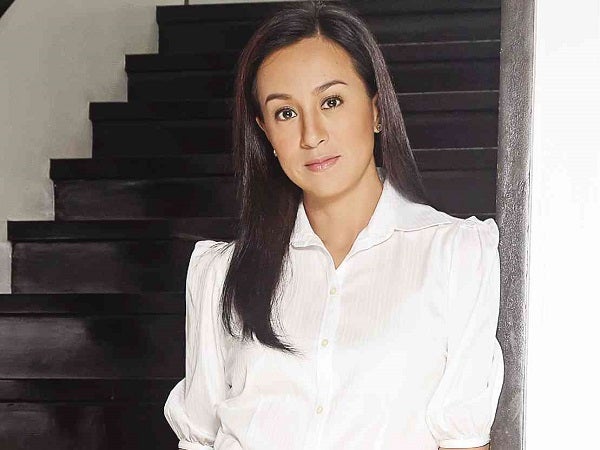 THE IOC, she says, also wants athletes to have a life after they retire. ANDREW TADALAN

Mikee Cojuangco Jaworski offers us caramel cake from Costa Brava, a gift, she says, from a friend who congratulated her on her election last month as the new Philippine representative to the International Olympic Committee (IOC).

At 39, Mikee has not lost her youthful looks, although she admits having a bit of flab around the waist. “I eat anything,” she says, before quipping, “Okay, I’ll never eat horse, or rat, or dog.”

The mention of horse seems second nature for someone who has been an equestrienne since she was 10. She has not stopped riding horses, either to relax or to join competitions. Having won prizes here and abroad, she has become one of the country’s most prominent athletes.

Her stature was a key factor in her nomination and election to the 112-member IOC. She happens to be the first Filipino woman and only the third Pinoy (Jorge Vargas was the first) to assume the post, after Frank Elizalde had to retire when he turned 80 last year.

Mikee was formerly secretary general of the Equestrian Federation in the Philippine Olympic Committee (POC). She had to quit the position when her father, Peping Cojuangco, became POC president.

The prospect of joining the IOC was broached to her by Stephen Hontiveros, POC secretary general.

“He asked me if it was something I would consider,” she says. “I sought Mr. Elizalde’s advice. I didn’t know what the job would entail.”

She recalls Elizalde—whom she knew as a reticent but frank sports official—persuading her to “go for it,” after telling her that the IOC is not only involved in the Olympics itself, but also in programs that prepare an athlete to possess the values and abilities to compete in the Games.

“He asked me to read the Olympic charter,” she recounts. “And then he told me, ‘You know what, maybe it wouldn’t be a bad idea considering that the IOC is pushing for more women to participate in sports, and the goal of having 20 percent women in its membership.”

Mikee herself has been living a life of privilege, though she points out that her parents taught her at an early age about the heavy responsibility of being rich and powerful.

But even as she dreamed of becoming a congresswoman, senator, vice president and president during her formative years, Mikee’s first ambition was to learn how to ride horses.

She wanted to ride one when she saw her older cousins Rocky Lopa and Rina Teopaco doing it. “I was forcing my dad to make me ride pero ayaw niya kasi delikado. I was only 8 years old.”

What her father taught her instead was bowling. Learning how to roll balls was fine; in fact, she had fun because she was ambidextrous. But she knew her dad was just trying to distract her interest in horses.

She was taught another sport, golf, until finally, when she turned 10, her dad relented, on the condition that she would not neglect her schoolwork.

Competing as an equestrienne seemed a natural course, she says. “I realize now that people get into sports not necessarily to compete, but just to be fit because they enjoy it.”

While she loved competing, Mikee says she also enjoyed her academics, graduating as an AB Psychology major at Ateneo.

She was 17 and still in school when she found herself in the public eye as the first commercial model of the watch brand Swatch.

Soon she was acting in movies and on TV—a career move that has served her well. She recalls her dad telling her that after college and when she gets married, she had to support herself.

In 1997, she met her future husband, Robert Jaworski Jr. or Dodot, on a group date set up by Vince Hizon and Toni Leviste, who were dating at the time.

“Toni and I talked about horses the whole night, and Vince and Dodot talked about basketball. We ate more than they did which was a bit shocking for them, I think,” she says.

Marrying Dodot two years later was a lifestyle change that meant quitting show biz and lessening her equestrian competitions. But it also meant embracing something that would last beyond careers, she says.

The family makes a living through a foreign language school which, Mikee says, they have been running for several years; Dodot also co-owns, with high school friends, a company that deals with call centers; and they’re building a resort in Morong, Bataan.

She may be busy attending to business matters and raising their kids, but Mikee is still excited about her involvement with a sports body.

“I would like to make the most of what I have now,” she says. “The IOC is a pretty long commitment.” (The mandatory retirement age is now pegged at 70.)

But isn’t she intimidated by the unsavory image of political maneuvering in sports?

“Politics exists everywhere,” she says. “I’ll deal with it as it comes. I’m not interested in worrying about issues before they come. I just feel like there’s so much good to be done. I firmly believe that there’s always room for improvement and learning in every human being. I’d rather remind myself to be that person.”